Get a real taste of the Highlands with a short drive to Loch Lomond, where there is an opportunity to enjoy a cruise on the loch. Later tour through The Trossachs, a scenic area known as the “Highlands in Miniature”. There is time to visit Stirling Castle, once the home of the Scottish Kings and Queens, before returning to Glasgow.

Loch Lomond - take a cruise to experience the best views of the “bonnie, bonnie banks”

Luss - if cruising isn’t your thing, enjoy a stroll around this pretty conservation village with incredible loch-side views

Rob Roy - hear the gripping tale of this legendary outlaw

The Trossachs - enjoy a scenic drive through this picturesque region of mountains, lochs and forests

Stirling Castle - why not visit this magnificent castle, a favoured residence of Scotland’s Kings and Queens

Movie locations - Rob Roy, Being Human and The Eagle

We start our tour with a drive along the banks of the River Clyde to Balloch, the gateway to the Loch Lomond and Trossachs National Park.

To the north, striking mountains guard the “Queen of all Britain’s lakes” while, to the south, islands span Loch Lomond like giant stepping stones! You can get the best views of the “bonnie, bonnie banks” by taking an optional one-hour cruise on the loch.

Alternatively, you can enjoy a stroll around the picturesque village of Luss and savour the loch-side vistas.

The Trossachs is a beautiful area of lochs and mountains known as the “Highlands in Miniature”. We will make a stop for lunch in the pretty village of Aberfoyle before continuing our exploration of this picturesque area of Scotland.

The beautiful Trossachs was his homeland, and during your tour, you’ll learn of the daring exploits which made him a hero to his own people - and Scotland’s most notorious outlaw.

A real highlight is our visit to the medieval city of Stirling. Here there is an opportunity to visit Stirling Castle.

The Castle overlooks the ancient city of Stirling and is one of the historic buildings that have come to symbolise the spirit of Scotland. Our extended stop in Stirling will allow a leisurely visit to the Castle or a chance to explore the city itself.

As we depart from Stirling, we will pass the site of the Battle of Bannockburn, which took place in 1314. The Scottish army led by King Robert the Bruce had a famous victory leading to Scotland’s eventual independence from England.

From here, we join the motorway for the short journey back to Glasgow. 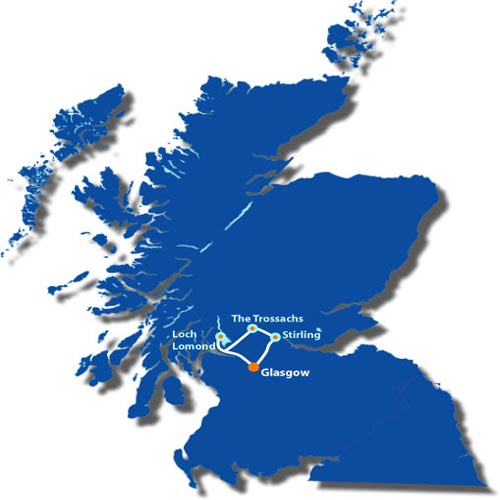 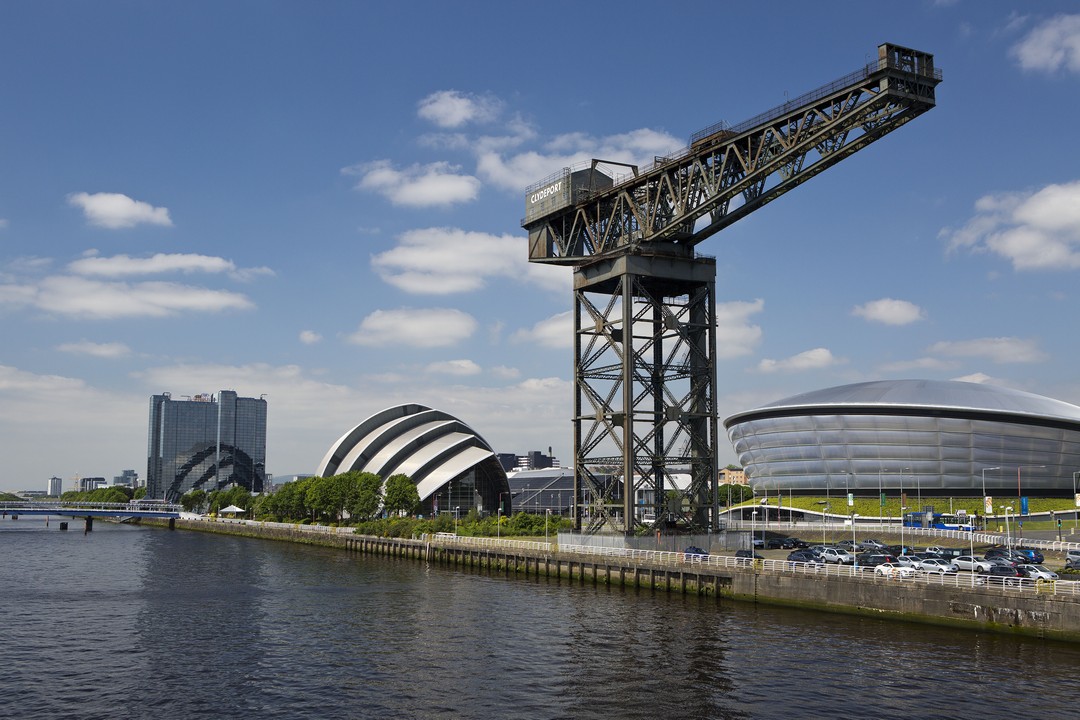 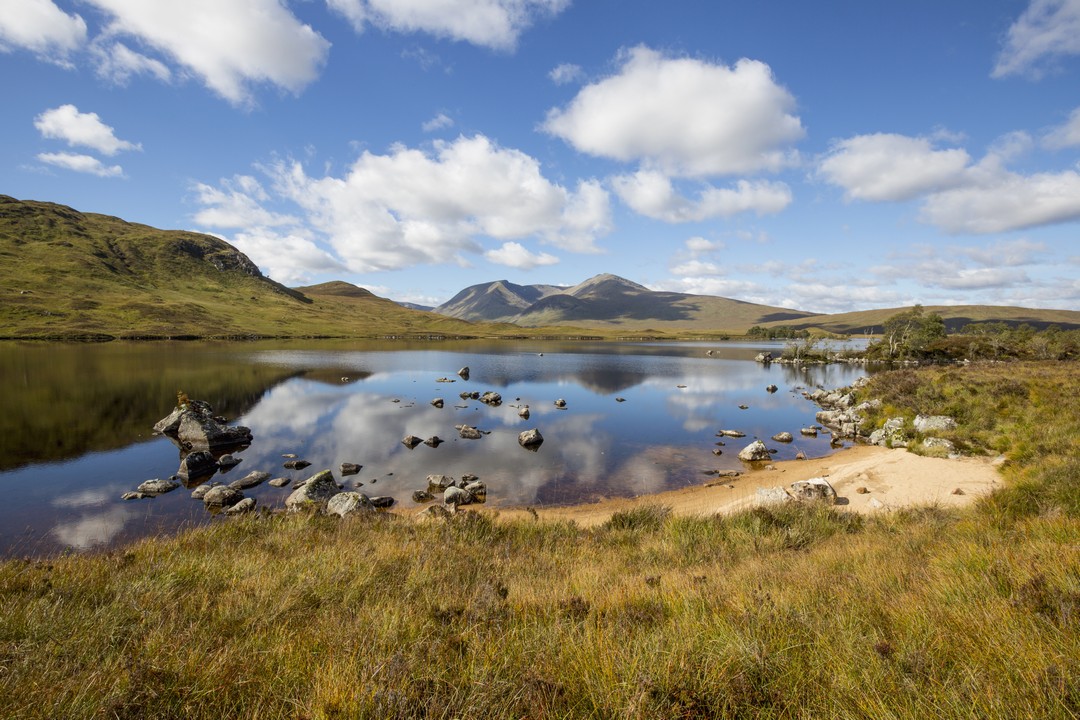 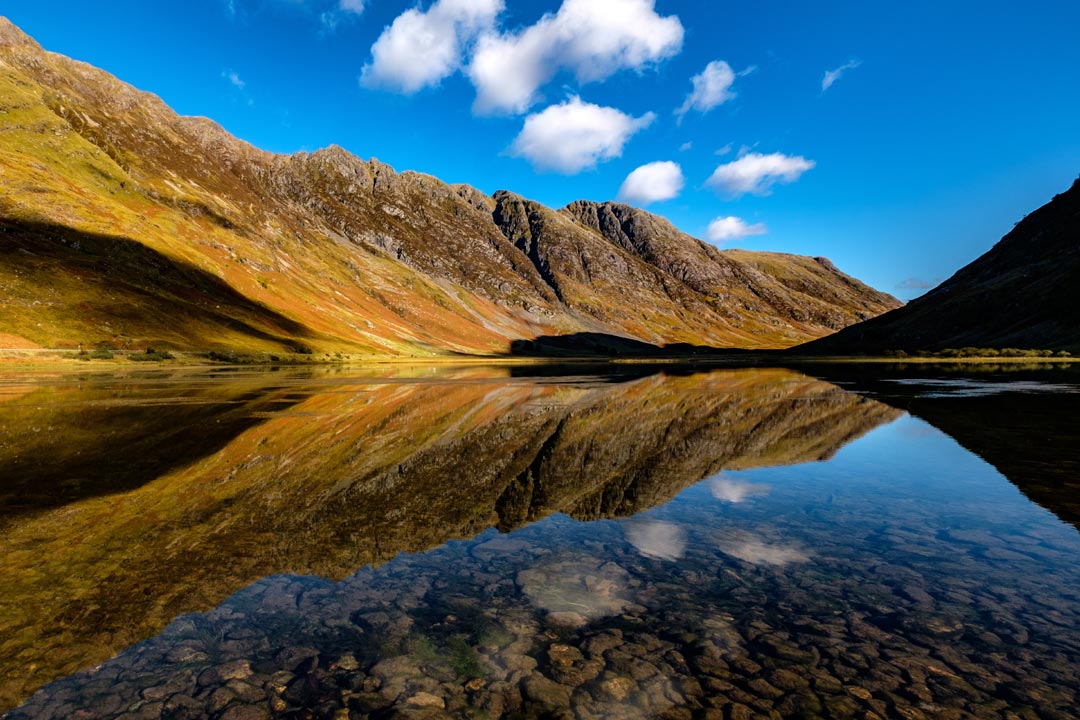