2. Glasgow is the largest city with a population of approximately 660,000 residents.

4. There are five other cities Aberdeen, Dundee, Inverness, Perth and Stirling.

6. Scotland constitutes around 34% of Britain''s landmass and is roughly two-thirds the size of England.

7. Points on the compass: most westerly point on the mainland: Ardnamurchan Point; most northerly point: Easter Head, Dunnet Head; most easterly point: Keith Inch, Peterhead and most southerly point: Mull of Galloway

8. The mainland has the sea on three sides, and there are few places in Scotland more than 40 miles/64 km from saltwater.

12. The three highest mountains in Scotland are: 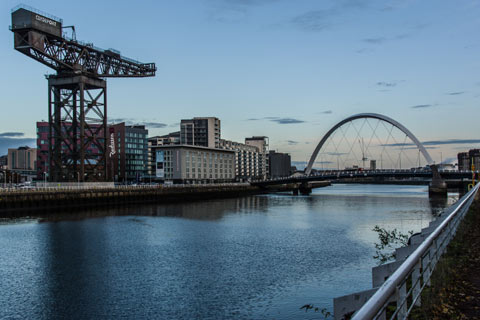 15. The Clyde Arc bridge over the River Clyde in Glasgow is known locally as “The Squinty Bridge”

17. Loch Lomond is the largest stretch of freshwater on mainland Britain and has a surface area of 71.1 km/27.5 sq miles. There are 22 islands and 27 islets on the loch.

18. Loch Ness is the largest lake by volume in the United Kingdom and is said to contain more water than the lakes of England and Wales combined. It is, of course, home to Nessie, the Loch Ness Monster who was first sighted in 565AD by St Columba. 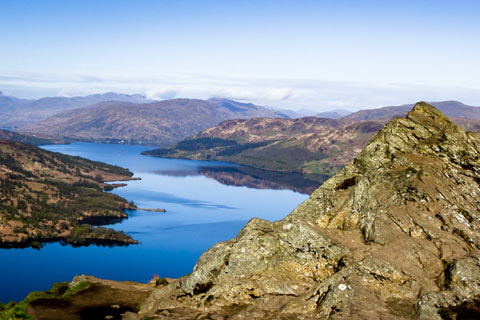 20. Loch Katrine in the Trossachs region supplies Glasgow with fresh drinking water which is transported by a 42 km/26 mile aqueduct constructed in 1855.

22. Neptune's Staircase is a flight of eight locks on the Caledonian Canal that lift boats 19.5 m/64 ft and is the longest in the UK.

24. Islay is known as the Queen of the Hebrides and is home to 8 whisky distilleries

26. Tobermory, on the Isle of Mull, is the setting for Balamory in the popular children’s TV series.

27. The World’s shortest flight is between Westray and Papa Westray in the Orkney Islands. Liftoff to landing takes just 74 seconds.

28. The Maeshowe burial chamber on Orkney was ransacked by Vikings 1,000 years ago who left graffiti on the walls.

29. The Gneiss rocks found on the Isle of Lewis are the oldest in Europe.

30. Dinosaur fossils have been discovered on the Isle of Skye which link the island to North America.

31. Scotland was at one time part of a huge continent linking North America and Scandinavia. 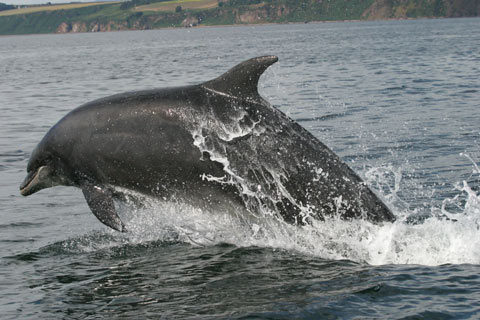 33. Colonies of bottlenose dolphins and harbour porpoises live in the Moray Firth.

34. The largest tree in Scotland is the “Grand Fir” 58m/190ft in Ardkinglas Woodland Garden, near Inveraray

35. St Andrews University, the third oldest in the UK, cares for a Hawthorn Tree thought to have been planted by Mary, Queen of Scots in 1563.

36. King Alexander III died in a riding accident in 1286 when his horse fell off a cliff at Kinghorn in Fife.

37. Dunvegan Castle is thought to be the oldest inhabited castle in Scotland. Located on the Isle of Skye it has been the seat of the Macleod Clan for over 800 years.

38. Despite being the official residence of HM The Queen in Scotland, the Hereditary Keeper of the Palace of Holyroodhouse is the Duke of Hamilton, an honour that was first bestowed in 1646.

39. Prince Charles, the Prince of Wales, is known as the Duke of Rothesay while in Scotland. Prince William has the title Earl of Strathearn.

40. The Clan MacLean has the oldest documented tartan in Scotland. It was first described in 1587.

41. The Black Isle is neither black nor an island, it is a peninsula between the Moray and Beauty Firths to the south and the Cromarty Firth to the north. 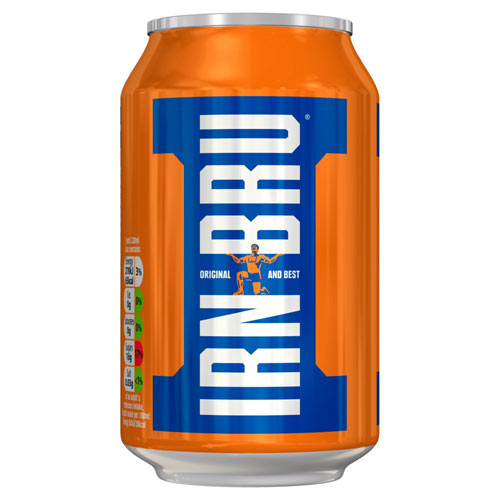 42. Irn Bru, Scotland’s other national drink was invented by Andrew Barr in 1901.

43.Glenmorangie Distillery has the tallest stills in Scotland.

44. King James I banned playing football in 1424 as the young men of the day were neglecting their archery practice.

45. The first international football match was played between Scotland and England in 1872 in Glasgow.

46. Edinburgh was the first city in the World to have its own fire brigade. It was formed in 1824 after a series of terrible fires in the historic old town.

47. The Sheeps Heid Inn in Edinburgh is considered to be Scotland’s oldest bar. There has been an inn on the site since 1360 and it’s believed it got its name following a Royal gift from King James VI of an ornate ram’s head snuff box in 1580.

48. The oldest working post office in the World is in Sanquhar and dates from 1712.

49. Glasgow’s Underground, known as the “Clockwork Orange” is the third oldest in the World.

50. The Perthshire village of Dull twinned with Boring, Oregon in 2012 and Boring, New South Wales in 2013 to create the League of Extraordinary Communities. The name Dull is thought to have come from the Gaelic word for meadow.