Welcome to the Ceilidh 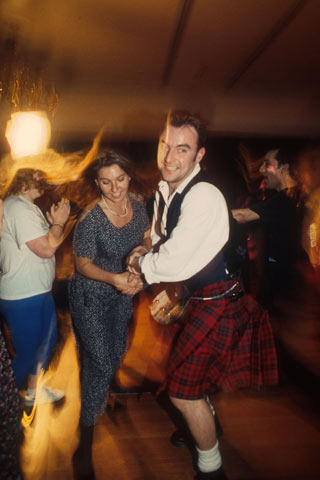 A popular event borrowed from the Land of the Gaels is the ceilidh, pronounced “kay-lay”. It literally means a visit, but the word has come to describe not just a gathering in a house for song and storytelling, but now any Scottish musical entertainment. As you travel around the Highlands, you’ll find them taking place in pubs and local halls where locals and visitors gather to sing and dance. It’s great fun and an excuse to learn traditional dances like the “Gay Gordons” or the “Dashing White Sergeant”.

Scots culture also includes a strong tradition of poetry and folk music which consists of both farming songs, often called bothy ballads and work songs relating to spinning, whaling, fishing and other trades. If you head to the islands, you can hear traditional Gaelic singing and foot-stomping at venues such as the An Lanntair in Stornoway, Isle of Lewis.

The Gaelic language is as much about music as it is about speech and each year this vibrant culture has a showcase at the National Mod. Started in 1891 The Mod is primarily competitions that draw the best performers from the Celtic Nations to participate in music, poetry and art.

The Pipes are calling 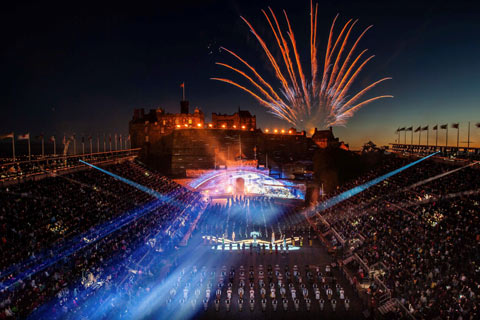 When it comes to the sound of Scotland, nothing can beat the bagpipes. Traditionally an Egyptian instrument how they came to Scotland has been lost in the mists of time although experts think that they were introduced during Roman times. If your travels take you to Glasgow, then pay a visit to the National Piping Centre where you can discover the history of the Great Highland Bagpipe. You can even have the opportunity to play the instrument yourself!

In August each year Pipe Bands from all over the World gather in Glasgow to celebrate the Piping Live Festival and to participate in the World Pipe Band Championships. In Edinburgh the Royal Edinburgh Military Tattoo which has been entertaining visitors since 1950. This spectacular event, set against the backdrop of floodlit Edinburgh Castle has a cast of a thousand musicians, pipers, drummers and dancers. 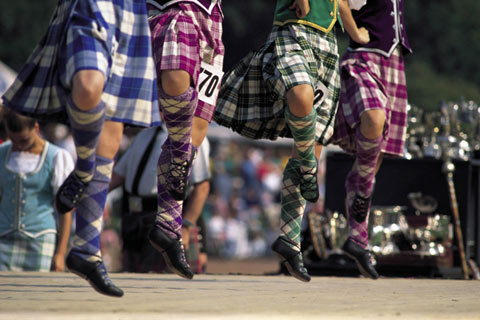 Between May and September, a programme of Highland Games and Gatherings take place across Scotland. It is thought that these Games owe their origins to tests of strength and skill set by Highland chiefs recruiting for their personal entourage. Today they provide a unique mix of athletic skills, in such events as tossing the caber (pronounced kay-ber meaning, literally a pole) and throwing the hammer, together with displays of pipe bands and Highland dancing.

The premier event is the Braemar Highland Gathering which takes place on Royal Deeside and is, traditionally, attended by The Monarch and members of the Royal Family.

Spanning the decades from Music Hall and Vaudeville to today's live streaming, Scotland inspired songwriters and performers. From Alex Harvey to Harry Lauder and Simple Minds to Sydney Devine they have spanned all musical styles. We’ve compiled a list of just some of our favourites which you can see by clicking here.

Our diverse calendar of festivals and events celebrate all styles and genres. They take place all over Scotland throughout the year. Here are some of the most popular:

Glasgow is the venue for the one of the largest folk, roots and World music festivals in the World. This popular event celebrates Celtic culture and music and attracts over 2,000 musicians who perform at over 300 events across the city.

Local and international artists come together in this celebration of traditional folk music. Based in Stromness, there are some 35 events and countless informal gatherings over the four days of the event.

Glasgow is the venue for Scotland’s largest outdoor music festival which attracts some of the greatest bands in the World as headline acts including Radiohead, Snow Patrol and Biffy Clyro. This three-day event that has taken over from T in the Park takes place at Glasgow Green in the heart the UNESCO designated City of Music.

Scotland’s largest rural jazz and blues festival takes place in the heart of the scenic Trossachs. This long weekend event comprises of over 50 events where live jazz, boogie, swing and soul is performed in front of enthusiastic fans.

The Royal Scottish National Orchestra is one of the UK’s great orchestras. Founded in 1891 it is based in Glasgow but performs at venues throughout Scotland and beyond. Each winter the orchestra mounts a season of concerts which have featured many soloists including Grammy-winning violinist Nicola Benedetti.

The BBC Scottish Symphony Orchestra is Scotland’s national broadcasting orchestra which performs live at its home at Glasgow City Halls and in venues throughout Scotland and abroad. Many concerts are recorded for BBC radio and the orchestra features in the famous “Last Night of the Proms” TV programme. 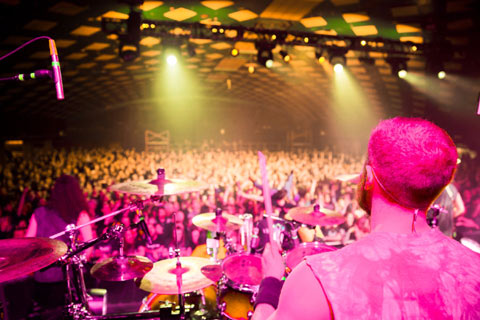 From arenas and football stadiums to locals pubs you are never far from a live music venue and a great gig. Glasgow has been designated Scotland’s UNESCO City of Music. In this cosmopolitan city, you’ll find iconic venue’s like The Barrowlands and King Tuts that have helped launch some of the biggest bands in the World. Rock and Pop’s A-listers can often be seen at the 12,000 seater Hydro Arena or at Hampden, Scotland’s National Stadium.

Outside Glasgow, the esplanades at Edinburgh and Stirling Castles have been converted for pop concerts by notable performers including Tom Jones, Bob Dylan, REM and Westlife. In Inverness, the Caledonian Football Stadium has seen performances by Elton John and Rod Stewart while Fat Sam’s in Dundee and the Lemon Tree in Aberdeen provide a varied programme of events and a moreintimate atmosphere.