Almost all public transport in Scotland is fully accessible with wheelchair ramps and, on city buses, lowering suspension to assist boarding and alighting. Newer trains and buses have visual and verbal announcements of the next stop or station. ScotRail offer assistance to passengers travelling on their services and more information is available on the ScotRail accessible travel page

Euan’s Guide provides reviews of tourist attractions throughout Scotland from a disabled perspective and VisitScotland, our National Tourist Board provides details of accessible accommodation.

The majority of banks are open Mon-Fri 0900-1700 with some city-centre offices open Saturday morning. Automatic Teller Machines (ATMs) are widely available throughout Scotland and most are linked to Cirrus, Visa or Mastercard international money systems. The availability of ATMs in rural areas can be restricted. It is advisable to carry sufficient money for your immediate needs should a machine not be in service.

Scotland's position on the edge of the European continent with the sea on three sides means that the weather is very varied. Records show that May and June are usually drier than July and August. Edinburgh's annual rainfall is only slightly greater than London's and many of the east coast towns have less annual rainfall than Rome. Generally speaking, the east coast tends to be cool and dry, the west coast milder and wetter.

Most hotels, restaurants and shops in Scotland accept major credit cards such as VISA, Mastercard and American Express. Touchless transactions (up to a limit of £30) are widely available. Smaller shops and accommodation providers may not accept payment by card so you should always check acceptance before ordering. It is always useful to carry a cash float with you. 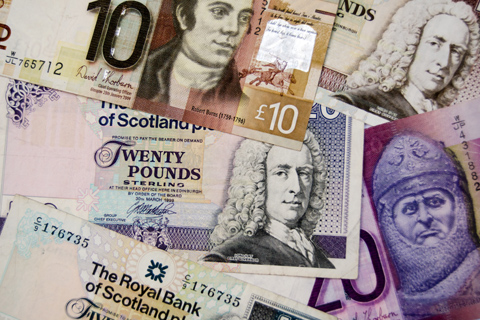 Several Scottish banks issue their own notes in denominations of £5, £10, £20, £50 & £100 which are legal tender throughout the UK. Likewise, Bank of England and Northern Ireland banknotes are legal tender in Scotland. Scotland uses the British currency of Pound Sterling (£), also known as GBP, which is a decimal currency. A pound is made up of 100 pence(p).

Customs and duty-free allowances vary depending on your country of origin. Please visit HM Revenue and Customs for more information on Duty-Free Goods.

Driving In The UK

The UK drives on the left-hand side of the road. To drive in the UK, you require to have a current driving licence. A foreign licence is valid in the UK for up to 12 months. It is compulsory to wear seat belts in the front seat, and if your car has seat belts in the back, they must also be worn.

If travelling with your own car you must be appropriately insured and it is advisable to check your policy before your journey. The Automobile Association provides helpful information for drivers thinking of driving in Great Britain.

For up to date traffic and roadworks information visit the Traffic Scotland website.

The standard voltage in Scotland is 240V AC, 50Hz. North American appliances need a transformer and an adapter; Australasian appliances need only an adaptor. Plugs have 3 square pins and adapters are widely available.

Foreign embassies and consulates can assist travellers with lost or stolen passports and can offer assistance in emergencies. Contact information is available here for Consulates in Scotland.

For Police, Fire Brigade, Ambulance and in some areas, Mountain Rescue or Coastguard, dial 999.

The main language in daily use is English. You will find a wide variety of regional dialects in use throughout the country which adds local colour to your travels. Some of these have been influenced by Scots, the traditional language of the lowlands.

The Highlands and the Islands is the cultural home of the Gaelic language which is spoken by around 60,000 today. In recent years there has been a resurgence in interest in the language. On your travels, you will see Gaelic appearing on road signs, at train stations and on TV and radio.

In addition to our indigenous languages over 170 other tongues can be heard in Scotland thanks to our diverse population. 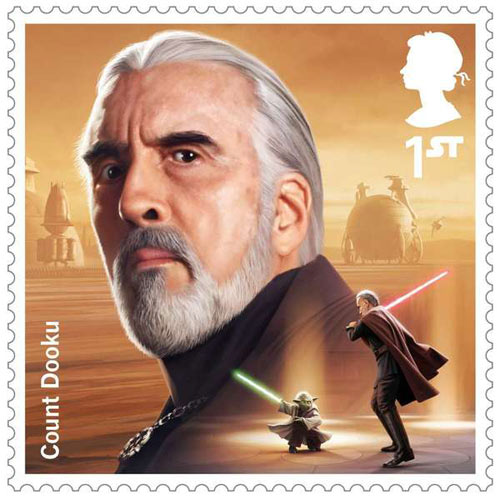 Most post offices are open Monday - Friday 0900 to 1730 and Saturday 0900 to 1230 with stamps available from most supermarkets and convenience stores.

If you are planning to use a courier service,then many offer a local drop-off or pick-up point contact them for details. There are branches of Mailbox Etc available in Dundee, Edinburgh, Glasgow, Inverness, St Andrews and Stirling.

Each year Royal Mail issue a number of commemorative stamps that celebrate anniversaries and special events. These can be purchased at larger Post Offices or directly from the Post Office website:https://www.postoffice.co.uk/mail/stamps

The Scottish Ministers set Scottish bank holidays which are observed throughout the country.  The National holidays are:

* If the holiday falls on a Saturday or Sunday the holiday will be substituted on a weekday, usually the following Monday.

Public holidays are set by local authorities and vary by area. You should check with the relevant authorities website for details.

In 2006, Scotland introduced a ban on smoking in public places. The law includes all enclosed or partly enclosed public areas. 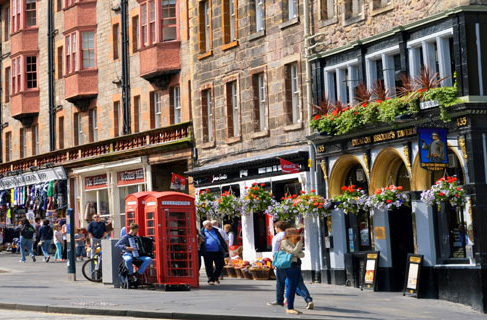 It is still possible to see iconic red telephone boxes in our cities and some rural locations. In reality, most people use mobile or cell phones to make calls and access data services.

Before you leave home check with your telephone service to arrange an international calling plan or consider buying a Pay As You Go sim when you arrive in the UK.

Wifi is readily available in Scotland on buses, trains and at Railway Stations. Edinburgh and Glasgow City Centres have free wifi as do many public buildings such as libraries, tourist attractions and iCentres.

There are 5 main terrestrial television stations in central Scotland. BBC1, BBC2, Scottish Television, Channel Four and Channel 5 offer a wide range of programming to suit all tastes. Satellite or cable services are available in many hotels and guest houses.

Time in Scotland is consistent with Greenwich Mean Time (GMT). The exception is from late March to late October when Daylight Saving Time is in effect (clocks are put forward one hour). US Eastern Standard Time is 5 hours behind GMT and Australian Eastern Standard Time is 10 hours ahead of GMT. Most public transport timetables use the 24-hour clock.

There are no hard and fast rules for tipping in Scotland. If you are happy with the service, a 10-15% tip is customary, particularly in a restaurant or café with table service. A tip is not necessary if a service charge has been added to the bill by the establishment.

Tipping in bars is not expected; however, if the bar staff have been particularly helpful to you say “take one for yourself”. That means “I’ll buy you a drink”. For taxi fares, it is usual to round up to the nearest pound (£).

It is strongly recommended that visitors to the UK arrange travel insurance to cover the loss of possessions and money as well as health and dental treatment.

No vaccinations are required prior to visiting Scotland.

All purchases in Britain, with the exception of most food and books, are subject to VAT, which increases the cost of an item by 20%. Visitors from non-EU countries can claim a refund of VAT from selected shops on goods to be taken out of the country under the Retail Export Scheme. Click here for information on Tax Free Shopping. 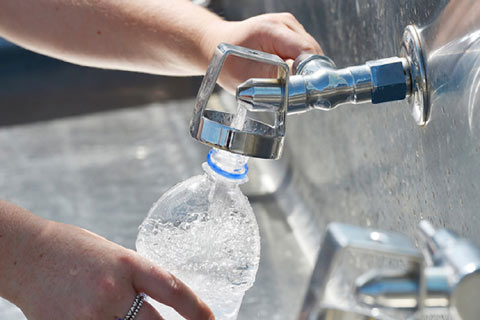 Tap water in Scotland is excellent and can be enjoyed straight from the tap, unless stated otherwise.

Bring your own water bottle and refill it with fresh water at locations throughout the country.

The United Kingdom now uses the metric system for weights and measures, however, non-metric equivalents are still widely used. For example, many distances are still shown in miles. Food, drink and petrol are sold in metric measures.