Scotland has had a turbulent and, at times, bloody history. As a nation, it has seen its fair share of brutal wars, ferocious battles and blood-stained skirmishes in the name of independence, religion and royal lineage.

Take a step back in time and follow in the footsteps of Scotland’s bravest warriors and gutsiest clan members as you travel across the sites of the most infamous battles in Scottish history.

Join us as we explore 5 of the most momentous Scottish battlefields not to be missed on your next adventure to Scotland. 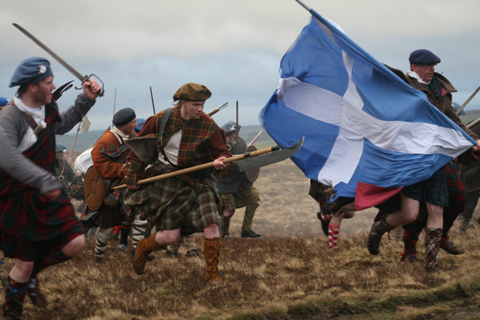 The Battle of Culloden, also known as the last battle of the “Forty-Five Rebellion”, saw the final defeat of Bonnie Prince Charlie’s Jacobite forces at the hands of British forces. It was the last battle ever fought on British soil.

Casualties on the Jacobite side are estimated to be between 1,500 and 2,000, while only 50 deaths and 239 wounded British soldiers have been recorded.

Culloden was a turning point in Scottish history. After the conflict, ‘The Young Pretender’ fled and the Jacobite uprising was no more.

Clan chiefs were stripped of their powers, known Jacobite estates were seized by the British monarchy, and the kilt and tartan were banned throughout the country.

Today, visitors can experience the sombre site where the Jacobite cause came to a grinding halt. Take some time to soak up the atmosphere of the battlefield and explore the legacy left behind by Scotland’s clan societies.

Discover the Culloden battlefield trail and learn all about Bonnie Prince Charlie’s last-stand on our unforgettable 3-day Skye and the Scottish Highlands tour. 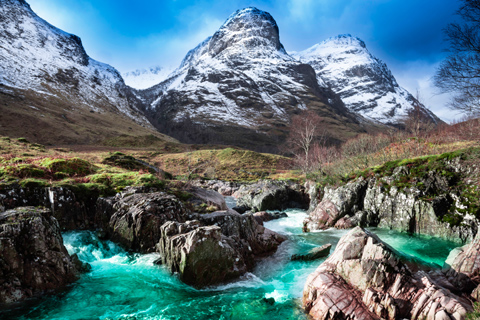 With towering mountains, densely-packed forests, and rolling glens as far as the eye can see, Glencoe is one of the most awe-inspiring spots you’ll find on your visit to Scotland. Sadly, it is less a famous Scottish battlefield and more a site of one of the worst atrocities in Scottish history.

After defeating the Jacobites forces, King William III of England sought pledges of allegiance from the Scottish clans, ordering them to appear before a magistrate before January 1, 1692. As a result of foul weather and treachery, the elderly chief of the clan MacDonald of Glen Coe was late in signing that pledge.

During the harsh winter, British soldiers arrived at Glen Coe seeking shelter from the frigid conditions. The clan MacDonald, honouring Highland hospitality code, welcomed the soldiers as friends - unsuspecting of what lay ahead.

On the night of February 13th 1692, as the MacDonalds slept, the soldiers received their orders from the British crown and began systematically murdering members of the clan. By the morning of February 14th, 38 people lay dead -  including the chief, 33 men, 2 women, and 2 children.

Today, in the charming village of Glencoe, travellers can pay a visit to the Glen Coe Massacre memorial as an emotive and mournful reminder of the events that happened that fateful night. 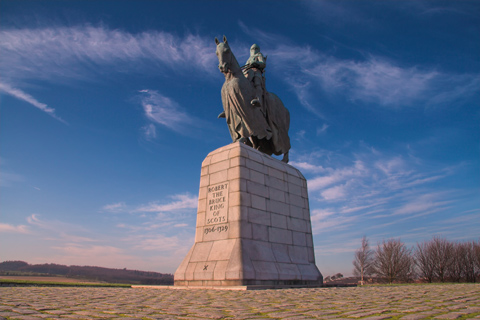 If you’re even remotely familiar with Robert the Bruce, there’s a very good chance that you’ll have heard about the Battle of Bannockburn.

During the First War of Scottish Independence, Bannockburn marked a sizable victory for the army of Scotland over King Edward II of England. In fact, the events that took place on this Scottish battlefield have gone down in history as Robert the Bruce’s greatest victory ever.

Victory at Bannockburn led to Scotland gaining independence from England and saw Robert the Bruce become the sovereign king. Today, you can stand in the very spot where two opposing kings clashed.

The multi-award-winning visitor centre at Bannockburn is home to iconic statues and a memorial park where you see the very spot where Robert the Bruce raised his royal standard.

Pay a visit and get up close and personal with this momentous part of Scotland’s past. 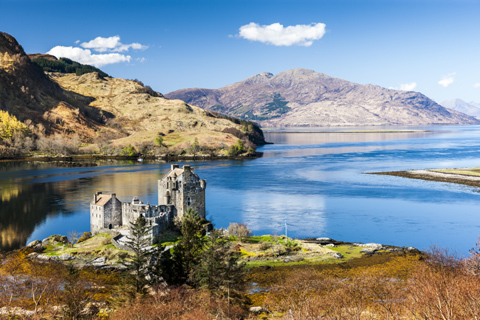 As a major battle of the Jacobite Uprising in 1719, the Battle of Glen Shiel saw the British army defeat Jacobite forces made up of Highland levies and Spanish marines. Despite having the advantage of greater numbers, the Jacobites faced a major defeat.

Prior to the battle taking place, the Jacobites took control and occupied Eilean Donan Castle as their main headquarters.

In response, 3 British Royal Navy frigates sailed into Loch Alsh and Loch Duich and proceeded to bombard Eilean Donan Castle, resulting in the destruction of a large portion of the castle and 300 barrels of Spanish gunpowder, along with the surrender of the Jacobite troops garrisoned there.

Today, visitors can explore the battle site located near Kyle of Lochalsh and the Isle of Skye. The mountain where the battle took place is commonly referred to as Sgurr nan Spainteach in Gaelic, otherwise known as 'Peak of the Spaniards' to commemorate the Spanish troops that fought side by side with the Scots. 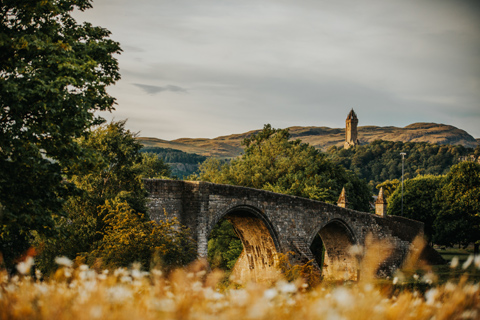 When you think of historic Scottish battlefields, you might not immediately think of a wooden bridge. The Battle of Stirling Bridge saw the Scottish army, led by William Wallace, ambush Edward I’s forces as they crossed the fast-flowing river through Stirling.

This famous Scottish battlefield is the site that marked the first major defeat for the English forces during the First War of Scottish Independence. In total, 5,000 English soldiers out of a total of approximately 10,000 died at the Battle of Stirling Bridge.

This battle was a huge victory for the Scots, and for a short time they were able to reclaim dominance and control over their nation.

Today, Stirling is a popular destination for many tourists visiting Scotland. Between Stirling Castle, the Wallace Monument, and the huge variety of traditional pubs and restaurants you’ll be spoiled for choice.

Now is the perfect time to start planning your exciting journey through the cobbled streets and across the (now rebuilt and relocated) Stirling Bridge with our Stirling Castle and Loch Lomond 1-day tour.

Now that you’re familiar with some of the most historic Scottish battlefields, you’re all set to begin planning a trip to be remembered.

Here at Scottish Tours, we take great pride in delivering award-winning, expert tours around the magical natural landscapes and exciting corners of Scotland’s past. It’s our mission to help you explore the unmatched history and culture of the country that we call home.