Fun things to do in Stirling

It's often said that Stirling is a wee city with a big history. Visit Stirling to discover many historic buildings, cobbled streets and a majestic clifftop castle.

Easily accessible from Edinburgh or Glasgow, it makes a great day trip, particularly as part of a tour that also includes the picturesque Loch Lomond and Trossachs National Park.

This historic city sits at the apex of a triangle with Edinburgh and Glasgow at the base, each a mere 40 minutes away by train. Stirling straddles the tidal River Forth and was established here because it was the lowest point on the river that it could be bridged.

It was given Royal Burgh status in 1130 by King David I, and due to its strategic position, it was said that whoever controlled Stirling, governed Scotland. As a result, the city's history was often turbulent, no more so than during the Wars of Independence in the 13th and 14th Centuries.

Over time, a town was established beyond the castle which prospered around the weaving, tanning, and brewing industries. A thriving trade was developed with Holland and the Scandinavian countries thanks to a port built on the River Forth.

When the railway arrived in Stirling in 1840 elegant Victorian suburbs were built, creating the town that we can see today. To support the new population, shops were founded making Stirling a bustling market centre for the surrounding region.

Is Stirling a city?

Visit Stirling to discover the legends of heroes and learn how the city's many historical attractions have shaped Scotland's story. 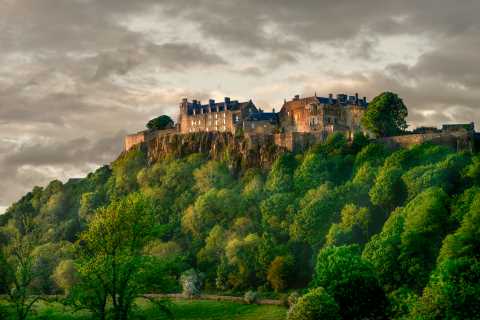 No visit to Stirling is complete without exploring Stirling Castle. See the opulent Renaissance Royal Palace, which has been restored to its 1540s grandeur and the graceful Chapel Royal, built for the baptism of Prince Henry in 1594.

The magnificent Great Hall was built in the 1500s for King James IV and was the venue for extravagant celebrations, dances and feasts. Adjacent are the Great Kitchens where chefs created meals fit for Royalty using the best ingredients that Scotland could provide.

From the castle battlements enjoy stunning views of the Ochil Hills and the mountain peaks of the Trossachs National Park. The castle sits atop a volcanic rock, and it's believed that it was the warrior Celts who first built a fort on the site. The first written record of the castle dates from the 1100s when King Alexander I endowed a chapel.

During the Wars of Independence, control of the castle changed hands between Scotland and England no less than 8 times in 50 years, often due to a siege.

In times of peace, the castle became a favoured residence of the Stewart dynasty. King James V and Mary, Queen of Scots were both crowned in the Chapel Royal. The Royal Palace was also the childhood home of King James VI, who later became the King James I of England.

The court vacated Stirling when King James VI acceded to the English throne in 1603, and relocated to London. Subsequently, the castle became a strategic military base and home to the Argyll and Sutherland Highlanders. 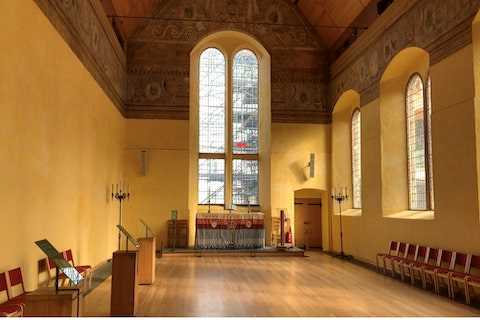 In 1507 John Damian attempted to fly from the castle walls in feathered wings. It wasn't successful and he ended up in the dunghill below.

King James V would swap his crown and regalia for peasants clothing to escape the castle and mingle with his subjects as the guid man o' Ballengeigh.

The phrase "pushing the boat out" is said to come from a lavish celebration held in the castle to celebrate Prince Henry's baptism in 1594. A full-sized boat complete, with mermaids, was used to serve the fish course!

Sitting below the castle ramparts is the historic Kings Knot, once used for hunting and jousting. Recent research has linked this parkland to the legend of King Arthur and the Round Table.

A short walk from Stirling Castle is Argyll’s Lodging, an impressive Renaissance styled townhouse dating from the 17th Century.

Used originally by noblemen visiting the Royal Court, it later had a career as a military hospital then a youth hostel before it was turned into a museum by the National Trust for Scotland in the mid-1990s.

The house was designed to impress visiting Royalty and has now been restored to its original condition complete with recreated tapestries, painted decorations and high ceilings. 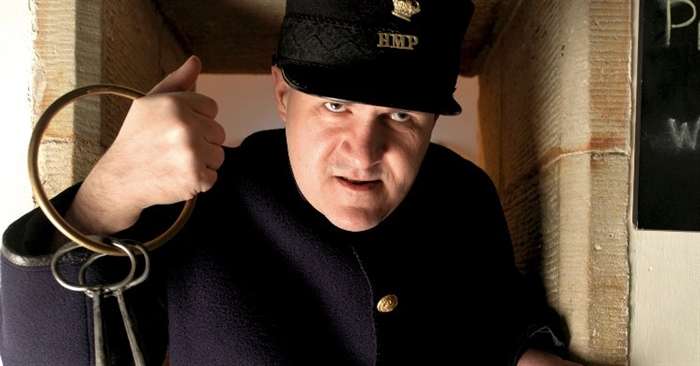 Discover the story of the prisoners who served time here between 1847 and 1888, when this was Stirling’s Jail. It took over the role from the notorious Tolbooth Gaol, slated as “The Worst Jail in Britain” at the time.

The Old Town Jail offered inmates more humane conditions. They were fed and each prisoner had a cell of their own, to allow them to reflect on their crime.

A visit to the Old Town Jail can be a gruesome affair, where you’ll discover macabre punishments like The Dark Room and The Crank Machine.

Hear the story of the infamous “Happy Hangman”, Jock Rankin who hung, beat and branded the wrongdoers of the burgh in the 18th Century. It’s said his ghost still haunts Hangman’s Close in the Old Town. Explore the life of the great Scottish Patriot, Sir William Wallace, at The National Wallace Monument. In the Hall of the Heroes see the mighty Wallace Sword which measures a whopping 1.67 m long and see sculptures of many famous Scots from over the centuries.

Perched at the top of rocky Abbey Craig a climb up the 246 steps of the 67m high (220 ft) Victorian tower will reward you with breathtaking views over the city and the surrounding countryside.

Things to do near Stirling

If you want to head out of the city, you’ll find many attractions on the doorstep. Here are some popular attractions, just a short distance away.

The Battle of Bannockburn Visitor Centre Just a short distance from Stirling City Centre sits Bannockburn, one of Scotland’s most famous battlefield sites. It was here that one if the most decisive events in Scotland’s strive for independence took place.

In June 1314 the Scottish forces under the command of King Robert the Bruce met the English Army led by King Edward II. After two days of bitter fighting the Scots were victorious.

The National Trust for Scotland have built an exciting visitor centre here where you can experience the sights and sounds of this crucial battle for yourself. Using the latest digital technology, you will be transported into the very heart of the action.

Sitting overlooking the River Teith, in the heart of beautiful Stirlingshire, Doune Castle was built as the home of the Regent Albany. Robert Stewart was the Duke of Albany and became known as “Scotland’s uncrowned king”. He acquired Doune when he married the Countess of Graham in 1361.

Inside the castle you will discover a majestic Great Hall, complete with a musician’s gallery and double fireplace. The castle also has a separate tower where an impressive kitchen and exclusive apartments were located. 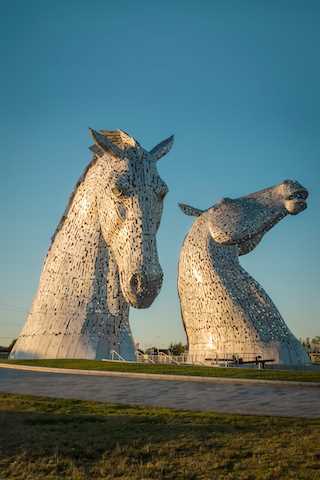 Doune has enjoyed fame recently in Game of Thrones and in the highly-popular Outlander TV series, where it played Castle Leoch, home of the Clan MacKenzie.

The Kelpies at Helix Park

This innovative eco-park sits between Falkirk and Grangemouth and links several neighbouring communities using a network of paths extending over 27km.

The focal point of the park is The Kelpies, two massive horse-head statues designed by artist Andy Scott. Towering 30 metres high they are the largest equine statues in the World.

Based on two Clydesdale horses, Duke and Baron, they were built in tribute to the role heavy horses traditionally played in the industrial development of the area.

There are two malt whisky distilleries just a short drive from Stirling where you can explore the traditions of whisky making and enjoy a wee taste of the end product!

Deanston Whisky Distillery and Visitor Centre is located in a traditional cotton mill that sits by the River Teith. It was converted into a distillery in the 1960s and produces the Deanston Highland Single Malt Whisky which is shipped to aficionados World-wide. Along the route to Glasgow is Glengoyne, is often described as Scotland’s prettiest distillery. Boasting attractive white painted buildings and a cascading waterfall, it would be difficult to disagree.

As well as a backroom tour of the whisky-making process Glengoyne offers a range of whisky tasting experiences including the Malt Master, a unique experience where you create your own malt whisky.

If you’d like to visit Glengoyne Distillery check out the Stirling Castle, Loch Lomond & Whisky tour from Edinburgh.

Ready to get started discovering Stirling and its many attractions? Why not join an expert driver guide to get the very best experience?

Book one of our fabulous tours and we’ll show you Scotland, the way only locals can.