From Edinburgh, travel to the attractive town of South Queensferry, where a cruise boat awaits to take you on a 90-minute cruise on the Firth of Forth. Get unrivalled views of the three Forth Bridges, including the iconic Rail Bridge. You'll also see ancient Blackness Castle (Oct-Apr) or the islands of Inchmickery and Inchcolm (May-Sep). There's free time in South Queensferry before boarding the bus back to Edinburgh.

Inchcolm Island - sail around this beautiful island and see the ancient monastery, founded in the 12th Century (May-Sep)

From central Edinburgh head through the suburbs to reach Cramond Brig, then onwards to South Queensferry where we join the cruise boat. Cast off from Hawes Pier for a circular cruise lasting around 90 minutes.

First, we head upstream passing under the Forth Road Bridge (1964), which was once the longest suspension bridge outside the USA. Next is the Queensferry Crossing (2017), a graceful cable-stayed road bridge.

Both bridges were opened by HM The Queen, 53 years apart to the day.

During the winter months (Oct-Apr) our cruise passes Blackness Castle, which was built in the 15th Century to guard the Firth of Forth. Its defensive walls resemble the bow of a ship giving the fortress the nickname "The ship that never sailed".

We turn direction and cruise under the two modern bridges once more, then we are greeted by the magnificent sight of the Forth Bridge. This mighty structure was opened in 1890 and has been designated a UNESCO World Heritage Site. Around 200 trains cross this impressive structure every day.

In the summer (May-Sep) the cruise makes for Inchcolm Island which sits off the coast of Fife and is famous for the Abbey that was founded here in the 12th Century. As we circumnavigate the island, you'll see the monastery buildings as well as the wartime fortifications.

What can I expect on this cruise and bus tour?

These enjoyable tours are a combination of transport by double-deck bus and a relaxing cruise on the on the Firth of Forth.

You’ll depart from the centre of Edinburgh on board a comfortable double-deck bus where a full commentary in English will be provided.

On arrival in South Queensferry, you’ll board a cruise boat for a 90-minute sail on the Firth of Forth sailing under the 3 bridges that span this impressive stretch of water! A full commentary will be provided.

The cruise boat features both inside and outside seating, toilets and a bar. You can break your journey by spending time in the historic town of South Queensferry before returning to Edinburgh.

How do I make a booking?

The best way to make a booking is on-line, by clicking on the 'book now' button on the relevant tour page. As soon as your booking is made we will send you a booking confirmation/voucher straight to your email in-box.

Can I bring my dog with me?

We are really sorry but we are unable to carry dogs (except guide dogs) on our tours. 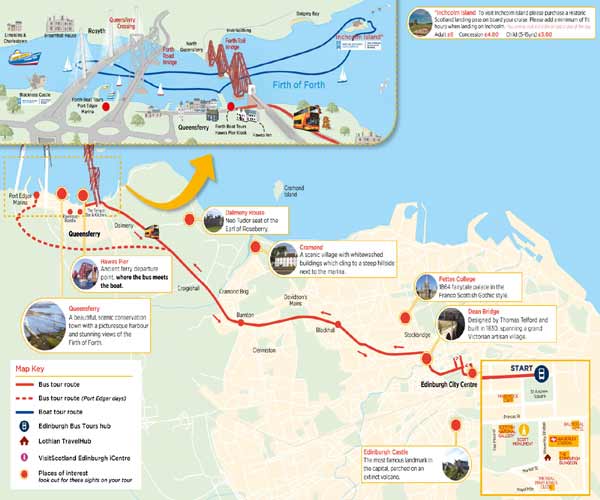 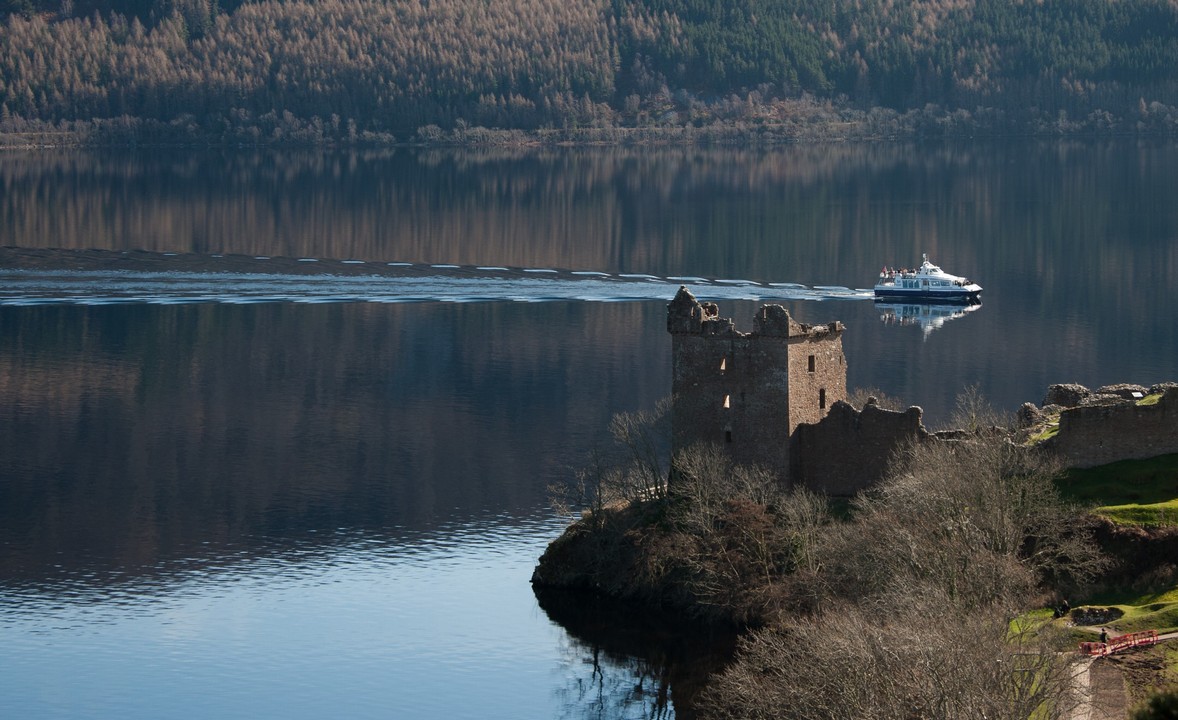