Edinburgh and the Lothians Guide

Discover Edinburgh And The Lothians

The Scottish capital of Edinburgh is one of Europe's best-loved cities. A seamless fusion of modern architecture and ancient landmarks has been shaped by centuries of turbulent history.

Not only is the city of Edinburgh a hotspot for interesting attractions, but the surrounding coastlines, ancient villages and fertile countryside of The Lothians offers something for everyone.

Whether you’re planning a day-trip from London or an extended break, discover the best places to visit in Edinburgh and explore some of Scotland’s best-kept secrets in The Lothians for an unforgettable adventure. 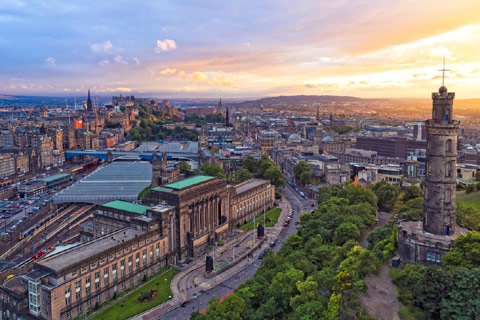 If you’re looking for places to visit in Edinburgh city centre, the Scottish capital is bursting with historic attractions and fun-filled activities. Choose from cultural visits to world-renowned galleries, guided walking tours around ancient landmarks or even a spot of theatre at the annual Fringe Festival.

Edinburgh is one of the world’s most beautiful cities and is protected as a recognised UNESCO world heritage site. Discover the remarkable medieval Old Town and the grandeur of the 18th-century New Town as you walk the city’s cobbled streets. There’s a view to enjoy at every turn with impressive vantage points from Arthur’s Seat and breathtaking views over the North Sea.

Let’s take a look at some of the best places to visit in Edinburgh: 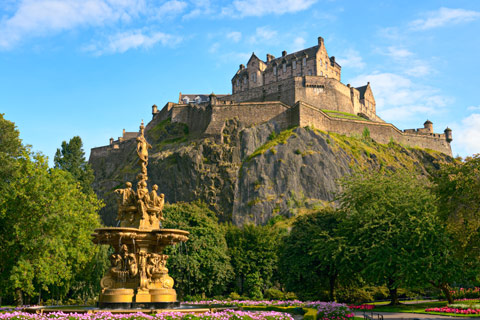 Edinburgh Castle is one of the top places to visit in Edinburgh. The ancient 12th-century masterpiece is nestled atop Castle Rock — the rugged remains of a 350 million-year-old volcano in the heart of the city.

Castle Rock serves as Edinburgh’s centrepiece, with a mile-long tail of igneous rock forming the spine of the city’s historic Old Town. The world-famous Royal Mile is home to some of Edinburgh’s oldest buildings. Edinburgh’s Old Town is at the centre of the action during the Fringe Festival every August.

A walk along the Royal Mile will take you in the footsteps of many famous characters from Scotland’s past. At the end of this historic thoroughfare sits the Palace of Holyroodhouse, the Queen’s official residence in Scotland and the award-winning Scottish Parliament building.

For the Harry Potter fans out there, why not take a spooky stroll through Greyfriar’s Kirkyard. J. K. Rowling is rumoured to have used names from the gravestones as inspiration for characters in her books.

Dip your toe into a spot of culture and travel back in time with a fascinating visit to the National Museum of Scotland on Chambers Street.

This beautifully-curated archive tells Scotland’s story through the ages and offers plenty of family-friendly activities and interactive exhibitions. Choose from a terrifying installation on the Tyrannosaurs, traditional Scottish artwork or groundbreaking scientific discoveries like Dolly the sheep and the splitting of the atom. 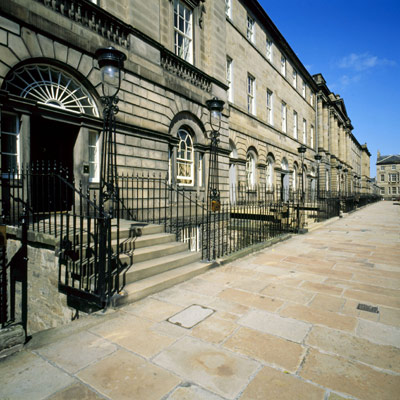 In the Georgian New Town, you’ll find elegant architecture and grand squares. The impressive silhouette of Scott Monument ads to Edinburgh’s iconic skyline while the Princes Street Gardens and Botanical Gardens are the perfect spot for an afternoon picnic.

If you fancy a dose of retail therapy, head over to Princes Street to enjoy some of the best high street shopping in Scotland. If you’re looking for something slightly more upmarket, check out the wonderful array of designer labels and exclusive boutiques on George Street.

A short bus ride from Princes Street will take you to the port of Leith. This historic harbour is famed for its culinary traditions as well as being the permanent home of the Royal Yacht Britannia. 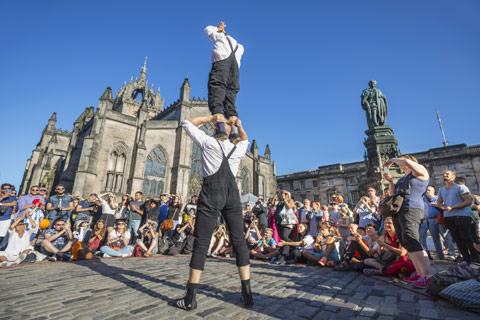 Every summer, the Scottish capital gears up for the biggest arts festival on the planet. Throughout August, the streets are filled with thousands of shows across over 300 different venues.

Artists, comedians, theatre groups and even circus performers travel from across the world to grace the city with a fun-filled month of weird and wonderful acts. In 2019, over 3 million people flocked to the city to enjoy a taste of the action.

Things To Do In The Lothians

On Edinburgh’s doorstep, The Lothians are home to many historic castles and historic sites. Escape the hustle and bustle of the city to explore the sinister grounds of Blackness Castle and the grandeur of Hopetoun House - both filming locations in the popular Outlander TV series. 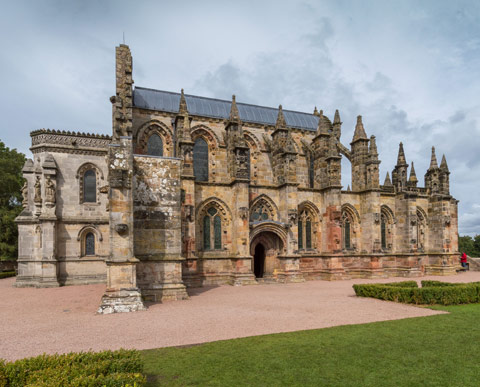 Enjoy beautiful walks in The Lothians as you stroll along the exquisite coastline of North Berwick where you can discover the lives of the resident seabird population. South Queensferry also offers the perfect vantage point to admire spectacular views of the three world-renowned bridges that gracefully cross the Firth of Forth.

Alternatively, grab your walking shoes for a picturesque day-trip to Roslin Glen Country Park - a wooded glen in the North Esk Valley, 9 miles south of Edinburgh city centre. Stop off for a cultural visit to the partially ruined remains of Roslin Castle and the impressive 15th-century craftsmanship of Rosslyn Chapel.

Things To Do In Edinburgh And The Lothians

The national aviation museum at East Fortune Airfield is home to some of Scotland’s finest aeronautical memorabilia, including a Concorde, and interactive activities for all the family. 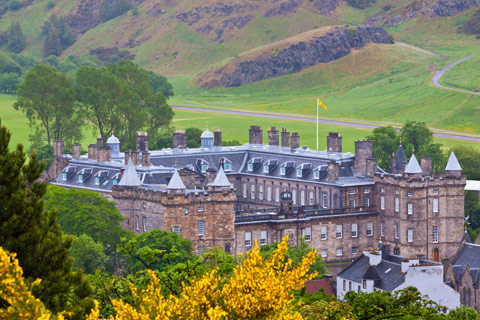 An active Royal residence, this renaissance palace is connected to many historical characters including Mary, Queen of Scots and Bonnie Prince Charlie.

This mighty fortress has stood on its rocky perch for centuries and is the protector of the Scottish Crown Jewels and Stone of Destiny.

Dating back to the early 17th-century, the seat of the Dalyell family in West Lothian is bursting with character and has opened its doors for the public to explore.

Explore the ancient ruins of Linlithgow Palace, 15 miles to the west of Edinburgh city centre. Once upon a time, this regal palace was the principal residence of Scottish monarchs in the 15th and 16th centuries.

As one of only six distilleries in the Lowlands, Glenkinchie Distillery is the perfect place to enjoy a dram of your favourite single malt whisky.

An unforgettable spectacle of music, dancing and precision displays all performed with Edinburgh Castle as a breathtaking backdrop.

The evocative sound of the Lone Piper, playing from the battlements, is sure to be a lasting memory of your time in Edinburgh.

At the foot of the historic Royal Mile sits the ultra-modern Scottish Parliament building.

Edinburgh and the Lothians