Our journey north takes in Loch Fleet, Carn Liath and Helmsdale. From your base in Kirkwall, visit the Italian Chapel and gaze across Scapa Flow. Take a trip back in time and explore the Neolithic delights of Skara Brae and the Stones of Stenness. Visit John O’Groats and explore some of the north east’s most charming fishing villages.

Dunrobin Castle - capture the view of this impressive fairy-tale castle

From Inverness, we make our way north, crossing the Cromarty Firth. The ancient Royal Burgh of Tain is the first landmark we pass, complete with Glenmorangie distillery. We arrive at Loch Fleet National Nature Reserve, where we can relax surrounded by native wildlife.

Our next stop is in the planned village of Golspie for morning coffee, before we press a short way to the famous Iron Age broch at Carn Liath. Gazing outwards to the North Sea, the ruins paint an impressive picture of a once-bustling settlement.

Our history lesson continues as we head north to the fishing port of Helmsdale. Here, we’ll pause at the moving Emigrants statue and learn more about the Highland Clearances that saw so many Highlanders forced from their homes.

At Gills Bay it’s all aboard the ferry to our home for the next two nights – the stunning islands of Orkney. Once landed, a visit to the famous Italian Chapel is a must. Transformed from a basic Nissen hut by POWs during World War II, its craftsmanship is both astonishing and moving.

Another poignant reminder of war ends our day, as we gaze across the magnificent seascape of Scapa Flow, before retiring to the Viking stronghold of Kirkwall.

A hearty breakfast is required for the day ahead, as we prepare to explore the archipelago’s rich history and discover its many hidden treasures.

Suitably prepared, our first call is the Stone Age settlement at Skara Brae. These amazing Neolihthic homes lay undisturbed for centuries until a storm revealed their presence in 1850. Today, the hearths and furniture remain clearly preserved, giving us a fascinating window into Orkney’s past.

Another reminder of the islands’ heritage comes at the peaceful Maeshowe cairn, where we will pause to admire its stunning chambered tomb. Built almost 5,000 years ago, it’s worth the visit alone to see the 12th century Norse graffiti on its walls.

Even older are the Stones of Stenness, which provide the next stop on our island odyssey. Each standing proudly 6m tall, the four rugged monoliths were once part of a circle that’s now been lost to time and the elements.

The rugged Iron Age settlement at Broch of Gurness is the final stop of a truly fascinating day. Brilliantly preserved, it stares impassively across Eynhallow Sound towards the isle of Rousay.

Returning to the welcoming lights of Kirkwall, there’s still time for a stroll around the harbour before dinner.

We say farewell to the magical Orkneys as we board the ferry once more. Flocks of colourful seabirds accompany us past neighbouring islands as we make the 60-minute journey across the Pentland Firth.

Once back on the mainland, our journey swings north to the very tip of Scotland itself – John O’Groats. Once the must-have photos are completed, a delicious lunch awaits in this famous village.

From here, the only way is south, so we dutifully meander down through the charming fishing port of Wick. If Scotland’s famously temperamental elements allow, we’ll also drop in at Castle Sinclair Girnigoe, where the dramatic ruins of two historic forts cling to the clifftops.

Beautiful scenery also awaits us at our next stop, as we admire the view in sleepy Dunbeath. It’s a short walk to the harbour, where we say hello to Kenn and the Salmon, the statue erected in honour of renowned village writer Neil M. Gunn.

The fairytale towers of Dunrobin Castle await us next as we alight at the ancestral seat of the Sutherland clan. After this, there’s still time to pause and admire the charms of Golspie once again before we return to Inverness over the Dornoch, Cromarty and Moray Firths.

Book Assured
Book by paying a 20% deposit. Make date changes or get a full refund with 8 days notice before travel. Click here for more information. 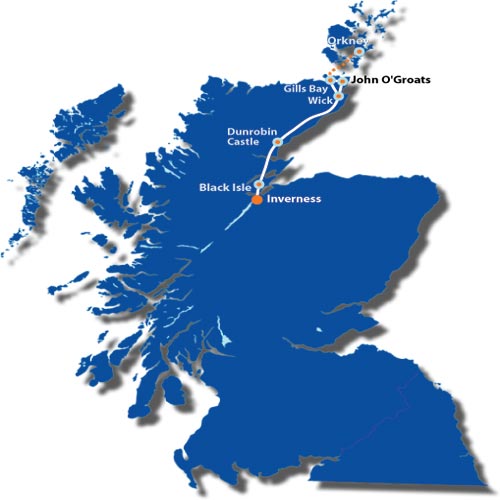 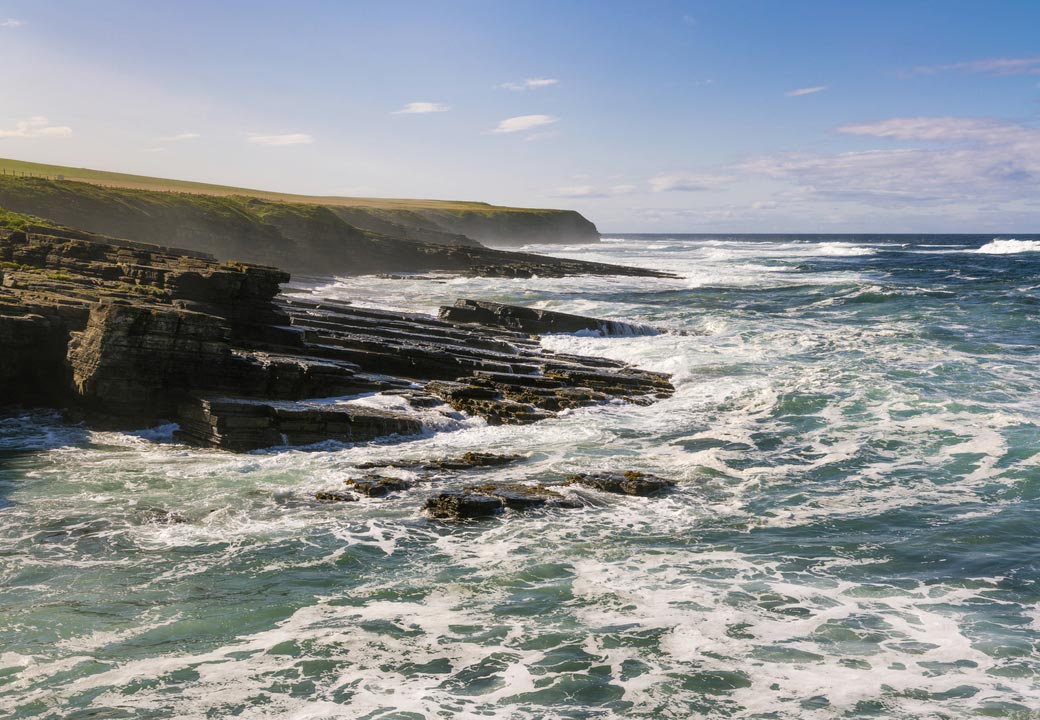 North Coast 500 and the Orkney Islands 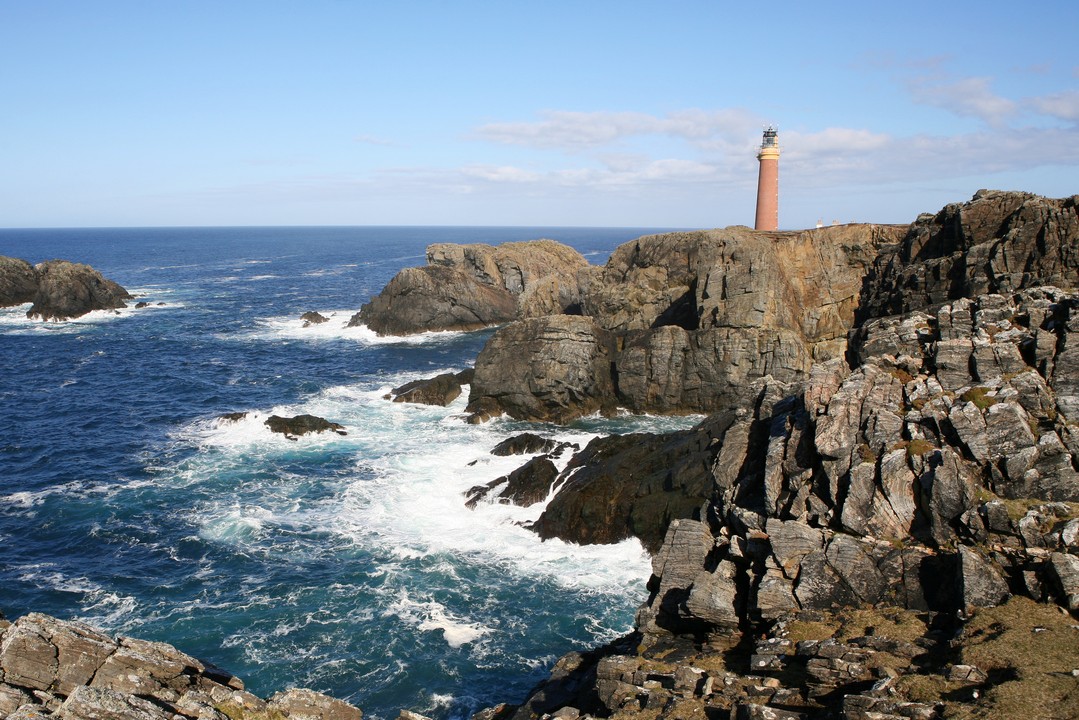 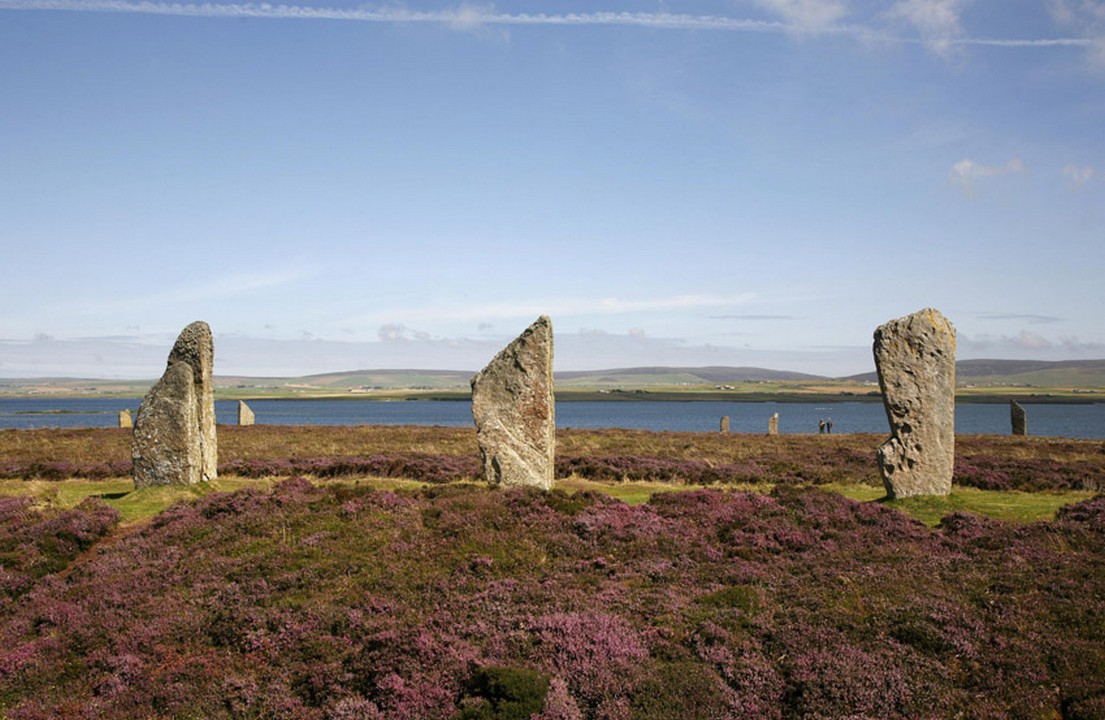