What were the Highland Clearances?

One of the saddest, most controversial and widely discussed chapters in Scottish history was the Highland Clearances. It resulted in the mass movement of thousands of Highland families from their homes in the 18th and 19th centuries, especially in the western Highlands and Islands, to make way for more profitable forms of land use for the owners. The departing population moved to urban lowland manufacturing centres or left the country.

No comprehensive expert consensus exists about the causes, methods and results of the Clearances. However, we can say that the Scottish Highlands went through a period of great upheaval around the mid-18th Century. 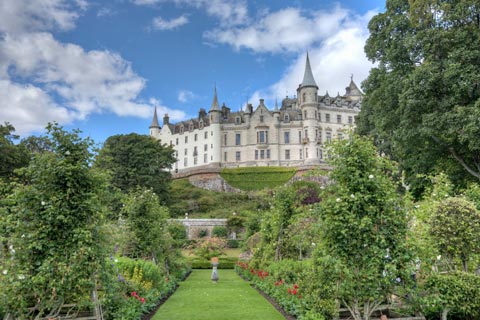 The second Jacobite rebellion was defeated at the Battle of Culloden in 1746, and a new ethos of agricultural, economic and social ‘Improvement’ spread amongst Highland landowners.

The landowners faced an increasingly competitive agricultural market. They were often burdened with massive debts due to their vast and ostentatious spending to maintain great stately homes and an aristocratic public image.

They, therefore, needed to make their land more profitable, which meant rewarding farmers who could afford higher rents.

Karl Marx wrote of the Clearances that: “Sheep were introduced into glens which had been the seats of communities of small farmers; and the latter were driven to seek subsistence on coarser and more sterile tracks of soil.

Now deer are supplanting sheep; and these are once more dispossessing the small tenants, who will necessarily be driven down upon still coarser land and to more grinding penury. Deer-forests and the people cannot co-exist. One or other of the two must yield.” 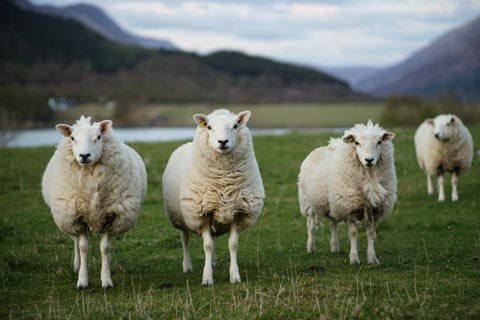 On the Isle of Skye, for example, more than 40,000 people received writs of removal.

Elsewhere, in the early 1800s, between six and ten thousand people were forcibly removed from the lands of the Countess of Sutherland from 1807 and 1821 to make way for sheep farms.

Despite being atypical in many ways, the Sutherland clearances have come to symbolise the entire sweep of the early-nineteenth-century in the popular imagination.

The Clan system and Dùthchas 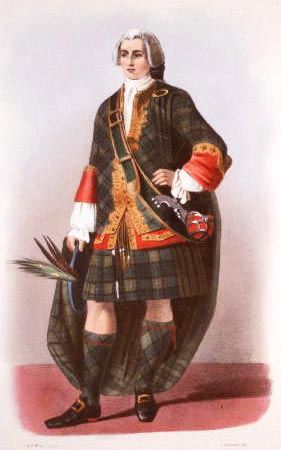 The Clearances were emotionally as well as economically devastating for those people who lost their land and homes. To understand the emotional impact, we need to look at the Scottish Clan system that evolved during the Middle Ages and that system’s concept of Dùthchas. Dùthchas involves the belief that clan chiefs have to protect clans-people within the physical boundaries of clan lands in return for military service and allegiance.

Over centuries, that initially practical rationale built a strong bond between landlord chiefs and their tenants, collective belief in a shared kinship and ownership of the land, and a common purpose. Significantly in this regard, the Gaelic word ‘clann, actually means ‘children.’

Thus, when late-eighteenth and nineteenth-century chiefs and landlords began to prioritise profit and improvement over generations of loyalty and service, their peoples felt a dreadful sense of betrayal. The Clearances violated the concept of dùthchas.

When was the first stage of Clearance?

The first signs of the decades-long ‘first wave’ of clearances to come appeared in the 1760s. Initially, landowners preferred to move rather than entirely remove communities because they wanted to retain a local labour force and tenantry.

For example, in many areas, communities were relocated from interior glens to the coastline to engage in fishing and labour-intensive manufacturing processes such as the kelp industry. In turn, commercial sheep herds were used to fill recently vacated inland areas. Landlords continued with this pattern of moving their tenants up until around 1825.

When was the second stage of Clearance?

‘Improvement’-fixated landowners hoped that relocated clan populations would accept their new environment and employment. But the broader economic climate of the early nineteenth Century proved adverse. The end of the Napoleonic Wars, for example, brought tumbling prices, returning soldiers, and ended kelp’s brief dominance of the Highland economy.

Widespread poverty started to deepen: a potato blight hit the Highlands in 1836-7, followed by an even more severe subsistence crisis, the Great Highland Famine, in 1846-8.

That then began the era of what some critics call ‘compulsory emigration’: the bleak choice for tenants between eviction and eviction plus cancellation of arrears and transportation across the seas. This was mainly to Canada but latterly also to Australia. The period around 1825 to 1855 is considered the age of expulsion and no longer the age of re-settlement or re-location. 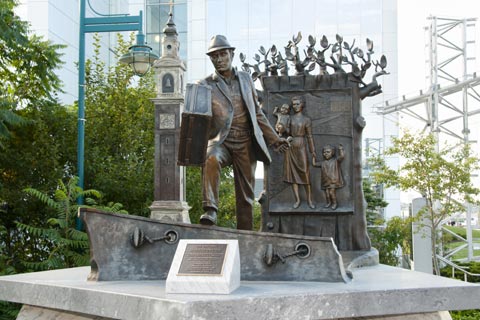 The first laird to actively assist in emigration was MacLean of Coll in 1825. He paid for all but 50 of his tenants from the Island of Rhum to be relocated to Cape Breton, in Nova Scotia, Canada. MacLean then leased the entire island to a single sheep farmer.

Because of the centuries-old connection to the clan elites, the people were almost disorientated. It was very difficult for them to respond collectively in terms of a regional assault, so most of the protests faded away as soon as the police or the army arrived. One notable exception was the so-called Crofters War of the 1880s.

Who was Patrick Sellar? 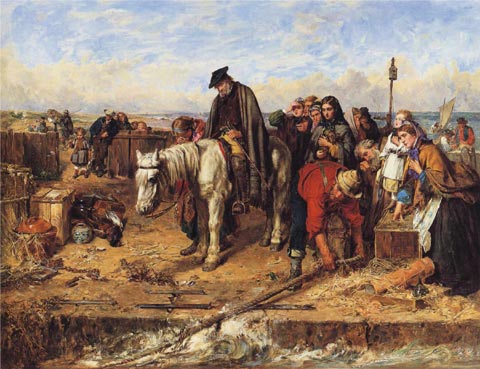 There are a few names associated with the Clearances, but probably the most vilified is Patrick Sellar. As one of the most successful evictors and sheep farmers, accused but acquitted of culpable homicide, he is also one of the most infamous characters in Scottish history.

Sellar first came to prominence when he was employed by the Countess of Sutherland to coordinate large-scale clearances in Sutherland. He undertook the role with great enthusiasm – not least because he would later rent the cleared lands himself for large-scale commercial sheep farming.

He ran into serious trouble in 1816 when he was brought to trial for arson and culpable homicide after an elderly woman died whilst being evicted. At trial, Sellar was acquitted, but his reputation and those of his descendants were forever tainted.

Where did the people go? 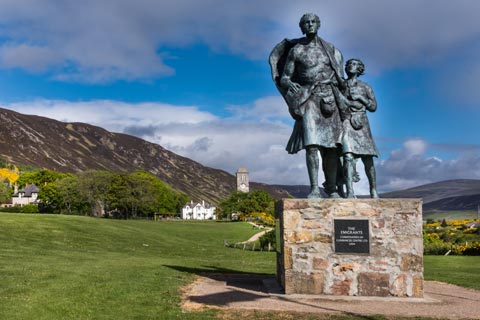 Canada was a preferred place for several reasons. Partly there was already a strong base of Highland settlement there, so people felt they were going to a familiar place, but also because for landlords and schemes sponsoring the emigrants, it was the nearest and cheapest place to reach.

Australia became a popular destination for displaced farmers and crofters. The Highlands and Islands Emigration Society was set up, and they assisted around 5000 emigrants, particularly from Skye, out to Australia. The Australian government cooperated with this, as Australia was short of labour at the time.

The Crofters War and the Napier Commission

The Crofters War began in April 1882, when crofters on the Macdonald estate on Skye resisted attempts by the landlord to remove sections of their grazing land. Protest and resistance spread across the region, affecting Skye, Lewis, Tiree and parts of western Sutherland. 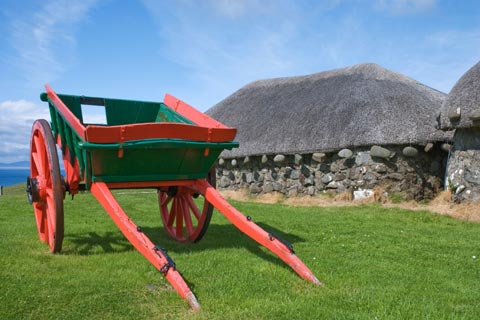 From about 1870 throughout Great Britain as a whole, there had been growing public awareness of the plight of the Highlanders. The issue of land reform had been gradually coming to prominence, which meant the time was favourable for the beginnings of legislation to be passed to assist the Highlanders and protect their rights.

The 1884 Reform Act gave the crofters the vote, and furthermore, the Prime Minister W. E. Gladstone appointed a Royal Commission in 1883 to investigate the claims of the crofters under Lord Napier.

Then in1886, the Crofters Holdings (Scotland) Act was passed. This crucial piece of legislation gave the Highland crofters security from eviction, and implemented the Crofters Commission, to set crofters’ rents, adjudicate on arrears and facilitate extensions to crofts.

The legacy of the Highland Clearances

The idea that the Clearances imposed a significant loss on Highland and broader Scottish identities and heritages alike has driven much artistic, literary and political reflection in the centuries since. 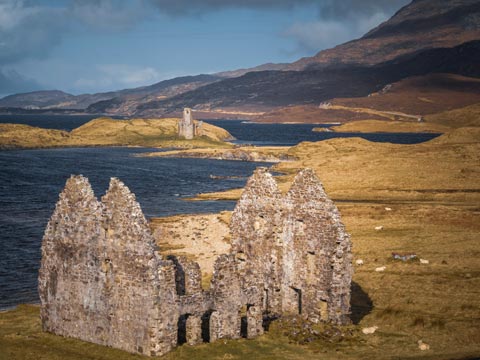 Such activities often reflect and amplify received images of the Highlands as a place of mystique and loss. In 1965, the then Secretary of State for Scotland, Willie Ross, defined “the Highlander” as “the man on Scotland’s conscience”.

The Clearances created a significant Scottish diaspora in Australasia and North America, where many descendants of Highland emigrants still live today. They also provoked a massive population shift within the Highlands themselves.

In 1751, around a third of Scotland’s population lived in the Highlands. By the twentieth century, though, that proportion dwindled to as low as 4%, as countless Highland families and communities forged new lives elsewhere in Scotland and far beyond the country’s borders.

Discover the story of Scotland with Scottish Tours

The Highland Clearances is just one chapter in Scotland’s long and eventful history.

Here at Scottish Tours, we’ll take you to famous sites that echo momentous events in Scotland’s history. Our expert guides will explain the back-story giving you the chance to understand the enormous role they have played in creating the Scotland of today.

It’s our passion to help you explore the unmatched history and culture of the country that we’re proud to call home.