Bonnie Prince Charlie and the Jacobites

Let’s discover the story of the Jacobite Uprisings.

Who were the Jacobites?

To find out the story of the Jacobites in Scotland, we need to go back to 1685, when King Charles II died. He was succeeded by James II (also known as James VII in Scotland), a Catholic. As there was a great deal of anti-Catholic resentment at the time, Protestants were very wary of their new King. 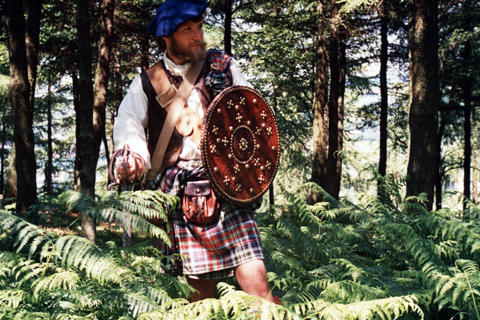 Their fears grew when James’ protestant daughter Mary married William of Orange and was no longer in the line of succession. The final straw was when King James II had a son (James Frances Edward Stuart), and there became a Catholic succession line.

The opponents of King James II invited William III of Orange to invade England in 1688. The following year William and Mary became joint monarchs in what became known as the “Glorious Revolution”, and James II fled to the Continent.

So, supporters of the exiled King James II became known as Jacobites because Jacobus was the Latin word for James. Support for King James II was particularly strong in Scotland, and the Jacobite plan was to restore him to the throne. 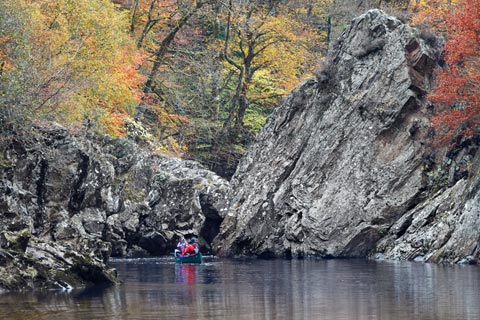 The first of the five Jacobite uprisings took place in 1689 when Viscount Dundee held Edinburgh Castle with a garrison of around 100 supporters.

Later in the year, the Jacobite Army met the Government forces at the Battle of Killiecrankie in Perthshire. The Jacobites were victorious, but Viscount Dundee was killed in the fighting, and the rising fizzled out.

The Pass of Killiecrankie is the site of ”Soldier’s Leap”, where one of the Government redcoat soldiers jumped an astounding 18 ft (5.5 m) across the River Garry to make his escape from his Jacobite pursuers.

Six years later, in 1707, the Act of Union was enacted, which combined the Kingdoms of Scotland and England. This was a very controversial event in Scotland, and there was much opposition within the country. 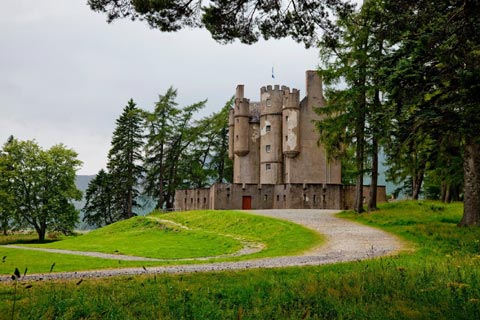 Hostility towards the monarchy grew after Queen Anne died in 1714. She had no heir, so George, a ruler of Hanover in Germany, was chosen to succeed her. King George I was crowned over James Frances Edward Stuart, who many considered the rightful Monarch.

In September 1715, the Earl of Mar declared support for the Jacobite Cause at a rally in Braemar. There was widespread sympathy for the cause in Scotland.

The primary battle of the campaign took place at Sherriffmuir in November 1715, where the Jacobites met the Government Army led by the Duke of Argyll. The result was inconclusive but considered a defeat for the Jacobites.

James Frances Edward Stuart arrived from France later in the year to rally his supporters, but to no avail. Disheartened, he returned to France in February 1716, and the Jacobites disbanded.

The Battle of Glen Shiel the Jacobite rising in 1719

Perhaps the least well-known Jacobite Rebellion took place in 1719 and involved the Spanish army of King Philip V of Spain. An armada of ships sailed from Cadiz to land some 5,000 troops in the west of England where it was thought there was much opposition to King George. 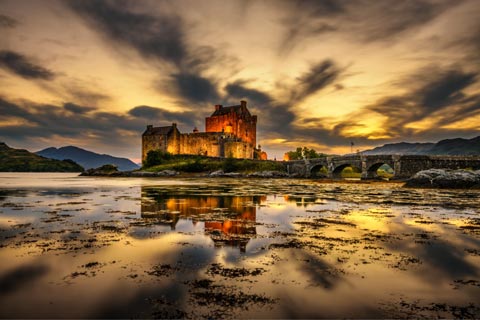 A much smaller expedition of two frigates and 300 soldiers set sail for Scotland. The main task force encountered a ferocious storm that scattered the fleet, and the English invasion was called off. The ships sailing for Scotland also encountered stormy weather but continued their journey.

Much delayed, the Spanish ships made landfall near Eilean Donan Castle on Loch Duich, near the Isle of Skye. They took the castle and used it as a store for their ammunition.

News of the impending attack had reached the British Government, and British warships were dispatched to intercept the invaders. When the British Fleet arrived on the scene, the castle was stormed and the Spanish guards taken prisoner. The castle was blown up in a colossal explosion which left not much more than a stump. 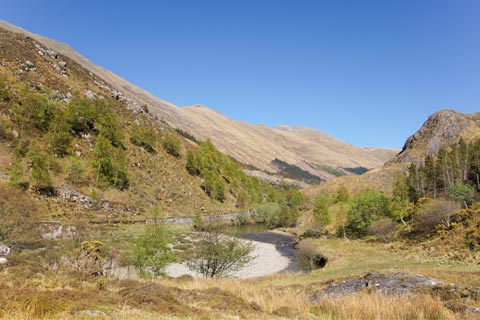 The Jacobite clans had joined the Spanish troops creating a force around 1,000 strong. They met the Government forces in Glen Shiel. Both sides fought with determination, but eventually, the Government side prevailed. Amongst those that fought for the Jacobite side was the famous folk hero Rob Roy MacGregor.

The Spanish troops were taken as prisoners of war and marched to Edinburgh. Eventually, they were sent back to Spain, and the 1719 Jacobite Rising was over. 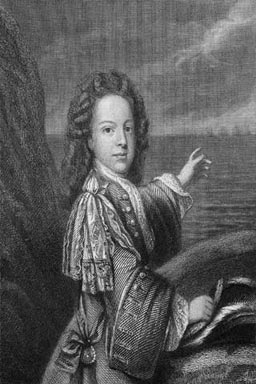 Who was Bonnie Prince Charlie

His childhood was one of great privilege, being brought up in a palace gifted by Pope Clement XI. Considered the legitimate heir to the English, Scottish and Irish thrones, he was surrounded by courtiers and advisors.

A nickname given to Charles Edward Stuart was “The Young Pretender”, and his father was referred to as “The Old Pretender”.

It’s perhaps no surprise then that his destiny was to attempt a recapture of the Crown on behalf of his father, grandfather and the Stuart dynasty.

Prince Charles Edward Stuart first stepped foot on Scottish soil on 23 July 1745 when he landed on the Hebridean island of Eriskay. A month later, he raised his standard at Glenfinnan, and the Jacobite rising of 1745 had begun. 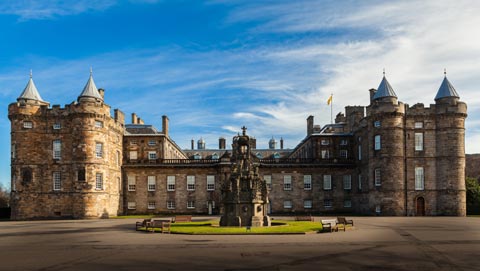 Ironically, the Jacobite army used the roads built in the Highlands to quell earlier uprisings to quickly move south. In September, they took Edinburgh and won a victory against the Government forces at the Battle of Prestonpans. Bonnie Prince Charlie held court at Holyrood Palace before continuing southwards into England.

The Jacobites reached Derby on 4 December 1745, just 150 miles from London. Bonnie Prince Charlie’s advisors were concerned about a lack of support in England and proposed a retreat back to Scotland to wait for French assistance. Reluctantly the Prince agreed.

By February 1746, the Jacobites had retreated to Inverness and camped there for 2 months. During that time, the Government forces under the command of the Duke of Cumberland marched northwards to meet them.

The two armies met on Culloden Moor, outside Inverness. It was to be the last major battle to be fought on British soil. In less than an hour, the Jacobite army had been routed, and some 1,600 men were killed. Bonnie Prince Charlie was ushered away from the battlefield, his dream of capturing the British throne in tatters. 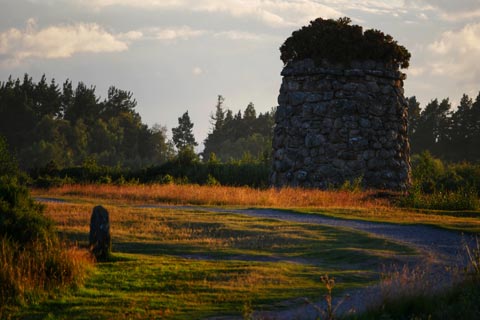 Immediately after the battle, the wounded soldiers of the Jacobite Army were killed where they lay. Such was the ferocity of the retribution that the Duke gained the nickname “Butcher Cumberland”.

The Clan Chiefs that supported the Jacobite cause and escaped the scaffold were stripped of their land and titles. The wearing of Highland dress was banned, as was the playing of bagpipes.

What happened to Bonnie Prince Charlie?

As for Bonnie Prince Charlie, the story of his hidding in the Scottish Highlands and escape back to France and then Italy is a legendary one. Despite having a bounty of £30,000 on his head, the highlanders sheltered him from the Government troops seeking his capture. 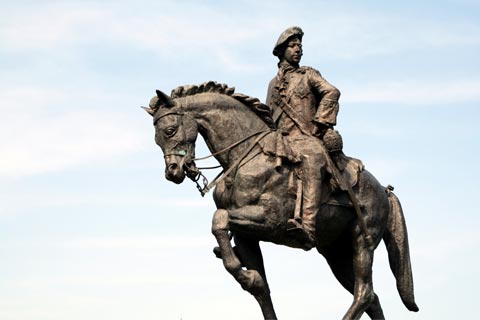 Bonnie Prince Charlie was on the run in the Outer Hebrides, but as the net closed in on him, he happened to meet up with Lady Flora Macdonald. She famously helped him escape from the island of South Uist “over the sea” to Skye, dressed as her maid “Betty Burke”.

After safely landing in Skye, Flora and the Prince parted company never to meet again. Shortly afterwards, Flora was arrested and imprisoned in the Tower of London. On her release, she emigrated to the United States but returned to Skye, where she died in 1790.

As for Bonnie Prince Charlie, after several more weeks of evading capture, he eventually managed to get a ship and returned to the Continent, where he remained in exile until he died in 1788.

It’s easy to follow in the footsteps of Bonnie Prince Charlie and the Jacobites with Scottish Tours.

Explore the famous locations that are forever linked to this fascinating period in Scotland’s history, including Culloden Moor, Glenfinnan and Eilean Donan Castle.

Discover the influence the Jacobite story has had on the hit TV series Outlander or hop aboard the Jacobite Steam Train to follow the route of the Hogwarts Express from the Harry Potter films.