Popular Scottish Myths and Legends and Where to Find Them

Scotland is a land full of legendary tales and mythological stories. The fairytale-like landscapes with its mist-covered mountains and enchanting lochs transport you to a different world. As you explore crumbling castles and triumphant battlefields, it’s easy to understand why Scotland is the perfect breeding ground for rich folklore.

Whether you’re searching for stories of lost-spirits who wander battlefields of days gone by, or you’re looking for stories of sea creatures who dwell in lochs and waterways, Scotland has a tale that’s guaranteed to pique your curiosity.

Get lost in some of our favourite urban legends, mythological creatures, and ghost stories and plan a trip to experience them for yourselves.

Dive into The Underworld of Edinburgh, Edinburgh 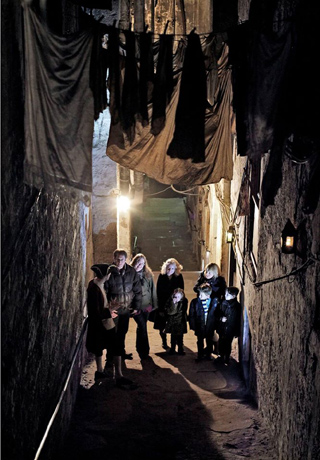 Opposite the Mercat Cross and St Giles Cathedral on the Royal Mile, you’ll find the entrance to Mary King’s Close. Beyond the entrance lies the now-vanished 17th-century underworld buried deep beneath the Old Town of Edinburgh.

The Underworld is a subterranean maze of chambers and passageways filled to the brim with stories of strange happenings, spooky goings-on and eerie hauntings.

This was the location of one of Edinburgh's many slums, and in 1645 - as the bubonic plague ravaged much of Europe - the Underworld became the perfect place for disease to thrive.

People have claimed to see the spirit of ‘Wee Annie’, a child who lost her life after succumbing to plague symptoms. She’s said to haunt the Underworld looking for her parents and capturing the imagination of visitors from all around the globe.

Today, you can explore Annie’s room which is now filled with piles of dolls left by other travellers over the years. If you’re a ghost-hunter at heart, a visit to Edinburgh’s unforgettable Underworld is not to be missed!

Stand in Awe Under The Kelpies, The Helix

‘Water Kelpies’ are mythical horse-like spirits that are said to inhabit Scotland’s many lochs, rivers, and pools.

According to legend, if you’re near a natural body of water at dawn and dusk, you may be able to hear mournful sounds of Kelpies if you listen carefully enough.

If you’re not able to catch a glimpse of these mystical beasts, a visit to the jaw-dropping 30-metre high stainless steel horse-head sculptures that pay homage to water Kelpies at The Helix won’t leave you disappointed.

Visitors who want to find out more about Kelpies should also go to the grounds of the now ruined Vayne Castle in Angus. Here, you can see a mysterious hoof-shaped imprint near to the river where the supernatural beast once roamed.

Meet The Gorbals Vampire of Glasgow

Today, Glasgow is a vibrant city teeming with personality and unique areas full of incredible architecture. To the south of the city centre, in the area known as The Gorbals, you’ll find Glasgow’s Southern Necropolis (not to be confused with the Glasgow Necropolis to the east).

But as picturesque as the graveyard maybe, it’s home to one of Glasgow’s most unsettling urban myths.

In September 1954, after the rumoured disappearance of 2 children, a policeman was called to the Southern Necropolis following the unusual report that the graveyard was overrun with children armed with knives and stakes.

The children claimed they were on the hunt for a 7-foot tall vampire, after it had allegedly kidnapped and devoured the 2 missing children with its razor-sharp fangs.

Compared to others you’ll find on this list, the legend of the ‘Gorbals Vampire’ is relatively recent, but that doesn’t make it any less bone-chilling! Visit this incredible 19th-century Necropolis and see if you can catch a glimpse of the infamous vampire for yourself.

Meet the Ghosts of Culloden, near Inverness 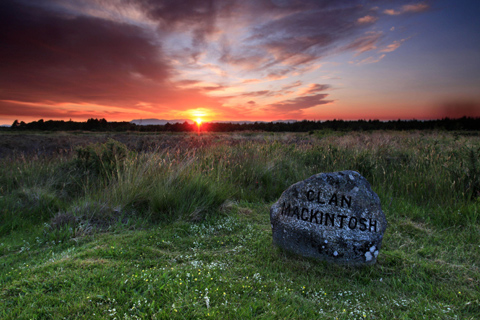 Scotland has many historic battlefields, and most of those battlefields are rumoured to be haunted.

One of the most bloody and brutal battles was during the Jacobite uprising at the Battle of Culloden in 1746 where the army of Bonnie Prince Charlie clashed with the Government forces.

Although the encounter lasted less than an hour around 1,500 men lost their lives and rumour has it that fallen warriors return to haunt the area on the anniversary of their death.

People who have visited on 16 April, the anniversary of the battle, claim to have seen apparitions of ghostly beings, hear battle cries and the distant sound of clashing swords.

We encourage visitors to take a trip to the small village of Culloden near to the site of the battle, which lies only 3 miles east of Inverness. Even if you don’t spot the ghost of a tartan-clad Jacobite soldier, the history of the area is fascinating. 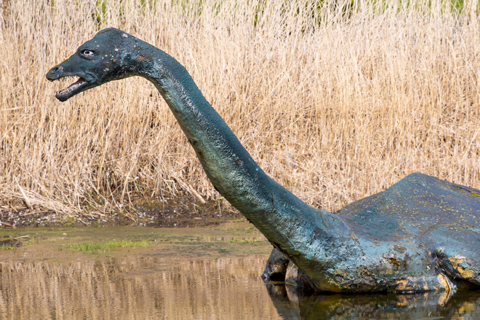 Surely this list wouldn’t be complete without mentioning the world’s favourite monster?

The Loch Ness Monster is the most famous Scottish legend on this list. Most of us are familiar with the centuries-old image of the large, dinosaur-like creature that is said to dwell in the deepest depths of Loch Ness.

While there’s never been any solid evidence to prove the Loch Ness Monster’s existence, the sheer number of eyewitness accounts of that ink-black hump and long neck couldn’t all be a coincidence - could they?

The only way to be sure is to go monster spotting at Loch Ness yourself!

Travel Back in Time at the Standing Stones, Mainly Orkney and Shetland 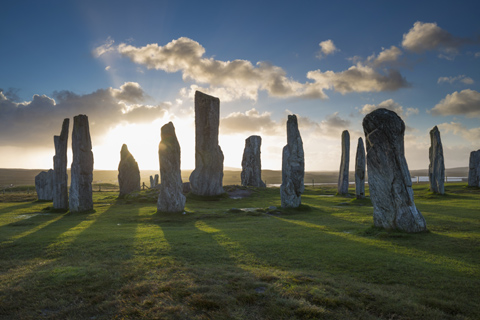 Across Scotland, and especially in the Highlands and islands, you’ll find large, unusual standing stones. It’s thought that the stones were erected over 10,000 years ago by early settlers, but their reason for existence still remains a mystery.

Archaeologists think the stones were used for religious, ritual or ceremonial purposes - but the exact use remains unknown. Some suggest the standing stones are directly related to ancient deities or extraterrestrial life.

Regardless of their original purpose, a visit to Scotland’s standing stone locations will likely stir unexplainably strong feelings in the pit of your stomach.

You’ll find the highest numbers of standing stone circles in Orkney and Shetland, such as the Ring of Brodgar and the Stones of Stenness (which is also the oldest known heritage site anywhere in the UK). You can discover more standing stones in Dumfries & Galloway and Argyll too.

Discover Scotland’s Most Legendary Stories For Yourself with Scottish Tours

If you'd like to discover more Scottish fun facts why not check out our 50 Scottish Factoids page?

Here at Scottish Tours, we pride ourselves on delivering world-class tours and expert insights into the country that we call home. It’s our mission to get you up close and personal with what makes Scotland such a magical place to visit.