Explore the history of Inverness on this popular hop-on, hop-off tour.  There are 11 conveniently located stops so you can alight to discover all the city has no offer. Watch the pleasure boats navigate the locks of the Caledonian Canal or take a stroll along the banks of the River Ness to observe the wildlife. An informative and entertaining commentary in English is provided.

Inverness Castle - admire the panorama over the city from the viewpoint

The name Inverness comes from the Scottish Gaelic "Inbhir Nis” meaning the mouth of the River Ness. The Burgh of Inverness was granted a Royal Charter by King David of Scotland in the 12th century and has grown steadily ever since. Inverness is renowned for being the administrative, distribution and cultural centre of Northern Scotland and through the last quarter of the 20th century, was one of the fastest growing towns in Western Europe. This was rewarded by Inverness being granted City status at the millennium. The city offers a warm welcome to a lively place with a modern outlook with plenty of things to do and see.

This popular open-top double-decker bus tour gives an insight into the development of the city. The tour will take you from the original street between Castle and Kirk, with the oldest building Abertarff House, to the recently completed Highland Archive Centre. Inverness has had 5 castles through the centuries with many famous visitors, not all welcome, McBeth, Robert the Bruce, Mary, Queen of Scots and Bonnie Prince Charlie among them.

Plan your day from the top of a double-decker bus, with 360-degree panoramic views of the city. Visit the many churches including St Andrews Cathedral which is probably one of Local architect Dr Alexander Ross’s finest buildings. On the western outskirts of the City the tour highlights Tomnahurich Hill and the Caledonian Canal, where you could hop off for a cruise on Loch Ness before taking the higher ground for great panoramic views of Kessock Bridge, The Black Isle and the Inverness Firth out to Fort George. The tour introduces the flight of 5 locks at Muirtown constructed in 1822 by Thomas Telford to bring the Caledonian Canal to sea level.

The final section of the tour takes you by the Southside of Inverness Castle to see Flora MacDonald’s statue, the 3 Graces, then along General Wade’s road by Bellfield Park to Holm Mills shopping village.

Without doubt the best way to discover Scotlandâ€™s great cities is to enjoy one of our hop-on, hop-off bus tours. Take the full tour to orient yourself then use your ticket as the most convenient way of getting between the key sights and attractions. All our City Tours are operated by modern double-deck buses whose open-top design provides the best vantage point for sightseeing. There are frequent departures (up to every 15 minutes) and tickets are valid for 24 hours. All tours provide a full commentary in English and on the Edinburgh and Glasgow tours in other major languages too. If youâ€™re travelling with children these tours are a fun and entertaining way to discover your new surroundings - look out for the special kidâ€™s commentary tracks.

Admission fees are not included in the price of the tour. Many of the most popular museums and art galleries on each tour route are free of charge.

The main departure points for the Hop-on, Hop-off tours are: Edinburgh - St Andrew Square (Bus Stop YD).  Glasgow - George Square, next to Queen Street Railway Station. Inverness â€“ Bridge Street, next to the Visitor Information Centre. In addition each tour has a number of stops where you can also board the bus â€“ just exchange your voucher for a ticket from the driver.

A full circuit of the tour route will take 60 minutes in Edinburgh & Inverness and 105 minutes in Glasgow. 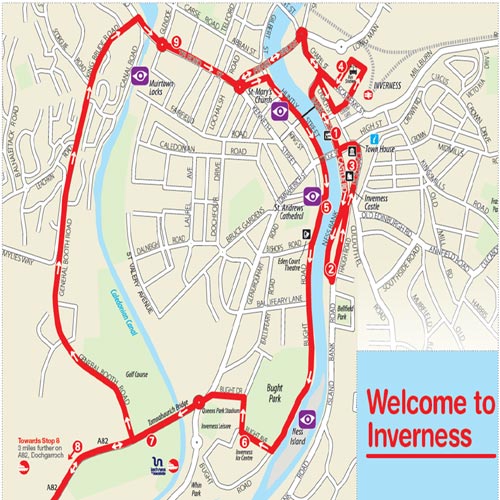 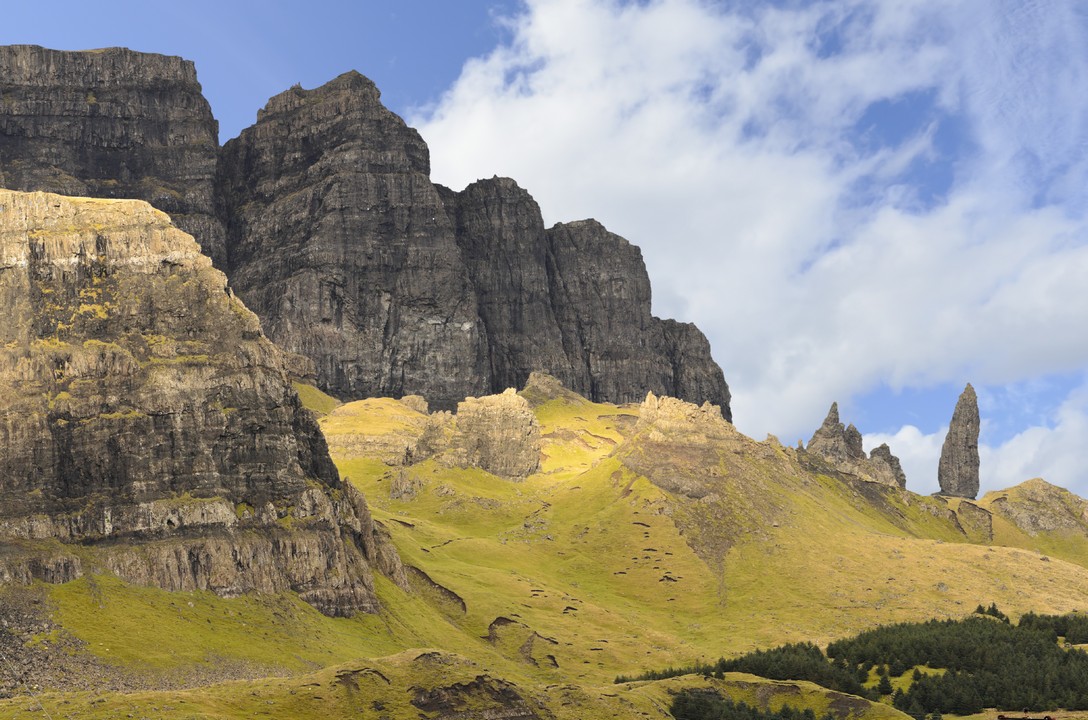 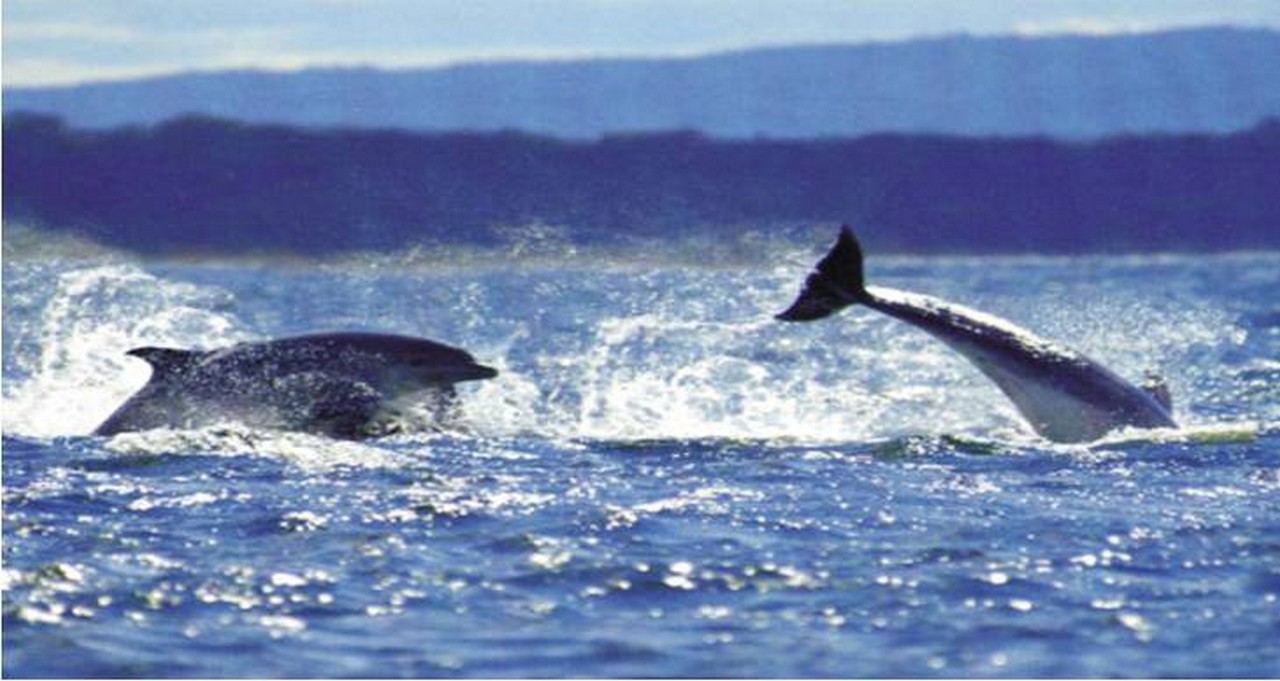 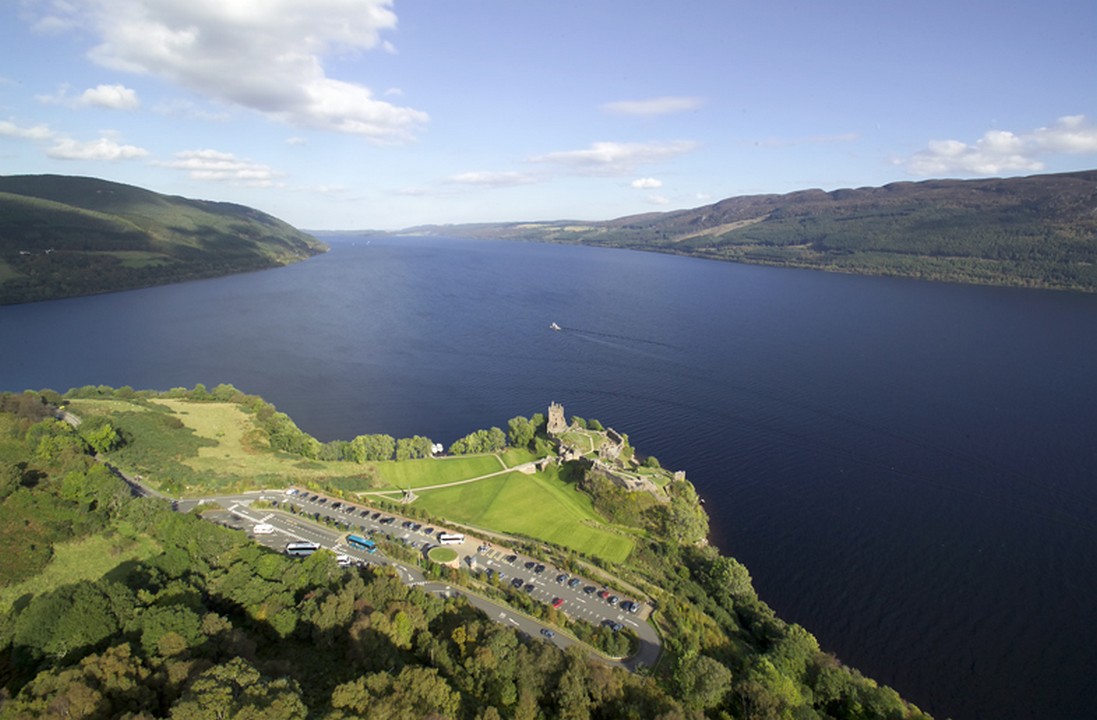