The Highlands and Scottish islands are simply magical. Towering mountains, dark lochs, beautiful Scottish Highland castles and friendly people are just a few of the delights on offer. The Highlands is an area with a long tradition of hospitality and a wealth of romantic folklore, historical heroes and mystical legends.

Plan the ultimate Scottish Highlands tour to explore the farthest corners of our breathtaking nation. Whether you’re looking to escape city life for a quick day trip or enjoy an extended Scottish Highlands holiday, you won’t be short of interesting places to visit.

Discover the best Scottish Highland tours for an unforgettable trip across some of Europe’s most striking landscapes and iconic attractions.

The rugged wilderness of Scotland’s northern tip is home to some of the best places to visit in the Scottish Highlands. Choose from epic road trips, quaint Scottish Highland coastal villages, sandy beaches and much more for the ultimate adventure. 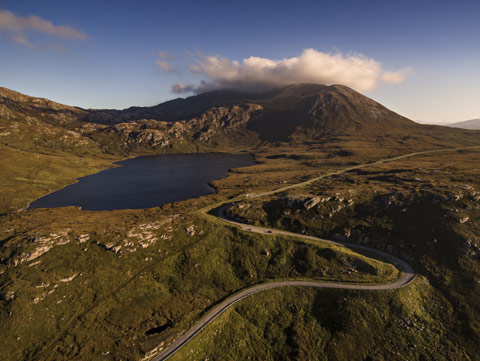 Sit back and relax as you embark on one of the most iconic driving routes on the planet. North Coast 500 is the perfect way to experience the North Highlands in all its glory. Enjoy a spectacular cocktail of sandy beaches, impressive mountain peaks and breathtaking views along Scotland's stunning coastline.

Hop aboard your luxury coach in Edinburgh or Glasgow for an unbelievable 5-day tour of North Coast 500 and the Orkney Islands. Journey amid glorious glens, ancient castles and stunning lochs as you visit the historic battle site of Culloden Moor and the wonders of the Cairngorms National Park. 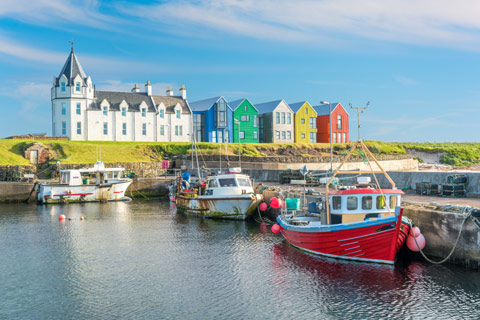 Journey to the northernmost tip of the United Kingdom with a picturesque visit to the world-famous village of John O’Groats. The 876 mile stretch between John O’Groats and Land’s End in Cornwall is the longest distance between two inhabited points on mainland Britain.

Enjoy a peaceful journey through the delights of the North Highlands with a 1-day tour to Dunrobin Castle and John O'Groats.

Meander your way through the wonders of Loch Fleet National Nature Reserve before exploring the ancient history of Dunrobin Castle — a magnificent 15th-century palace and the family seat of the Earl of Sutherland.

After a quick stop at the tiny hamlet of Golspie, enjoy a spot of lunch in Wick before snapping an iconic photo opportunity at John O’Groats. 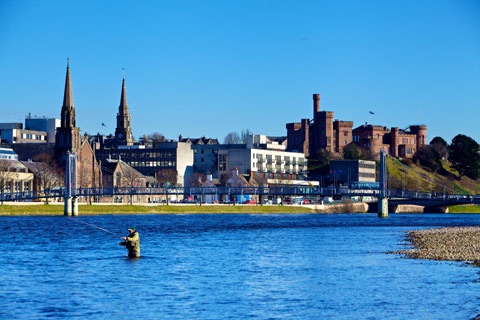 Often referred to as the ‘Capital of the Highlands’, the beautiful city of Inverness is bursting with character and important Scottish landmarks.

The historic city rose to fame after its role in two major battles: the 11th-century Battle of Blàr nam Fèinne against Norway and the 18th-century Battle of Culloden which took place on Culloden Moor. Enjoy spectacular views atop Inverness Castle and explore  the banks of the River Ness with a jam-packed city tour of Inverness.

Inverness is also the perfect base to explore the surrounding Highlands and is just a wee hop skip and a jump from the world-famous waters of Loch Ness. Grab your binoculars and embrace your inner detective as you cruise across Scotland's largest loch and begin your search for the infamous Loch Ness Monster.

Loch Ness is also a stone’s throw from the 13th-century ruins of Urquhart Castle and Clava Cairns — a fascinating Bronze Age tomb that inspired the Outlander TV series.

For the whisky fanatics out there, the Highland regions of Moray and Speyside are home to some of the best single malt distilleries in the world. 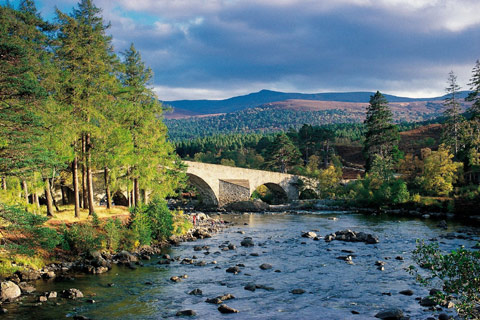 Enjoy a dram of the ‘water of life’ on an unforgettable 3-day tour of the Scottish Highlands. The Speyside Whisky Connoisseur Tour is an enthusiast’s dream as you explore Scotland’s finest distilleries including Aberlour, Glenfarclas and Strathisla.

The region is also home to the beautifully-reconstructed and preserved Brodie castle after it was burnt to the ground by rival clan member, Lewis Gordon in 1645. Continue your cultural experience with a flying visit to the 13th-century remains of Elgin Cathedral.

You can’t tour the area without stopping off for a spot of dolphin watching at Moray Firth. Enjoy spectacular views from Chanonry Point as you’re on the lookout for one of the 130 Bottlenose Dolphins that live in the local waters.

The striking mountains and lush green pastures of Lochaber is home to the historic town of Fort William.

Hop aboard the real Hogwarts Express as you journey along a stunning 41-mile stretch of Highland countryside on the Jacobite Express Steam Train.

The two-hour train ride between Fort William and the quaint fishing town of Mallaig takes you across the spectacular Glenfinnan viaduct — the perfect way to travel to the Isle of Skye in style.

Lochaber is also home to the UK’s tallest mountain peak, Ben Nevis. Enjoy breathtaking views across Glen Coe and the Great Glen as you bask in the glory of the Cairngorms National Park.

Things To Do In The Scottish Highlands 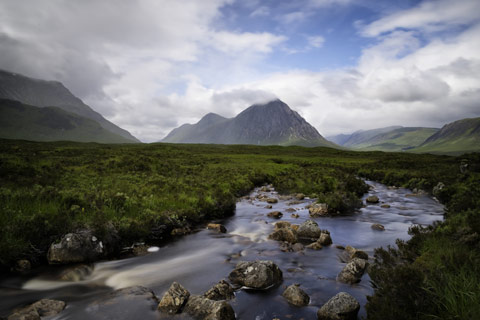 Famed for its magnificent scenery this famous valley has a haunting tale to tell. The picturesque landscapes of Glen Coe have been used as the backdrop of many international blockbusters including the Harry Potter movies and Daniel Craig’s Skyfall.

Founded in 1230, the ancient ruins of Beauly Priory were once a Valliscaulian monastic community located in the charming Highland village of Beauly.

Wind your way along the third highest road in Scotland through the mountains of the Applecross peninsula. Bealach na Bà boasts the steepest ascent of any road in the UK — making it a hot spot for daring cyclists who fancy a challenge. 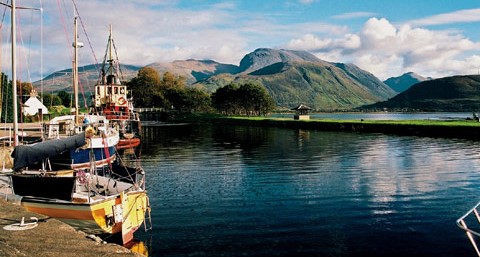 Overlooking Loch Linnhe, “The Fort” has a scenic location just a short distance from the towering peak of Ben Nevis, Britain’s tallest mountain.

Grab your hiking boots as you explore magnificent peaks of the Torridon Mountains and exquisite scenery across the lush planes of the Beinn Eighe National Nature Reserve. 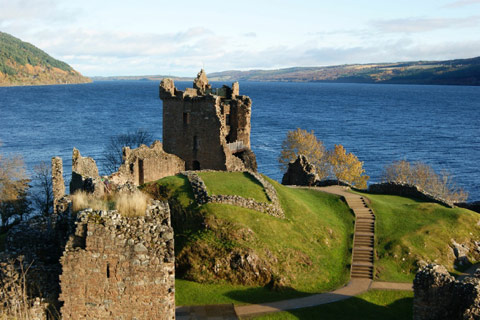 Deep, dark and mysterious everything about this atmospheric stretch of water is vast. Could that ripple be the monster?

Grab your binoculars and read-up on your Scottish birdlife knowledge as you admire the unique wildlife and fascinating geology of Duncansby Head in Caithness. The bizarre shape of the Sea Stacks of Duncansby have puzzled geologists for centuries.

The site of the last battle fought on British soil is where Bonnie Prince Charlie’s Jacobite rebellion came to a bloody end in 1746. 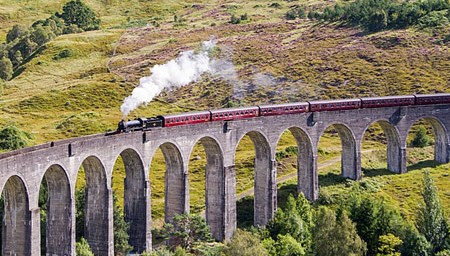 Follow in the footsteps of Harry and his chums by taking an unforgettable trip on the West Highland Railway line.

Discover a riot of colourful and exotic plants, trees and shrubs from around the World. They flourish in these remote gardens thanks to the effects of the Gulf Stream.