Scotland is home to some of the most unique and protected places in the world. These places have the power to change the way we all see, experience, and understand the world around us.

To celebrate these wonderful places, VisitScotland has teamed up with UNESCO to create the world’s very first digital UNESCO Trail. There are 1092 places recognised by UNESCO across the globe and Scotland has 13 of them (quite impressive for Scotland’s demure size if you ask us!)

The new trail is just another testament and reason for Scotland’s visitors and nationals alike to keep exploring our awe-inspiring country. In this guide, we want to share how you can travel to some of these sites without using a car.

Covering 5,268 square km, the Galloway and Southern Biosphere has miles and miles of untouched sandy beaches and woodlands waiting to be explored. You can walk through the forests of the Galloway Dark Skies Park, where flowing rivers wind through the hills, allowing you to experience water wellness in its most natural state.

If you’re looking to travel by train, there are a variety of different routes available depending on whether you are departing from Edinburgh, Glasgow or Ayr.

Looking to cycle around the Biosphere instead? eBikes can also be hired from Biosphere Bikes if you are hoping to explore this sublime area on two wheels. 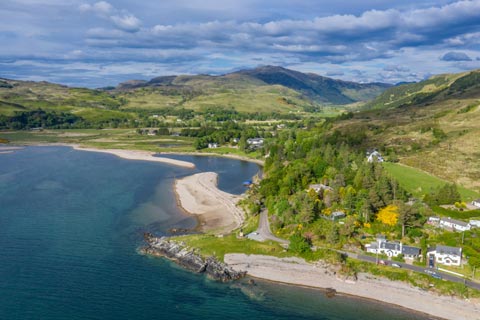 Covering 3,000 square miles, the Wester Ross Biosphere is where you will find some of the oldest geology in the world.

With picturesque stretches of coastline, beaches, lochs, pinewoods and glens, it is a place you can immerse yourself in your surroundings and slow things down.

If you're travelling by train from London, Edinburgh, Glasgow and Aberdeen, you can reach the biosphere by getting a train to Inverness and then travelling on the Kyle of Lochalsh route.

By bus, there are various bus services which run to Inverness from many of Scotland's towns and cities. 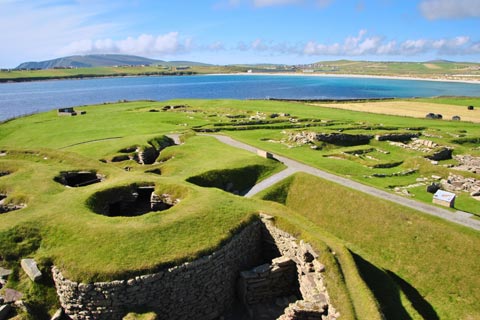 When exploring the Shetland islands, you will find some of the best-preserved archaeology in Europe. Each island has its own long and rich history, including geology that go back millions of years.

This geopark aims to protect and conserve the archipelago's heritage and raise awareness and understanding of its history.

To get to Shetland, you can travel by train or bus on various routes towards Aberdeen. Once you arrive in the city, Northlink Ferries operate services to and from Kirkwall and Lerwick, so it's fairly easy to make your way across and start exploring! 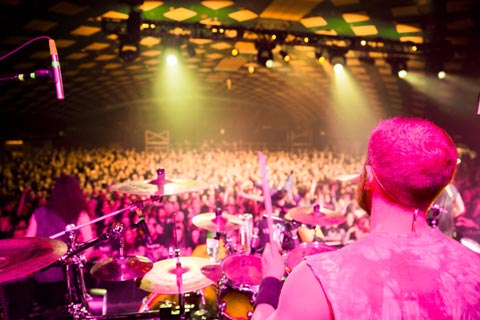 Scotland’s largest city is home to a vibrant and eclectic music scene. Legendary venues such as the Barrowlands Ballroom, Oran Mor and King Tuts Wah Wah Hut have provided a stage for emerging talent then, later, welcomed them back as established artists. Think Oasis, Paolo Nutini, The Killers and Franz Ferdinand to name but a few.

Intimate pub venues throughout the city keep the sound of traditional music alive throughout the year whilst in January each year Celtic Connections draws bands and artists from across the World in a celebration of Celtic music in all its diversity. 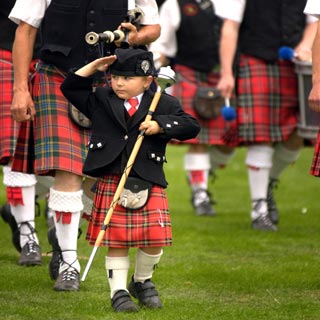 The National Piping Centre is a centre of excellence for the playing of bagpipes and the unmistakable skirl of the pipes can be heard when the best of the best gather at the World Pipe Band Championships to compete for the World trophy.

Classical music is well represented with two symphony orchestras and Scottish Opera being based in the city.  A wide repertoire of orchestral music is played at live season concerts at the City Halls and Royal Glasgow Concert Hall which attract world-renowned artists and conductors.

You can combine a visit to Glasgow with a full day exploring the beautiful Scottish Highlands on our popular 3-day Glasgow, Loch Ness and the Highlands package from London.

Edinburgh has a long tradition of storytelling and literature. It was no surprise then that Edinburgh was awarded UNESCO’s first City of Literature award in 2004. 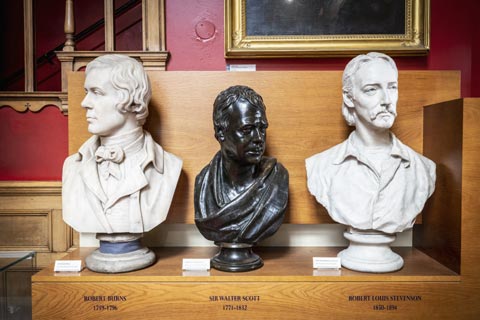 The city has inspired a long line of celebrated authors including Robert Burns, Sir Walter Scott, Robert Louis Stevenson and Sir Arthur Conan Doyle. You can discover more by visiting The Writer’s Museum which is located in a quiet courtyard, just off the famous Royal Mile.

The works of contemporary authors also draw stimulation from the ever-changing vibe of the city. Alexander McCall Smith and Ian Rankin have both delighted fans with their detective novels and Irvine Walsh’s Trainspotting story has been adapted into two blockbuster movies.

The tale of the young bespectacled wizard Harry Potter has fans visiting locations throughout the city that are thought to have inspired JK Rowling as she wrote her series of popular novels.

Set in a splendid wooded gorge by the banks of the River Clyde is the village of New Lanark. It was founded during the 18th Century by David Dale who built a cotton mill here powered by the swirling waters of the Falls of Clyde. By 1820 a population of 2,500 lived in this thriving village. 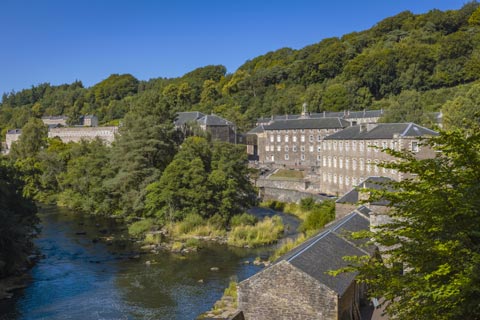 It was Dale’s son-in-law, Robert Owen, who turned the village into a model community. A pioneer of social reform Owen created comfortable living conditions for his workforce as well as free medical care, education and cultural activities.

The cotton mill was in operation until 1968 and was thought to have been the largest industrial site in the World.

Today, New Lanark has been conserved and is an excellent example of a planned village whose story is brought to life through exhibitions, restored buildings and a working machinery.

There is a regular train service to nearby Lanark from Central Glasgow and a connecting bus service to New Lanark departing from Lanark Bus Station.

Frontiers of the Roman Empire, The Antonnine Wall 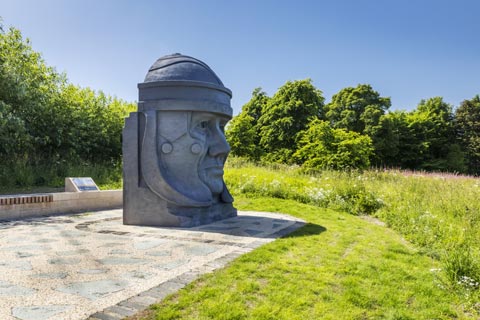 Built as the northern frontier of the Roman Empire around 142 AD this intimidating border stretched for 60km (37 miles) across Scotland between the Rivers Forth and Clyde. It was protected by 17 forts and had a garrison of 7,000 soldiers.

The construction of the wall was from layers of turf with a defensive ditch to deter attack. Behind the wall was a military road that allowed reinforcements and supplies to be speedily delivered if required.

The best-preserved section of the wall can be found near Falkirk at Watling Lodge. Falkirk is on the main railway line between Edinburgh and Glasgow.

Read our earlier blogs to learn more about The Forth Bridge, Edinburgh’s New Town and Neolithic Orkney.

Here at Scottish Tours, we pride ourselves on providing world-class tours and expert insights into the country that we call home. We’re here to help you explore our magnificent country, and it’s our mission to get you up close and personal to the most iconic locations that make Scotland such a special place to visit.