Scottish Islands to visit for a day

The islands that surround the coast of Scotland are famed for their natural beauty, abundant wildlife and ancient treasures. This informative blog looks at some Scottish islands to visit for a day. Some are easily accessible from Edinburgh, Glasgow or Inverness.

Of course, you can mount an island-hopping adventure to far-flung destinations like Orkney, Shetland or the Outer Hebrides. Taking into account distance and ferry schedules, you should plan to be away for at least a week to do them justice.

If time is short, don’t worry, you can still take in one of Scotland’s islands. The travel experts at Scottish Tours have some recommendations.

How many islands does Scotland have?

It’s thought that there are around 800 islands around the coast of Scotland, although just over 90 are occupied. The largest island is Lewis and Harris, who share the same landmass. The smallest is Easdale, which has a permanent population of about 60 islanders.

The majority of islands are formed into four groups: Shetland, Orkney, Outer Hebrides and Inner Hebrides. 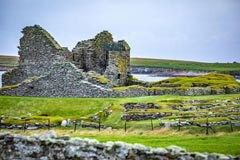 Shetland Islands: This northerly group of islands sits 112 miles beyond the Scottish mainland. Around 100 islands in this archipelago stretch northwards for 70 miles. The main town is Lerwick, a popular calling port with cruise ships.

The main attractions are Jarlshof, where excavations have discovered various dwellings, from Stone Age earth houses to a 17th Century mansion and Scalloway Castle, an impressive 17th Century fortress. 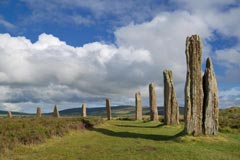 Orkney Islands: Some 70 islands make up this group located north of the Scottish mainland. 20 of the islands are inhabited, which are low-lying and green. The Orkney islands are famed for their famous prehistoric sites, including the Stone Age village of Skara Brae and the impressive burial chamber of Maes Howe.

The treasures of Neolithic Orkney are of such importance that they have been awarded UNESCO World Heritage status. 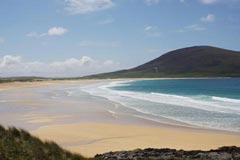 Outer Hebrides: Romantically known as the “Western Isles”, this sprawling cluster of some 70 islands extends over 130 miles from Lewis in the north to Barra in the south. The 12 inhabited islands benefit from the mild temperatures influenced by the Gulf Stream. Having said that, the Butt of Lewis has been recorded as being the windiest place in the UK!

The islands are famed for their sandy beaches and prehistoric gems, including the Callanish Standing Stones, dating from around 2900 BC. 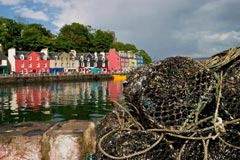 Inner Hebrides: Skye, Mull and Iona are just some of the 79 islands of the Inner Hebrides dotted off of Scotland’s west coast. Famed for its dramatic landscapes and romantic history, Skye is the largest island in the group, whilst the smallest is Easdale, with a population of around 60.

Whisky lovers will head to Islay, which boasts no less than 9 distilleries, including famous names like Bowmore, Bruichladdich and Laphroaig.

Day Trips to Mull and Iona from Oban 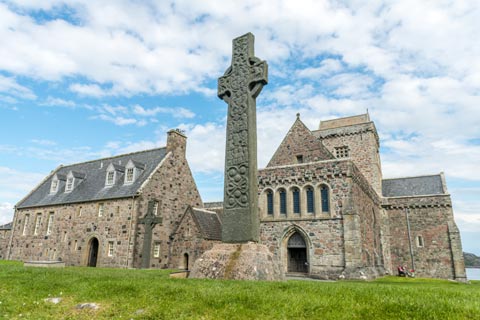 The rugged scenery of Mull combined with the serene atmosphere of Iona makes for an ideal island visit. If you’re based in Oban, the Mull and Iona tour operated by West Coast tours allows you to visit these two Hebridean islands in just one day.

Catch the CalMac ferry from Oban, and when you make landfall at Craignure on the Isle of Mull, a local driver/guide is ready to take you on a scenic coach tour through the island. At the little ferry port of Fionnphort, take the ferry to Iona, where there are two hours ashore. Plenty of time to visit Iona Abbey, the Benedictine Nunnery and the Reilig Oran, burial place of the Scottish Kings. 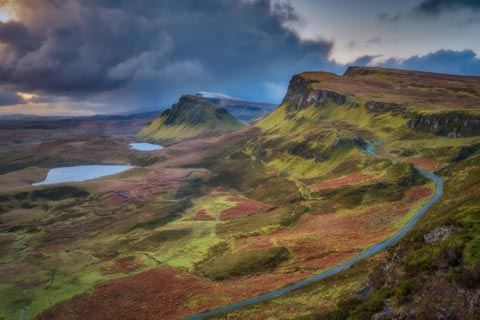 One of Scotland’s most popular excursions is the Isle of Skye day tour from Inverness. Taking in picturesque glens, shimmering lochs, wild mountain scenery and fairytale castles, it’s easy to see why this tour is such a hit. The Ultimate Skye Tour is a favourite option as it provides the most in-depth experience for the day visitor.

After travelling through Glen Carron, cross over to the Isle of Skye to see the towering Cuillin Mountains. Spend time in colourful Portree, the island’s main town, which surrounds a natural harbour. The Trotternish Peninsula is famed for its incredible landscapes, including the Old Man of Storr and Kilt Rock. Take a stroll to view the Fairy Pools, a social media hit, before returning to the mainland to see romantic Eilean Donan Castle.

The St Kilda archipelago will often come to mind when you think of remote islands. Forty miles out into the Atlantic Ocean, the resident population was evacuated in 1930 and the islands left to the resident bird population, which is believed to number over 1million.

St Kilda is one of Scotland’s six World Heritage Sites and received the award due to its natural heritage.

One day cruises operate from Leverburgh on South Harris. You can get more information about the trip here. 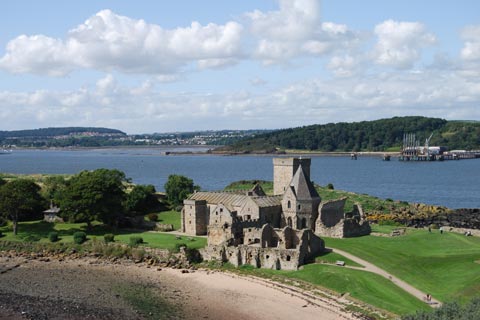 If you visit Edinburgh, you can enjoy an island adventure on the Firth of Forth. A connecting bus service operates from Central Edinburgh, linking with the cruise boat, which sails from the picturesque town of South Queensferry.

There are stunning views of the iconic Forth Bridges and time ashore on the island of Inchcolm.

A double-deck bus provides an excellent vantage point for the journey to South Queensferry. Once aboard the cruiser, see the three Forth Bridges that span the Forth Estuary, including the majestic Forth Bridge. Spend time ashore on the island of Inchcolm to see the medieval Abbey, plentiful birdlife and coastal defences.

Learn more about the tour here. 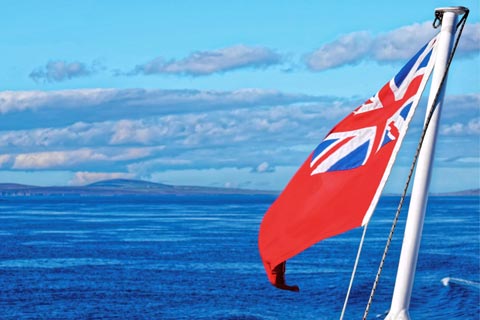 Currently, there is no option to take an Orkney Day Tour from Inverness, but you can still set sail from John O’Groats to explore these fascinating islands. Learn how life was lived by the early settlers and the legacy left by the Viking invaders. Discover the naval history of Scapa Flow and the story behind the impressive St Magnus Cathedral.

The crossing of the Pentland Firth is a mere 40 minutes, and on arrival in Burwick, a local driver/guide is waiting to introduce you to the history and beauty of these islands. Cross the waters of Skapa Flow using the Churchill Barriers and learn the vital role these islands played in both World Wars. Visit the ornate Italian Chapel, then explore the prehistoric gems of Skara Brae, Maes Howe and the Ring of Brodgar. The Heart of Neolithic Orkney is another of Scotland’s UNESCO World Heritage Sites. Spend time in Kirkwall, the island’s main town, before returning to the mainland.

Get times and prices directly from John O’Groats Ferries.

Are you ready to explore Scotland’s Islands? Whether you seek a 1-day excursion or a relaxed escorted tour, Scottish Tours has the perfect island-hopping adventure.