With vibrant coastlines, incredible mountains, rolling glens and remote forests, it’s easy to see why so many different kinds of animals have made Scotland their natural habitat. Scotland’s unspoilt natural environments offers some of the best opportunities to see wildlife up close.

Our guide features some of the most iconic wildlife in Scotland and how you can try to spot them on a wildlife tour.

Birds of the Outer Hebrides 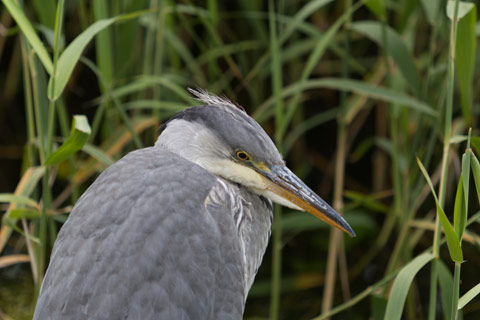 The Outer Hebrides is a chain of islands off the western coast of mainland Scotland. The islands are home to a huge number of seabird colonies, making it one of the best birdwatching locations year-round.

Surrounded by the North Atlantic Ocean, the waters of the Outer Hebrides are rich in food for seabirds and provides the perfect nesting grounds.

Visitors might encounter species like Heron, Gannets, Ringed Plovers, Sea Eagles and Eiders among others. Migrant visitors include Whooper Swans and Long-Tailed Ducks.

Take an unforgettable trip to the Outer Hebrides on the Hebridean Explorer Small Group Tour by Scottish Tours. 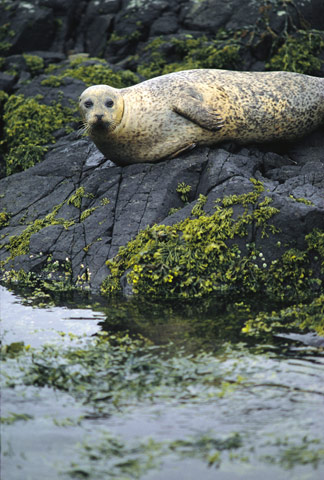 As a large tidal basin with sand dunes and mudflats, Loch Fleet provides a cosy home to a colony of seals throughout the year. The loch forms the estuary of the River Fleet and is surrounded with stunning mountain views from its pebbly shoreline.

If you venture out into the Balblair Woods near to the loch, you might also be lucky enough to spot a few otters, bats, foxes and pine martens too.

Located off the far north coast of Scotland, the Orkney islands are home to many different species of marine mammals like dolphins, whales, porpoises and harbour seals, as well as other large marine animals like basking sharks.

Orkney also has some iconic sites like the prehistoric village of Skara Brae and the Neolithic Ring of Brodgar, making it an all-round incredible destination. 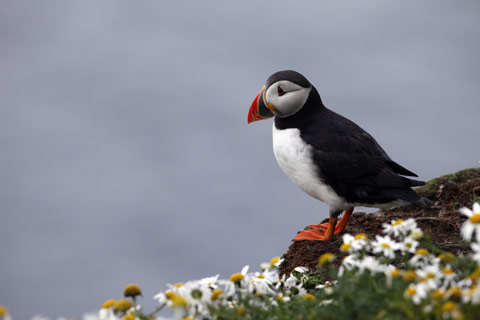 Situated at the very north-eastern tip of the Scottish mainland, Duncansby Head has magnificent sea stacks as well as a picturesque lighthouse.

The area is also a prime destination to spot puffins nesting on the cliffs near the Duncansby Stacks. These bright-billed stocky birds spend most of their lives out at sea, but come to roost on the rocky outcrops at Duncansby Head throughout the year.

Visit the most northern points of the British mainland on the John O’Groats and the Far North Tour.

Dunrobin Castle looks like a castle out of a fairytale. You can almost hear the knights clinking armour. Situated in the Highlands of Scotland, this magnificent stately home is the family seat of Clan Sutherland.

Between April and September, visitors to Dunrobin Castle can watch the amazing falconry displays held on the castle lawns.

These majestic birds of prey exhibit their raw and natural power, while an expert handler explains the different hunting methods used by owls, hawks, eagles and falcons. Catching one of these shows provides a fantastic opportunity to get up close and personal with the birds of prey that were previously native to the Scottish Highlands.

Catch a Glimpse of Dolphins Along the Moray Firth Coast 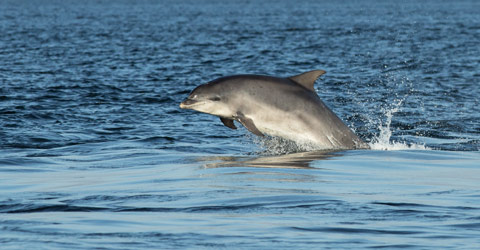 From time-to-time bottlenose dolphins live and play in the waters along the Moray Firth Coast.

If you make a visit to the Moray Firth Coast, remember there’s no guarantee that you’ll see a dolphin. But with a bit of time, effort and a dose of patience, you stand a reasonable chance of spotting one of these playful dolphins.

You have the best chance of seeing a dolphin at Chanonry Point area because the water here is rich in food for marine life.

Whale Watching off the Isle of Mull

As the Isle of Mull sits on the Gulf Stream, the water is full to the brim with food for whales and other marine life. For an unforgettable experience, visitors can take a boat trip and go out in search of Minke Whales.

Minke Whales are typically only seen in the summer months. However, remember that they’re relatively hard to spot so you’re never guaranteed to see one. 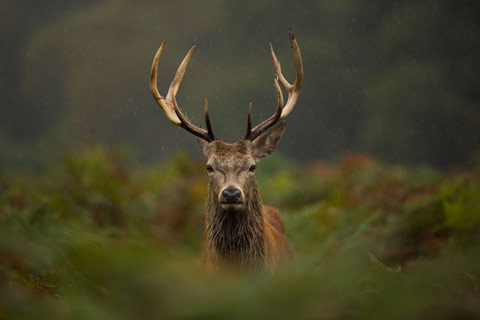 The Scottish Deer Centre in Fife covers a 55-acre country park home to many different species of deer, some of which are long lost from the Scottish countryside.

Open year-round, visitors can see Axis Deer, Barasingha Deer, Fallow Deer, and Red Deer amongst others. The Scottish Deer Centre is also home to a few wolves and European brown bears too.

Discover Scotland’s Wildlife and Reconnect Yourself with Nature

Without a doubt, Scotland boasts some of the best spots to see all kinds of wild animals up close and personal.

From bird watching to seal spotting, Scotland is bursting with opportunities to see these magnificent animals in their natural habitats.