The awe-inspiring Orkney islands are the perfect location for archaeologists, birdwatchers, history buffs, and anyone who loves beaches and natural open spaces.

In under one hour from the mainland, you can step ashore to become a time-traveller discovering 6,000 years of history, fantastic wildlife, delicious food and a distinct culture.

Located just 6 miles from Scotland’s north coast, the amazing Orkney islands are an archipelago made up of 70 islands in total, only under a third of which are inhabited.

Kirkwall is the vibrant main town of the Orkney Islands, which at its heart is still a Viking town through and through. Other popular destinations in Orkney include the captivating towns of Stromness, Stenness, Birsay, Tankerness, and St. Mary’s. 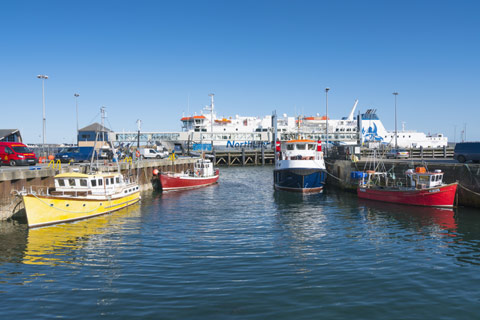 Island hopping around the Orkney is a novel experience, and one of the best ways that you can get around and see the incredible places is by tour bus.

On your travels you’ll encounter The Churchill Barriers, which are an awesome feat of engineering that form vital transport links between the Orkney Island communities.

Amazingly, it will only take you around 45 minutes to drive around the entirety of the Orkney mainland, where you’re guaranteed to see spectacular scenery and marvelous ocean views.

For nature lovers, a visit to Orkney is a must for its varied birds and wildlife. With some 30 seabird cliffs to explore you may be lucky enough to capture a glimpse of white-tailed eagles and puffins. The birdwatching enthusiasts will be spoilt for choice!

The waters surrounding the Orkney islands are also home to many different species of marine mammals like dolphins, whales, porpoises and harbour seals, as well as other large marine animals like basking sharks. 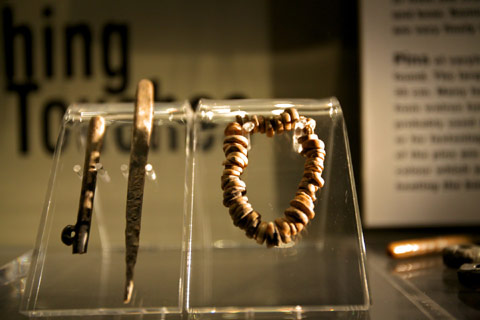 The history of Orkney goes back to the earliest of times. Humans have been calling the Orkney Islands their home for almost 12,000 years, and as a result the islands have one of the highest concentrations in Europe.

Evidence of human settlements and ancient monuments can be found from coast to coast, and exciting new historic and archaeological discoveries are still being made even to this day.

UNESCO has designated the key ancient sites on mainland Orkney as a World Heritage Site. 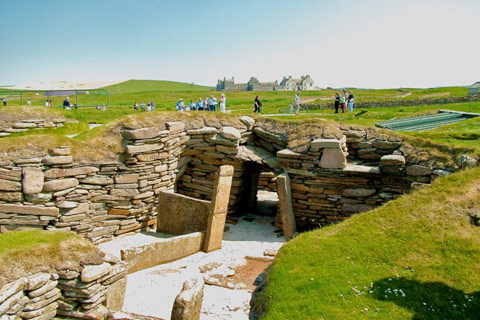 Skara Brae is an amazingly well-preserved prehistoric village built in the Neolithic period. Complete with fine stone furniture, this incredible village will give you a great idea of what daily life would have been like 5,000 years ago.

Did you know that the site of Skara Brae was uncovered by a huge storm in 1850?

The Visitor Centre contains a collection of artefacts recovered from the site including jewellery and tools.

The Stones of Stenness are situated near to the Ring of Brodgar, just north of Stromness. Excavations have shown that these mysterious stones are likely the oldest henge in the British Isles.

The site is closely associated with traditions and rituals relating to the Norse gods, with one of the thin stone slabs referred to as “Odin's Stone”. The Stones of Stenness are a dream for any fans of Norse mythology. 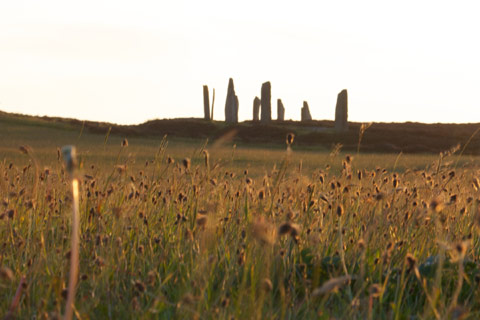 Located around 6 miles northeast of Stromness, this prehistoric circle of 27 stones was completed around 1200 BC.

It is thought that this mysterious stone circle formed part of a massive ceremonial and ritual site.

The Ring of Brodgar makes up one of four UNESCO World Heritage Sites located on the Orkney Islands and are also the most northern of any Neolithic stone circle henges in the United Kingdom.

Tomb of the Eagles

Located on South Ronaldsay, the Tomb of the Eagles is a neolithic tomb built into the edge of a cliff known as Isbister. To enter the tomb, visitors can lie flat on a trolley and then stand up once inside.

During your visit to the ancient tomb discover the story of local farmer Ronnie Simison who uncovered the Bronze Age site on his land and completed his own excavations in the 1970s. 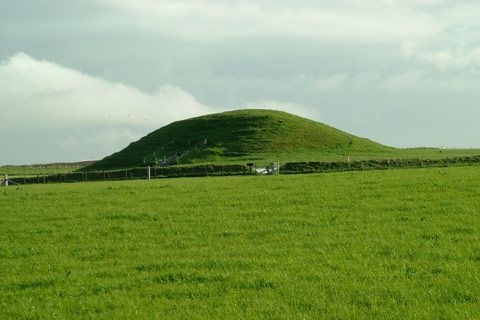 Maes Howe is one of the most impressive chambered tombs in Europe. Built 4,700 years ago, scholars have puzzled over the meaning of the name of the chambered cairn. It’s been suggested that “maes” originates from a similar Old Scandinavian word for “meadow”.

You’re encouraged to soak up the stillness, darkness and silence while standing in the tomb. During your visit lookout for the graffiti left by Norsemen who raided the tomb around 1,000 years ago!

This natural harbour and sheltered bay has been an important part of travel, trade and conflict in the history of the Orkney Islands. Scapa Flow was the main British naval base and scene of momentous naval events during both World Wars. 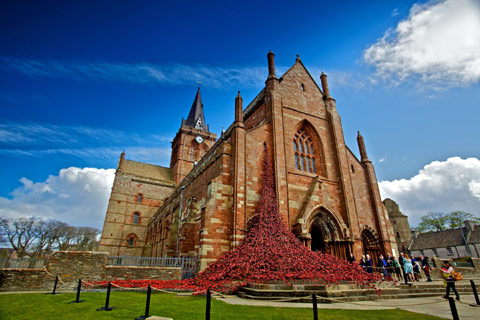 Orkney’s charming capital is an 11th-century wonder. With ancient Norse origins around every corner, no trip would be complete without a visit to the impressive St Magnus Cathedral dating from 1137 - an example of one of the finest Norman buildings anywhere in Europe.

Take some time to unwind, relax and watch the boats come and go through this bustling little harbour town.

This fascinating museum tells the story of radio receivers from simple crystal sets through the art-deco radios of the 1930s to the transistor radios of today. 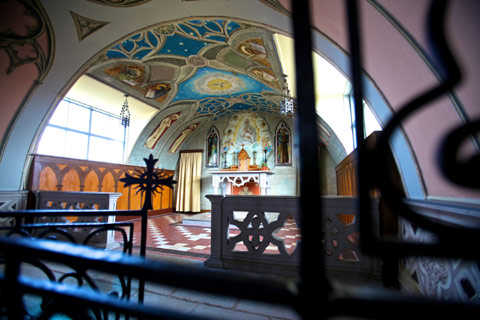 Created by Italian prisoners of war in 1943, this ornate and exquisitely decorated Chapel is located on Lamb Holm in Orkney. The POWs constructed the chapel with very limited materials while they worked on the Churchill Barriers.

Explore some of the most incredible ancient history, lively and vibrant wildlife, and charming towns that Scotland has to offer on the Orkney Islands.