Escape to the heart of Scotland, where the Highlands meet the Lowlands and Scottish culture is in full bloom. Discover a land steeped in history, dotted with enchanting castles and surrounded by dense forests.

Take to the waters of Loch Lomond, step back in time at Stirling Castle or hike the tallest peak in Trossachs National Park. However you spend your time here, you’re bound to fall in love with Scotland.

This mighty castle stands guard over Stirling town and was a favoured residence of Scottish Kings and Queens. As you walk through its grand halls, it’s easy to visualise life centuries ago.

Venture outside and through the old town, where your visual history lesson continues with cobbled streets and medieval buildings.

Stirling has always played an important part in Scotland’s history and culture. Its strategic position in the central belt meant that whoever controlled Stirling ruled the land.

In Stirling, you’re never far from the sound of birds and whoosh of treetops as romantic wooded glens and picturesque lochs are only a stone's throw away. Within easy reach of both Glasgow and Edinburgh, it’s no wonder Stirling tops the list for best places to go in Scotland. 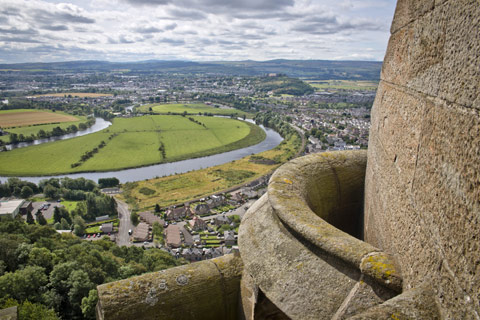 What to Do in Stirling

Stirling is home to rolling hills, important historical sites, quaint villages, and even modern architecture. With so much on offer, it’s easy to find something to keep everyone entertained.

Draw your sword and prepare to learn all about medieval warfare at the award-winning visitor centre.

Admire the modern 21st-century rotating boat lift known as the Falkirk Wheel that rises 35m in the air transferring craft between the Forth & Clyde and Union Canals. 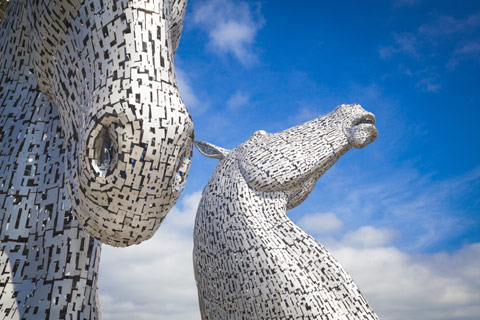 Stand in awe at the massive 30 m tall Kelpie statues rising from the canal. Once you admire the world’s largest equine structures, make sure to enjoy the park’s 17 miles of pathways. 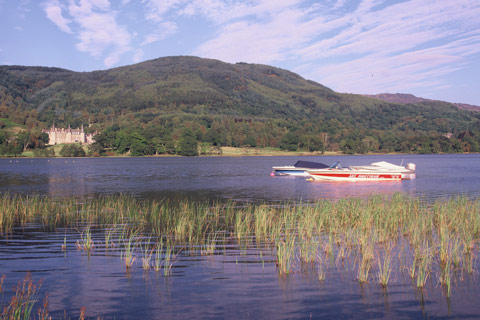 Here, you’ll find untamed and wild nature and even get the chance to spot enchanting wildlife like eagles, pine martens and red deer.

Where are the Trossachs?

To the east of Ben Lomond in the Stirling region, you’ll find the Trossachs National Park. The Trossachs, or Na Tròiseachan in Gaelic, includes gorgeous glens, tranquil lochs and woodlands.

Mountains in the Trossachs

Over 390 million years ago, the Highlands and Lowlands violently clashed to create the Highland Boundary Fault line. This line officially marks the start of the Highlands and runs smack through Loch Lomond and Trossachs National Park. Across this fault line, you’ll find 21 large mountains affectionately known as Munros.

Villages Near the Trossachs

On a guided tour of the Trossachs, you’ll probably pass through the quaint villages of Callander or Aberfoyle.

Callander is the eastern gateway to the Trossachs and is often referred to as the ‘Gateway of the Highlands.’ It makes a handy base for exploring the area and further afield.

Aberfoyle on the banks of the River Forth is another handy base for exploring the Trossachs. Surrounded by Queen Elizabeth Forest Park, Aberfoyle immerses visitors in Scottish nature while also providing direct access to plenty of boutiques, independent cafes and delicious eateries. 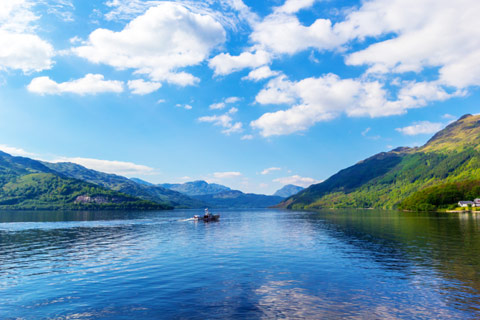 Loch Lomond holds a special place in Scottish hearts. Boasting idyllic shorelines, over 30 secluded islands and picturesque villages, Loch Lomond offers outstanding natural beauty. And, as the largest expanse of freshwater in mainland Britain, it’s a highlight of any trip to Scotland.

Spend your days exploring the water and fjord-like scenery via canoe, kayak, motorboat or jet ski. At night curl up in front of a roaring fire with a wee dram or two.

Loch Lomond Things to Do

Whether you’re a water-lover or prefer dry land, there are plenty of ways to experience and enjoy Loch Lomond. 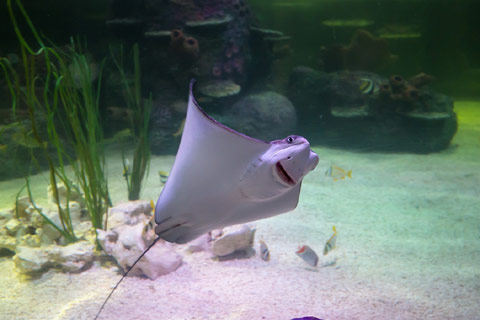 Discover the majestic scenery of Loch Lomond aboard a cruise boat. It’s one of the most relaxing ways to explore the waterways.

No trip to Scotland would be complete without a dram. Loch Lomond distillery produces seven different malts including single and blended.

Along the Shores of Loch Lomond

While the waters of Loch Lomond are the big draw here, spend time exploring the quaint villages and might mountains that line its shores.

The village of Balloch provides the perfect base for exploring the region as its home to many excellent restaurants and hotels. You can also get cruises from here to the nearby village of Luss. 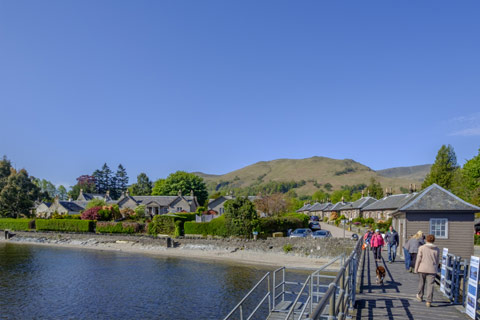 A historic gem, the pretty village of Luss is a must-see location. People have lived here since medieval times. But most of the slate cottages were built in the 18th and 19th centuries for mine workers.

This conservation village starred in the popular TV series "Take the High Road" as the imaginary village "Glendarroch".

As you head North towards Tarbet, you’ll enter the Highlands and encounter the fjord-like scenery created by the Arrochar Alps. Spread around the head of Loch Lomond, these rocky mountains create a unique Scandinavian-esque landscape that’ll take your breath away. 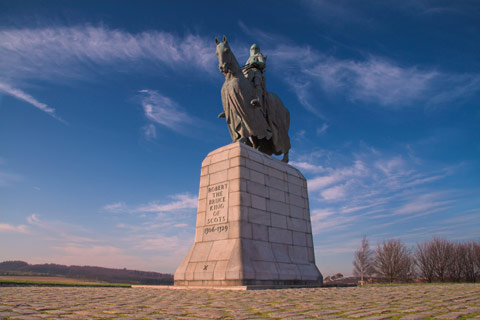 Prepare for battle at Bannockburn Battlefield, where King Robert the Bruce commanded the Scottish forces to victory over the "Auld Enemy".

The outcome of this famous battle that took place on 24 June 1314 helped to secure Scotland’s independence from England.

Visit the award-winning Visitor Centre to experience the sights and sounds of this monumental battle.

Known as “Scotland in Miniature,” experience scenic landscapes of lochs, extensive forests and quaint villages in The Trossachs National Park.

Join one of several operators to explore the waters of Loch Lomond and its 23 islands.

Covered in Scottish bluebells in spring, the island of Inchailloch provides a tranquil escape.

Take a ferry from April to October to explore the ruins of a 13th-century Augustinian monastery and discover a place where Mary Queen of Scots once took refuge.

Climb Scotland’s most southerly Munro and take in the stunning views of Loch Lomond and the Trossachs.

Discover Stirling Castle’s rich history as you walk the Grand Hall, admire the Royal Apartments and meet the Stirling Heads. 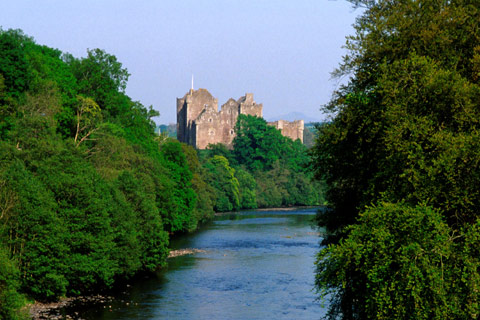 Experience your favourite movies and TV series, including Monty Python and the Holy Grail, Game of Thrones and Outlander, at Doune Castle.

This well-preserved castle, which sits overlooking the River Teith, was built in the fourteenth Century as a home for the Regent Albany.

Learn More About Loch Lomond, Stirling and the Trossachs

Download the official guides to learn more about this enchanting region.

Loch Lomond and the Trossachs.