From the soft-fruit farms of Angus to bustling Dundee, overlooking the silvery Tay. To the north, the lochs and Glens of Highland Perthshire offer some of the most breathtaking scenery in Scotland. 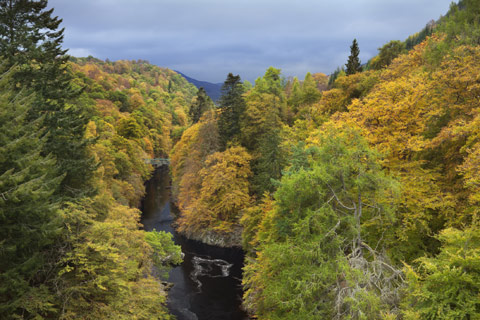 There is so much to explore in this delightful corner of Scotland. Some of the most beautiful scenery is to be found here including Queen’s View over Loch Tummel and the wooded gorge of Killiecrankie, scene of a Jacobite skirmish.

Explore charming towns and villages such as Pitlochry — home to two wonderful whisky distilleries and its famous salmon ladder. Dunkeld is also a favourite stopping point with its lively art scene and excellent restaurants. The county’s capital, Perth, offers stylish Georgian houses, quaint cobbled streets and cultural city tours to some of Scotland’s most historic sites.

Located in the east of Scotland, the beautiful Perthshire stretches from Strathmore in the east to Rannoch Moor and Ben Lui in the west. 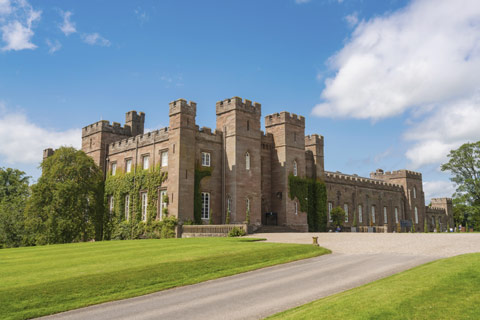 A stone’s throw from Perth city centre sits Scone Palace — the crowning place of famous Scottish monarchs from days gone by. Discover the charming history of this magnificent 12th century home as you follow in the footsteps of Mary Queen of Scotts and the first King of Scotts, Kenneth MacAlpin.

The charming market town of Crieff is famous for its traditional whisky distilleries, cosy tearooms and long history in cattle droving.

Stop by for a guided tour and a dram of your favourite malt at the Glenturret Distillery on the banks of the Turret River, two miles north-west of Crieff. 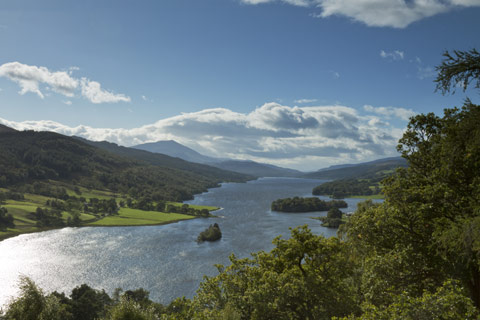 Experience breathtaking scenery from one of the most spectacular vantage points in Perthshire. While many people believe it was named after Queen Victoria’s visit in 1866, it’s more widely believed to have been named after Queen Isabella, the 14th-century wife of Robert the Bruce.

Explore the long and narrow waters of Loch Tummel, 7 km north-west of Pitlochry. This is a beautiful spot for birdwatching and enjoying complete peace and quiet as you reconnect with the great outdoors.

Grab your hiking boots and wrap up warm as you take on all 1083 metres of Schiehallion — a striking mountain peak in the heart of Perthshire. The mountain itself played an important part in a famous 18th-century experiment to ‘weigh the world’.

Along a Highland tour to Perthshire, you’ll notice some of Britain’s tallest trees. Take a walk through the Hermitage to see the towering Douglas Firs — some can climb over 200 feet tall!

Without a doubt, Dundee is one of Scotland’s newest destinations. A lively centre of art and design the city is home to the only branch of the V&A outside London. 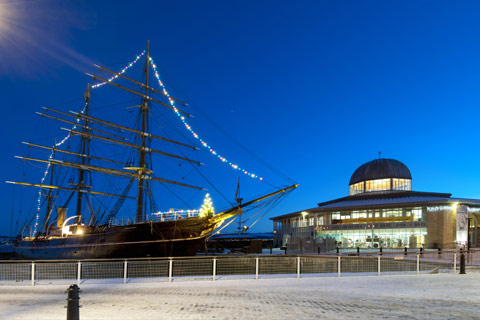 You can discover more about Dundee’s heritage at the McManus Art Gallery and Museum. A popular visit is Discovery Point, where you can discover what life was like for Captain Scott and his crew during their Antarctic expeditions.

If you’re looking for some fresh fish and chips and the smell of ocean air, take a trip four miles east of Dundee city centre to the seaside town of Broughty Ferry. Known as “the Jewel in Dundee’s Crown”, this quaint Scottish town is bursting with charm and leisure activities for all the family.

You can’t visit Dundee without stopping off on the banks of River Tay. As Scotland’s longest river, the Tay flows down from the slopes of Ben Lui before winding its way through Strathtay, Perth and finally exists to the sea at the Firth of Tay, South of the city of Dundee. 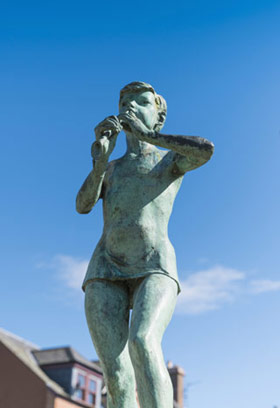 The town of Arbroath is home to the famous smokie and forever linked to the historic Declaration of Arbroath made in 1320. Visitors to the area can also enjoy a breathtaking road trip along the 20-mile coastal route from Arbroath to Montrose.

For the Peter Pan fans out there, stop off for a fascinating trip to J. M. Barrie’s birthplace at the traditional weaver’s cottage in Kirriemuir. 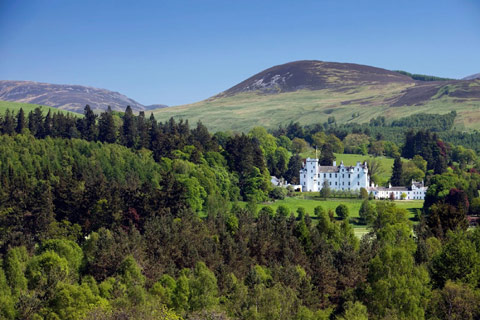 As one of the most historic castles in Perthshire, this 15th-century masterpiece is the ancestral seat of the Dukes of Atholl and the home of the Atholl Highlanders, Europe’s only private army.

The castle has seen many famous visitors including Mary, Queen of Scots, Bonnie Prince Charlie and Queen Victoria.

Nestled by the banks of the River Tummel this Victorian spa town boasts Ben-y-Vrackie as a backdrop.

Explore this vibrant city overlooking the River Tay. Be sure to check out the V&A and the RRS Discovery, Captain Scott’s ship on his Antarctic explorations. 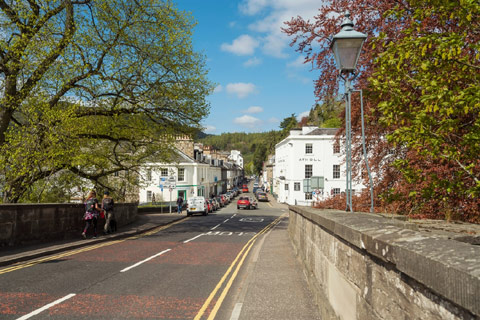 This pretty village has a ruined cathedral ideally situated by the River Tay. Look out for the attractive "Little Houses" that date from the 1700s. Nearby enjoy a woodland walk to visit Ossian’s Hall and the tumbling Black Linn waterfall.

Opened in 1878 by the sons of John Dewar, one of the early pioneers of whisky blending. The “Dewars World of Whisky” tells the history and traditions of the Dewar’s brand.

The childhood home of Queen Elizabeth, the Queen Mother and primary setting for Shakespeare’s Macbeth.