Discover the Magical Kingdom of Fife

The charming Kingdom of Fife is a region jam-packed with coastal gems, royal connections and, of course, golfing traditions.

The Ancient Kingdom of Fife 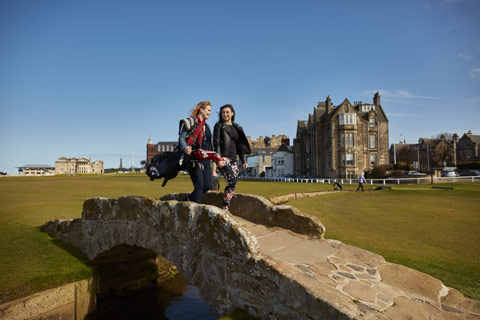 As the ancestral home to some of Scotland’s most iconic historic figures and monarchs, there are tonnes of interesting places to visit in Fife. The surrounding area is bursting with history and wonderful tales from days gone by.

The loamy fertile soils of the surrounding countryside make for perfect farmland and naturally, some of the best golf courses in the world. Golfers travel from far and wide for a spot of golf on Fife’s lush green fairways. Some of the World's most notable courses are to be found here.

Best Places to Visit in Fife

Although the historic county of Fife only stretches fifty miles across at its widest point, its historical significance and natural beauty make it an important part of Scottish culture.

The Kingdom of Fife spans across four different regions:

Each region splits Fife into four very different areas — each with their own unique look, feel and history. The best coach tours to Fife will take you through each region and help you explore the farthest corners of the ancient Kingdom. 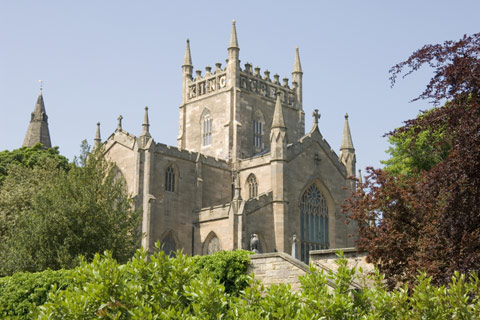 The former capital of Scotland, Dunfermline lies towards the south of the county and boasts impressive views of the world-famous Forth Bridges to the South.

Today, visitors can ride across the world-famous Forth Bridges (by road or rail) as they journey north of Edinburgh. The impressive 2.5km structures stretch across the Firth and Forth — transporting over 21 million passengers every year.

The south of Fife is also home to the Kingdom’s largest settlement — the ‘Lang Toun’ of Kirkcaldy.

North of Kirkcaldy, in Central Fife, the highlights are the historic village of Falkland with its impressive ruined palace and the country town of Cupar, a charming market town set in rolling countryside.

The northeast corner of Fife is home to a wonderful cocktail of rolling hills, dramatic cliffs and sandy beaches. If you’re looking for a relaxing escape, away from the hustle and bustle of the big cities, finding yourself a quiet spot in northeast Fife is the ultimate remedy.

Fun fact: The world-famous slow-motion running scene from Hugh Hudson’s 1981 ‘Chariots of Fire’ was shot on the West Sands in Northeast Fife.

Discover Tales From the Kingdom of Fife

With Dunfermline claiming the top spot as Scotland’s capital for over six centuries, Fife has developed a rich cultural history. Learn about this enchanting pocket of Scotland as you explore ancient castles, iconic landmarks and rolling countryside.

Are you ready to pack your bags and explore the best places to visit in Fife?

For the golf fans out there, Fife is a treasure chest, filled with some of the best courses on the planet. The ancient town of St Andrews is best known as the “home of golf”. Fans can see the famous Old Course and visit the British Golf Museum, which tells the history of the game.

St Andrews is steeped in history and bursting with interesting attractions. No visit to St Andrews is complete without stopping off at: 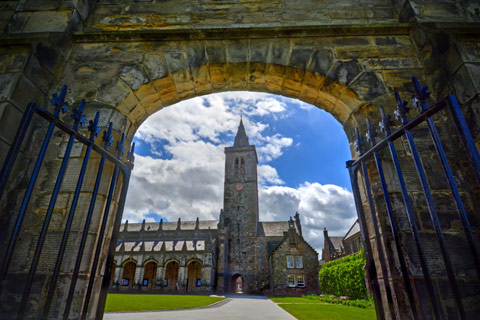 The University of St Andrews

Founded in 1413, St Andrews is home to Scotland’s oldest university.

The ruined remains of this 12th-century masterpiece were once the centre of the Medieval Catholic Church in Scotland.

Climb the 33m tall St Rule's Tower to get amazing views of St Andrews and the surrounding countryside.

The spooky remains of St Andrews castle are home to the infamous bottle dungeon.

The bustling town of Dunfermline was once the capital of Scotland. The splendid abbey is the final resting place of many Scottish Kings and Queens including Robert the Bruce.

The site also includes the ruins of a palace built by King James VI in the 16th Century. A short drive away lies medieval Falkland where another Royal Palace was built in the 16th Century as a hunting lodge for several Scottish monarchs. 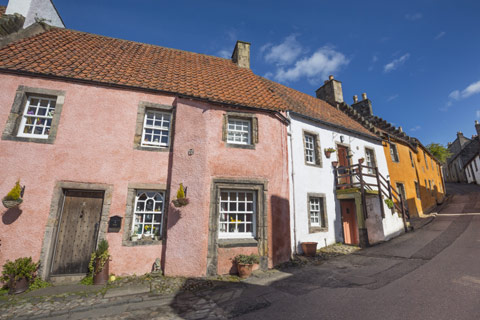 Falkland was used as a filming location for the hit Outlander TV series as was the historic village of Culross, which played the part of fictional Cranesmuir.

Reminders of Outlander also feature at the 13th century fortified residence of Aberdour Castle. Bask in the impressive grandeur of what is believed to be the oldest stone castle in Scotland to have stood the test of time. Aberdour Castle doubled as the Benedictine monastery in the Outlander series.

If that wasn’t enough, visitors can also enjoy a smooch around the old suburb of Dysart to the east of Kirkcaldy. The town’s historic harbour is famously used as a filming location for “Le Havre” in Outlander.

In the East Neuk (‘neuk’ is a Scots word for corner) several quaint fishing villages with picturesque harbours can be found. The Scottish Fisheries Museum in Anstruther tells the story between the sea and these traditional fishing communities.

Why not treat yourself to some hearty Scottish food with a bag of fresh fish and chips on the seafront?

Best Places to Visit in Fife 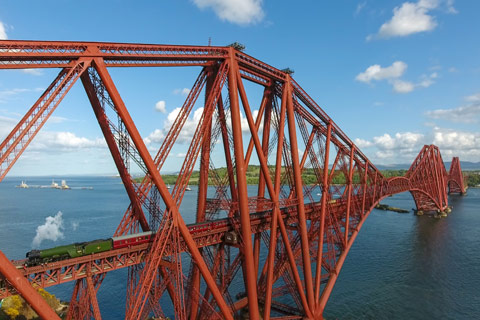 See the three bridges that span a Century including the magnificent Rail Bridge, now a UNESCO World Heritage Site.

This historic seaside town is world-famous as the home of golf.

Discover the many historic treasures including the Royal Palace and 12th century Abbey, the resting place of Robert the Bruce and 11 other kings. 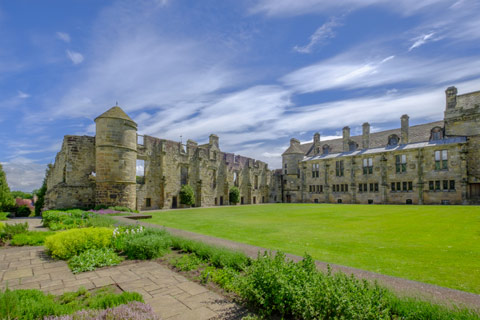 Famous for its Royal Palace, a popular country retreat of the Stuart Kings and Queens. Take a stroll through the attractive grounds to see the World's oldest tennis court.

This quaint town played the part of Inverness in the Outlander TV series.

See the island castle that held Mary, Queen of Scots and hear of her dramatic escape.

This historic harbour town had a flourishing trade with The Netherlands in the days of the Tall Ships. More recently it has played the port of Le Harve in the Outlander series.