Bursting with historic castles, stunning coastal towns and first-rate malt whiskies Aberdeenshire makes for a fantastic destination on your next Scottish adventure.

Discover an area steeped in rich and exciting history and culture that captures the very essence of the Scottish nation on a tour to Aberdeen and Aberdeenshire.

Where is Aberdeen and Aberdeenshire?

Located on the northeast coast of Scotland, Aberdeen is Scotland’s third-largest city. Aberdeenshire has 165 miles of coast to explore and has been rated as one of the most scenic anywhere in the world.

Despite the abundance of silvery granite buildings, Aberdeen is awash with colour thanks to the floral displays throughout the city. The city is also famed for its beautiful gardens with Duthie Park and Winter Gardens being a particular highlight. 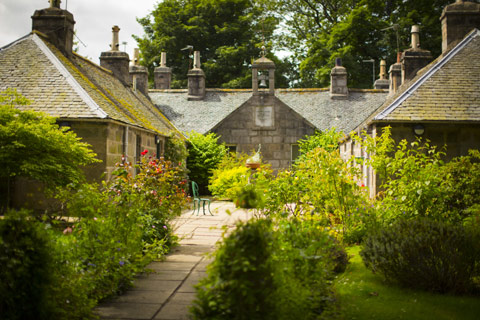 Originally a separate burgh to the north, Old Aberdeen is now part of the city and the main campus of the University of Aberdeen. Here you’ll discover a quiet, village-like atmosphere full of cobbled streets and traditional cottages.

Discover one of two surviving Scottish medieval churches with an open “crown” spire at the King's College Chapel. You’ll also find the spectacular fortified kirk of St Machar’s Cathedral with buildings that originally formed Old Aberdeen before the university was founded in 1495.

Explore beautiful period rooms furnished and decorated to show what  life was like in the 17th, 18th and early 19th centuries in this magnificent house. Take a step back in time as you wander through the Great Hall, parlour and bedrooms.

Throughout Provost Skene’s House you’ll find exquisite hand-carved plaster ceilings commissioned by the Lord Provost George Skene, who was a Scottish merchant and provost of Aberdeen in the late 17th century. 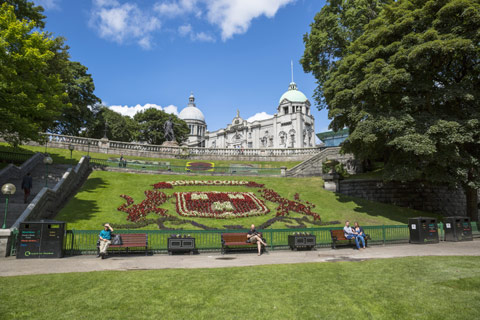 First opened to the public in 1879, these beautiful sunken gardens are a favourite spot for local Aberdonians and tourists alike. Located at the south end of Aberdeen’s main thoroughfare, Union Terrace Gardens is right in the heart of the city.

Take a stroll through the immaculate gardens and take in some of the most remarkable architecture Aberdeen has to offer, from the Library on Rosemount Viaduct to the Triple Kirks.

Aberdeen’s coastal location has meant that the city has a long connection to the sea. The museum is home to a fascinating collection covering shipbuilding, fishing and the history of the port.

As you make your way through the unique exhibits, don’t forget to stop and enjoy unmatched views of the busy harbour from the museum. Discover more at the award-winning Maritime Museum.

The Beach, Promenade and Harbour 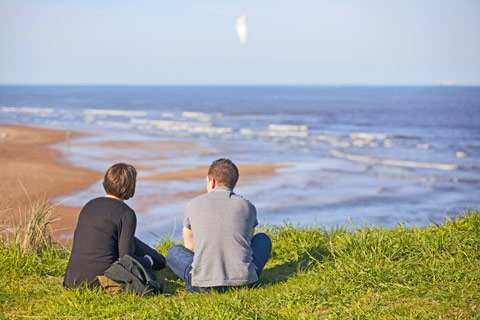 Enjoy fantastic sea views on a stroll along the 2 and a half mile promenade. While walking along the waterfront you’ll find a variety of restaurants, cafes and ice cream parlours to satisfy your every need.

Take some time to stop and watch the boats coming and going through the bustling harbour and Aberdeen Bay. You’ll quickly see why the harbour has played such an important role in the city’s commercial success over the last 900 years.

Long and remote sandy beaches, towering rocky cliffs, sheltered seaside coves and over 250 ancient castles make Aberdeenshire a magical place to explore. Here are a few of our favourite attractions to visit: 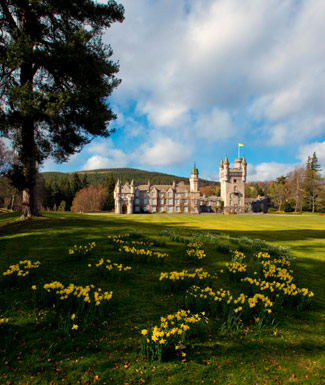 Bought by Prince Albert in 1852 this estate has been a favoured holiday home of the Royal Family ever since. Queen Victoria fell in love with the area so much that it became known as Royal Deeside. Today, The Balmoral Estate is over 500 acres including forests and grouse moors. No trip to Balmoral Castle is complete without a visit to Crathes Church and the Royal Deeside Railway.

This ruined cliff-top medieval fortress sits dramatically on a rocky outcrop on the stunning Aberdeenshire coast. The castle once hid the Scottish Crown Jewels from Oliver Cromwell’s army during his occupation of Scotland in the 1650s. Since then, it has featured in many movies including Victor Frankenstein, Hamlet and in animated form in Disney Pixar’s Brave. 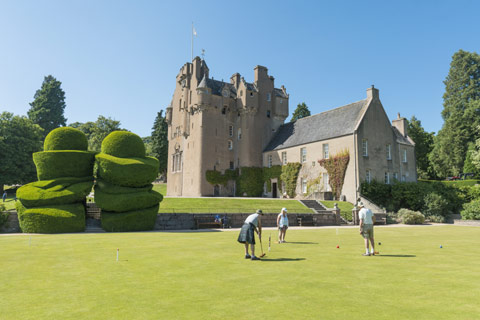 Set within its own magnificent walled gardens, Crathes Castle is like something straight out of a fairy-tale.  Discover the maze of turrets and towers on a backdrop of the rich culture and history. Surrounded by flowers and topiary, the 16th century castle has all the ingredients for an unforgettable trip.

Lying north of Aberdeen, the now ruined Slains Castle eerily looks out to the North Sea. Today, nature has reclaimed many rooms and courtyards throughout the castle making for an unsettling and mysterious experience. The castle is said to have inspired Bram Stoker with the plot of Dracula and more recently it stood in for the Queen Mother’s Castle of Mey in the hit tv show The Crown.

Alluring Towns and Villages in Aberdeenshire 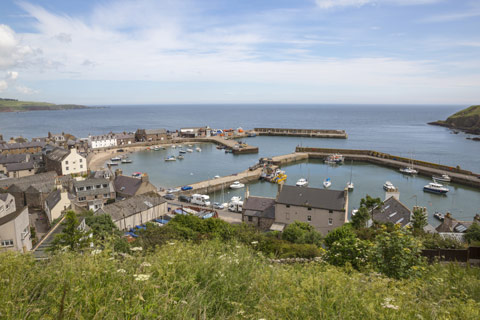 To the south of Aberdeen, you’ll find the picturesque coastal town of Stonehaven, home to a busy little sheltered harbour full of sailing yachts and fishing boats. On the quayside, one of the most prominent buildings is the Stonehaven Tolbooth Museum which in a previous life was the local courthouse and jail. Stonehaven is not to be missed!

This attractive village can be found right in the heart of the Cairngorms National Park and not too far from Balmoral Castle. Braemar is the venue for the annual Braemar Highland Gathering which are traditionally attended by The Queen and members of the Royal Family.  Rich in culture, music, arts and entertainment, Braemar is well worth a visit.

Situated on the banks of the River Dee and in the heart of the magnificent Scottish countryside this Victorian village bristles with Royal Warrants thanks to the proximity of the Balmoral Estate. As well as that, Ballater is a favoured hub for hikers and hill walkers ready to take on the mountains in the Cairngorms National Park. 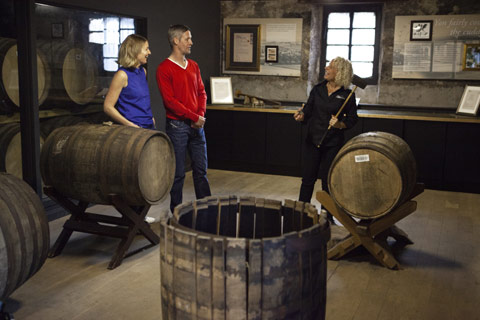 Aberdeen is home to some of the world’s most famous producers of Scotch whisky, like Glenfiddich, Glenlivet and Ardmore single malts. Even though the methods of distilling are often similar, each whisky has its own story, character and flavour.

In total, Aberdeenshire features 7 working distilleries, a historic distillery and the Speyside Cooperage are the ideal way to learn the history and traditions of whisky production. Explore the distilleries along the famous Malt Whisky Trail and enjoy a dram of the very best Scotch whisky for yourself.

Explore some of the most beautiful castles, charming towns, and rich culture that Scotland has to offer.