The Outer Hebrides Guide (Part One)

Also known as the Western Isles, these islands sit at the very edge of Europe and provide a unique holiday destination. Come here to discover spectacular beaches, pre-historic history and the lilt of Gaelic, which can be heard throughout these islands.

A Scottish Island holiday is just the tonic for today's busy lives so why not set your watch to island time, kick back and plan your perfect Hebridean holiday.

Where are the Outer Hebrides Islands?

Located 40 miles (64 km) into the Atlantic Ocean and running parallel to Scotland's west coast the islands of the Outer Hebrides stretch for some 130 miles (209 km). There are more than 40 islands in the archipelago of which 15 are inhabited.

How do I get to the Outer Hebrides?

The easiest way is to join one of our Outer Hebrides coach tours, where all the arrangements are made for you. You can sit back and let an expert driver/guide handle the driving on narrow single-track roads. They make it look so easy. 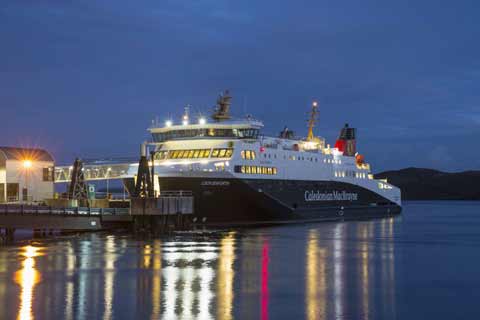 If you fancy doing your own thing, then Caledonian MacBrayne operates ferry services from Uig (Skye) to Lochmaddy (North Uist), Mallaig to Lochboisdale (South Uist) and Oban to Castlebay (Barra).

There is a network of causeways and inter-island ferries, making it easy to travel from island to island. The ferry service gets extremely busy during the peak travel months, so make sure you make reservations well in advance.

If you would prefer to fly, there are services to Benbecula and Barra, where the plane famously lands on the beach. 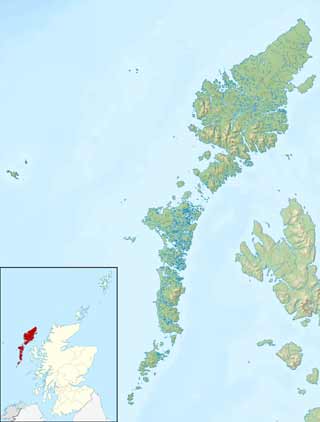 In this guide, we'll focus on the southern group of Outer Hebrides islands including North Uist, Barra and Vatersay. The second part, which will look at Harris and Lewis, will be published soon. 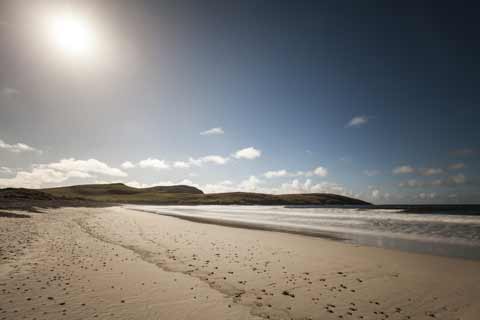 This is the most southerly of the inhabited Outer Hebridean islands and is connected to neighbouring Barra by a causeway.

The main reasons to visit this beautiful island is to enjoy the tranquillity and solitude. There are two beautiful shell-sand beaches to explore. Like most on the Outer Hebrides, this sandy beach is backed by Machair, a Gaelic word that means a low-lying grassy plain. Machair provides the ideal habitat for wildflowers which make them a riot of colour throughout the year.

While you are visiting Vatersay look out for otters, seals and herons - all are regular visitors to this idyllic island. 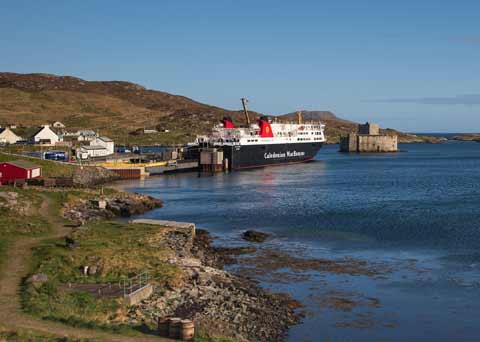 If you are lucky enough to take the Outer Hebrides Ferry from Oban to the Isle of Barra, you'll enjoy a spectacular arrival as the ferry sails into Castlebay where Kisimul Castle sits on a little island in the middle of the bay.

Kisimul Castle is the ancient seat of the Clan MacNeil of Barra. Dating from the 15th Century, It remained unoccupied for nearly 200 years until it was rebuilt in the 1930s by the 45th Clan Chief. It's possible to visit the castle by taking a short boat ride from Castlebay.

At the north of the island sits Traigh Mhor, the cockle strand. Cockles were once the primary industry on the island and were sent afar afield as London.

Today cockle strand is the runway for Barra Airport which is served with a twice-daily flight from Glasgow.

A famous resident of Barra was the author Sir Compton Mackenzie, whose house can be seen overlooking the Cockle Strand. He wrote some of his most famous works here including "Monarch of the Glen" and "Whisky Galore".

This little island secured its place in Scottish history on 23 July 1745 when Prince Charles Edward Stuart landed here at the start of his ill-fated attempt to capture the British crown for the Stuart dynasty. Just like his father, who had made a similar attempt in 1715, this Jacobite Rebellion was to end in bloody defeat. 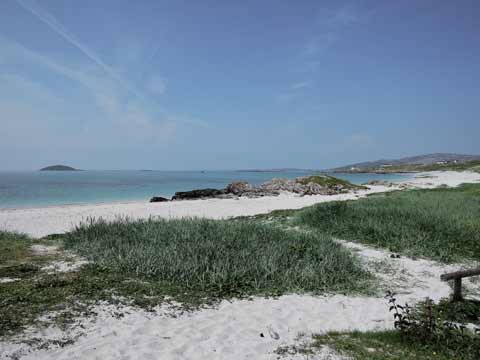 Despite early success and amassing an army of nearly 14,000, his dream came to an end when the Prince's army was routed by the Government forces at the Battle of Culloden. Bonnie Prince Charlie, as he was popularly known, fled to the islands to escape the Redcoats who were searching for him. Despite a bounty of £30,000 on his head he was never betrayed and eventually he made his escape to France.

You can pay a visit to Coilleag a' Phrionnsa, "The Prince's beach", to see where it all started and to reflect on one of the great "what ifs" in British history.

Sir Compton MacKenzie's book “Whisky Galore” is based on the real-life story of the sinking of the SS Politician on Eriskay in 1941. The cargo included 28,000 cases of malt whisky, much of which was efficiently liberated by the islanders before the official rescue party arrived.

South Uist is an island of contrasts. To the east, there is excellent hill walking opportunities to savour the panoramas over the inlets and bays. Head westwards to find ancient history and nature at its best. 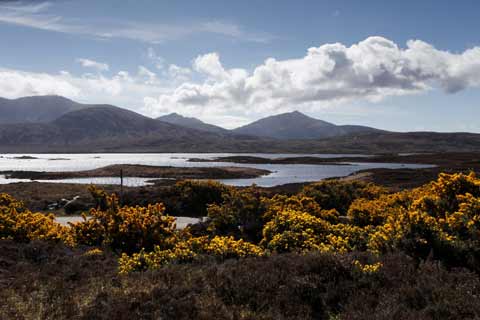 A climb to the summit of Ben Kenneth, at 275 m (902 feet) offers stunning views over Lochboisdale, the island's main community and the ocean beyond. See if you can spot the little isle of Calvay and its 12th Century castle.

Towards the north of the island is the little village of Howmore, which has a cluster of traditional thatched roof blackhouses. This style of dwelling was popular in the Outer Hebrides until relatively recently.

Not too far away lies the Loch Druidibeg Nature Reserve. This sizeable freshwater loch is an important breeding ground for greylag geese and, a popular hang-out for mute swans too. 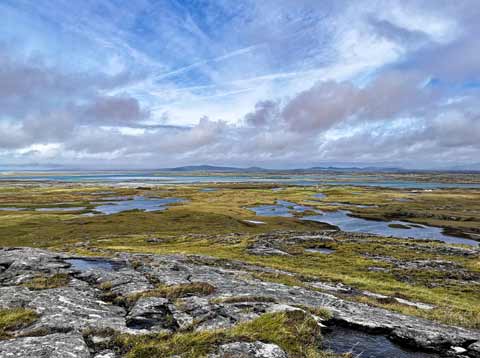 This low-level island is a mere 6 sq miles (15.5 sq km) and is studded with lochans and peaty moorland. There is just one hill, Rueval, which is 409 feet (124 m) tall and offers a birds-eye view of the island. According to local legend, you can count up to 90 lochs from the summit.

Nunton House is now a hostel, but in the 18th Century, it was the home of Clan Chief of the Clan Ronald. It was here that Bonnie Prince Charlie met Flora MacDonald for the first time. She disguised him as her maid, Betty Burke before they both sailed "Over the Sea to Skye".

Although the Prince escaped, MacDonald was captured and sent to the Tower of London. She was eventually released and later emigrated to Canada but returned to Scotland in 1786. Flora died on the Isle of Skye in 1790 and is buried in the little graveyard at Kilmuir. It is said her funeral was the largest ever seen in the Scottish Highlands.

Discover a vibrant artistic community here who draw on their beautiful natural surroundings for inspiration. If you take a walk on the perfect white sands of Traigh lar beach which are washed by the sparkling blue water of the Atlantic and surrounded by rolling dunes you'll soon understand what we mean.

In Lochmaddy, the main village on the island, seek out the Taigh Chearsabhagh Museum of Arts where the local community gather for mutual inspiration. This heritage centre often has local art and craft exhibitions on display. 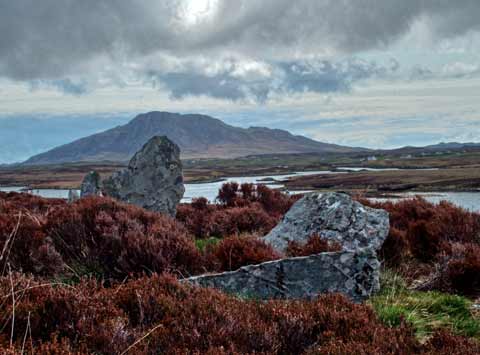 A fascinating visit is to the Udal Peninsula on the island's west side. Due to the abundance of Machair here, families have farmed this fertile land for centuries. In fact, it's thought that this area has been populated for nearly 8,000 years.

If you'd like to discover more, there's an App you can download to your smartphone where local people tell the fascinating story of the area from Neolithic times to the 18th Century.

Foodies must include a visit to The Hebridean Smokehouse where locally caught scallops, trout and salmon are smoked using locally cut peat. It makes a delicious souvenir of your visit to the Outer Hebrides.

Are you inspired to go island-hopping? Scottish Tours has a large number of options when it comes to creating your ideal Scottish Island holiday. So why not escape the day to day pressures and enjoy some relaxing time on the Scottish Islands.