Exploring the Mountains and Hills of Scotland

When you think of the Scottish landscape, you can’t fail to imagine towering, misty mountains set amongst the sparkling lochs and deep dramatic glens of the Scottish Highlands. Some of our most iconic landscapes feature these towering peaks centre-stage.

Beloved by locals and visitors, they are a vital part of Scotland’s identity and have played silent witness to some of the most important events in the nation’s history. Whether you like to climb to the very top or gaze upwards to the summit, we hope you will enjoy this look at some of Scotland’s most famous and best-loved mountains.

What is the highest mountain in Scotland?

Ben Nevis, at 1,345m, or 4,412 ft, is the tallest mountain in Scotland (and in the UK as a whole). Part of the Grampian mountain region, ‘The Ben’ as it’s known to locals, is an ancient collapsed volcanic crater near the Lochaber town of Fort William. 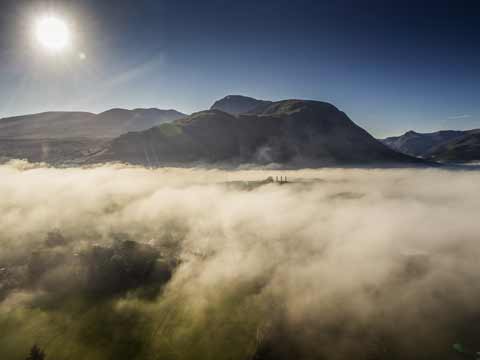 Most climbers begin their ascent of Ben Nevis from the path at Achintee, on the mountain’s east side. Achintee is about 2 miles from the centre of Fort William, widely known as ‘the Outdoor Capital of the UK’.

This route, commonly known as the Pony Track, or Mountain Path, is the simplest way to the top, although there are alternative, more challenging routes for experienced hillwalkers to climb Ben Nevis. For campers, the Glen Nevis campsite sits right at the foot of the Ben.

Views from the summit are, as you would expect, breathtaking. If the weather is favourable, climbers can see as far as the Torridon Hills, Caithness, Ben Lomond and even County Antrim in Northern Ireland. 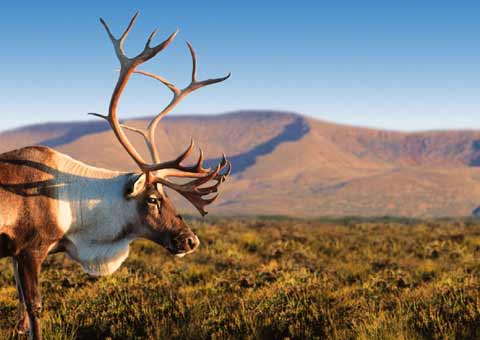 The 5 highest mountains in the Cairngorms are:

The Cairngorms is the most extensive and diverse arctic region in the UK, and is of great scientific importance for its climatic conditions and native wildlife - the Cairngorm reindeer herd comprises of around 150 animals that were introduced to the Cairngorms in 1952 by a Swedish couple. They roam free, and it’s possible for visitors to take a guided tour to see them.

The Red and Black Cuillin (pronounced “Coolin”) are two mountain ranges on the magical Isle of Skye. The forbidding Black Cuillin are separated from the less rocky Red Cuillin by Glen Sligachan. There are 11 mountains of over 3000 feet high on the main Black Cuillin ridge, and a full traverse of all 11 of these is considered the ultimate mountaineering challenge in the UK. 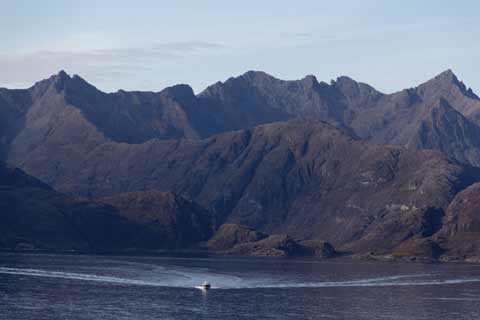 Sgurr Alasdair at 992m (3,255 ft) is the highest of the Black Cuillin and also the highest point on Skye, but it’s Sgurr Nan Gillean, the mountain closest to Sligachan, which is probably the most famous of all the mountains on Skye. There’s a fair chance you’ll have seen photos of this iconic peak, with its striking jagged outline rising majestically up from the glen.

You may also have heard of the notorious Inaccessible Pinnacle, affectionately (?) known amongst mountaineers and rock climbers as the In Pinn. It’s an exposed fin-shaped blade of rock which sits on top of Sgurr Dearg, requiring anyone who wants to conquer this peak to have rock-climbing skills and nerves of steel!

The Cuillin has been designated a National Scenic Area, in recognition of its exceptional beauty, typical of Scottish scenery, and to protect it from development. The area is also an important breeding site for golden eagles and has been awarded Special Protection Area status for them.

The mountains of Glen Coe

Most tours of Scotland include a journey through the most famous valley in the Scottish Highlands - spectacular Glen Coe, in north-west Argyll, infamous for the massacre that took place in 1692 when 38 men from Clan MacDonald were killed by government forces.

The beauty of this place is in no small part due to the peaks of the Bidean Nam Bian mountain. If you’re lucky enough to approach Glen Coe on the A82 road from the south, via gloomy Rannoch Moor, the views will genuinely take your breath away. The dramatic ridges of the Bidean Nam Bian, known as the Three Sisters of Glencoe, are best viewed from the Three Sisters Car Park.

Also visible from the A82 on the approach to Glen Coe is probably the most photographed mountain in the Scottish Highlands - Buichaille Etive Mor, and you may recognise its pyramid-like shape from photos and calendars depicting Scottish scenes.

The legend of the Five Sisters of Kintail

Kintail is a region of hills in the north-west Highlands of Scotland, about 25 kilometres south-east of Kyle of Lochalsh. The ridge which rises up from Glen Shiel is comprised of peaks known as the Five Sisters of Kintail. These five sisters and their surroundings are also incredibly photogenic and are another location often photographed to display the beauty and majesty of the Scottish landscape. 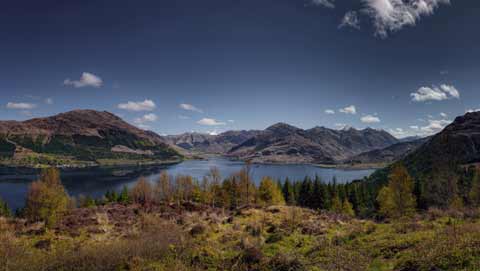 The peaks of the Five Sisters of Kintail are:

The legend tells the tale of a local farmer’s seven daughters. The two youngest daughters married visiting Irish princes who promised to send their five brothers over to marry the remaining five sisters. Sadly, the other brothers never appeared, and the five sisters allowed a magician to turn them into mountains to preserve their beauty, while they waited in vain for their husbands to come. 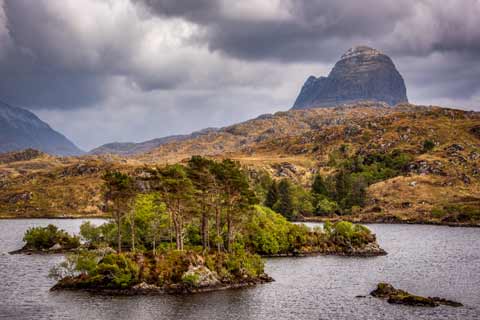 Suilven may not be one of the highest mountains in Scotland, at 731m. Still, it’s undoubtedly one of the most iconic and interesting, with its otherworldly rock formation, its dome shape when viewed from Lochinver, and its remarkable 2-kilometre long ridge. Suilven is located in remote Assynt, which is part of the Sutherland region - ‘Europe’s last great Wilderness’, and part of the famous North Coast 500 route.

You’ll need real dedication to climb Suilven as the starting point is 6 miles from the nearest road, but the view from the summit over the Assynt wilderness in all directions is staggering.

A guide to Munros, Corbetts and Grahams 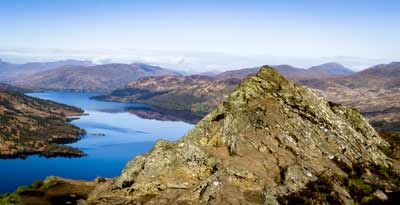 You’re sure to come across the designation ‘munro’ when researching the highest Scottish mountains, and ‘munro bagging’ for those dedicated adventurers who seek to climb them all, but did you know there are other categories of Scotland’s hills according to height?

Sir Hugh Munro was an original member of the Scottish Mountaineering Club (SMC), and he compiled the first list of Scottish mountains over 3,000 ft, which have since come to be called Munros. There are 282 of these, and within that list, there are 9 which are over 4,000 ft. 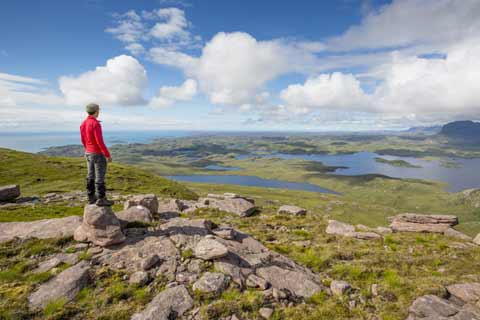 As with any trip into the mountains, whether it’s a day hike or an extended expedition, preparation and safety are paramount. Check mountain weather forecasts before you set off, and make sure you have the correct walking and climbing equipment. There are plenty of outdoor shops wherever you go in Scotland, so you can stock up on the best quality gear and supplies.

Remember - the mountain weather in Scotland is famously changeable! The Mountain Weather Information Service is an excellent resource for checking the weather conditions in mountainous regions throughout the UK.

Join one of our tours to discover Scotland’s famous mountain scenery in person. We’ll also introduce you to shimmering lochs, picturesque villages and ancient castles too. Let us take care of the driving, so you can sit back, relax and enjoy some of the finest scenery in the World.