More than 60 Highland Games are thought to take place throughout Scotland each year, from Caithness in the north to Carmunock in the south. The Scottish diaspora embraces these festivals of Scottish culture, so you can also find well-attended events in many counties, including the USA and Canada.

These games events are packed full of Scottishness and are a fabulous mixture of sporting endeavour, stirring pipe band displays and colourful dance. Discover the story behind these annual Highland Games with this guide from Scottish Tours. 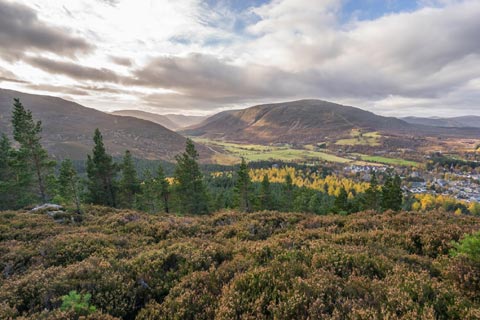 It’s thought that the origins of today’s Highland Games date back over 900 years when the monarch, or in later times the Clan Chief, would hold a series of tests to select the toughest and strongest fighters for their army.

The first reference to an athletic event goes back to the time of King Malcolm III. He ruled Scotland from 1058 to 1093, ascending to the throne by killing the previous King, Macbeth, in a battle. In need of a team of Royal Messengers, he ordered men to race to the peak of Craig Choinnich near Braemar. Only the fastest got the job!

It wasn’t just athlete’s that were selected. Musicians and dancers were also auditioned to enhance the stature of the clan. 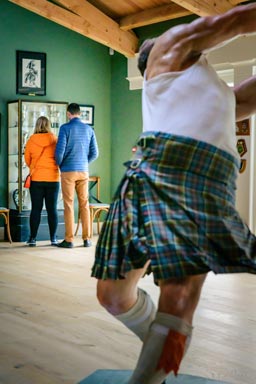 The Ceres Games in Fife have been taking place since 1314 and are considered the oldest games in Scotland. King Robert the Bruce gave the village a charter to hold a market and games in gratitude for the villager’s support during the Battle of Bannockburn.

After the Jacobite Uprisings and their defeat at the Battle of Culloden, the 1746 Proscription Acts removed the authority of the clan chief and banned the wearing of kilts and tartans. Even playing the bagpipes could mean transportation to the colonies! The law was in force for nearly 40 years.

When the Proscription laws were repealed, the Highland Games that we know today were born. There was great interest in restoring our national customs, and the first “modern” Gathering took place at Falkirk in 1781.

Since then, the popularity of these cultural events has gone from strength to strength and are an essential fixture in the year for many Scots and visitors alike.

What events are in the Highland Games

Highland Games are renowned for their combination of music, dance, and sporting events.

In addition to the usual athletic competitions, there are the famous “Heavy Events”. These include Tossing the Caber, Hammer Throw, Shot Put and Tug O’ War. On a more light-hearted note, Haggis Hurling has become a popular competition at many gatherings! 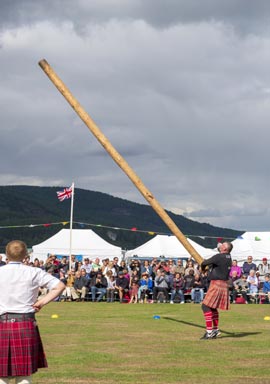 If any one event symbolises the Highland Games, it is the scene of a “heavy” athlete throwing a full-length log of Scots Pine into the air. No gathering would be complete without this impressive spectacle.

The tree trunk tossed in highland games started out as a way to breach a chasm. Today the purpose is to flip a log (caber is Gaelic for a wooden beam) 19ft 6 in (6 m) tall to hit the ground at the 12 o’clock position.

Competitors are judged on how straight or how close to the 12 o’clock position the caber lands. 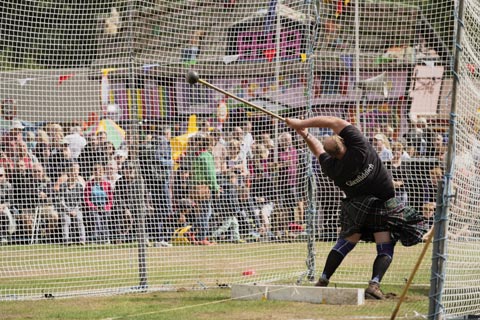 The Highland Games hammer throw involves swinging a 22lb metal ball (9.97 kg) attached to a long wooden pole around the competitor’s head and then throwing it as far as possible.

The Hammer Throw is also an Olympic event, but unlike the Olympic Games, the rules here prevent the competitor from spinning, so they wear special shoes with long spikes to keep them rooted to the spot.

This popular event involves throwing a large stone (around 20-26lb in weight) after either a short run or from a standing position.

The winner is the contestant who threw the stone the farthest. 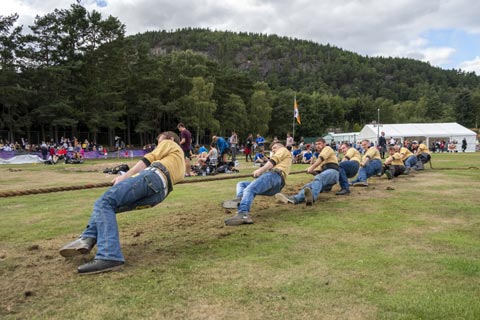 Fiercely competitive, the Tug O’War sees two teams of eight men pulling against each other on a thick rope. A marker is tied to the rope, and the idea is to drag the opposition forward by six feet so the marker passes over the winning line.

Each team is encouraged by another team member who coaches them and offers words of encouragement. There’s usually audience participation too, as the crowd is urged to cheer for their favourite team. 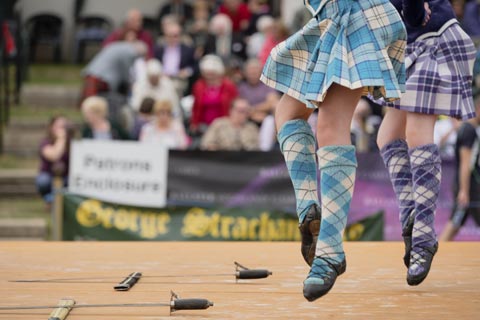 Apart from athletics and heavy events, an essential element of any Highland Games is the dancing competitions featuring solo dancers and groups inspiring the crowds with their energetic routines and fancy footwork.

Undertaking Highland Dances such as the Highland Fling, Sword Dance and Sailor’s Hornpipe, the competitors are dressed in traditional Highland Games attire.

Taking place in the delightful village of Braemar on Royal Deeside, this landmark event is possibly the most famous Highland Games Scotland hosts each year. ”The Gathering”, as it’s known locally, has taken place on the first Saturday of September since its inception in its present form in 1832. 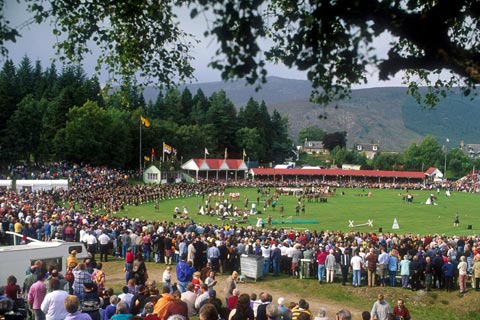 Famed for its Royal connections, Queen Victoria first attended the Braemar Gathering in 1848 and became Royal Patron in 1866. HM The Queen is the current Royal Patron and traditionally attends the games with other members of the Royal Family.

The Gathering is famous for the calibre of the pipe bands, many of whom travel internationally to perform. At noon, all 12 bands attending march into the arena as the Massed Pipes and Drums to a rapturous welcome from the crowd.

Follow this link for more information on attending the Braemar Highland Gathering.

When are the Highland Games in Scotland

Most games take place at the weekend. 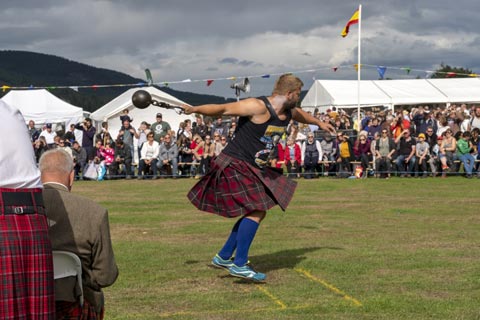 Here is a selection of dates for your diary: 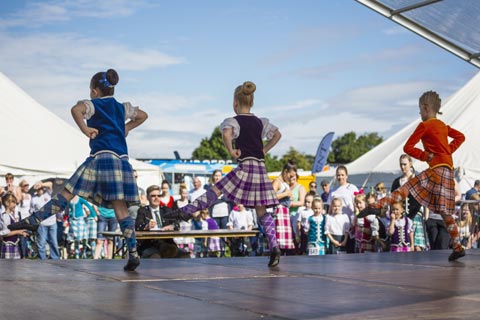 Discover the spirit of Scotland on a Highland Games day tour from Edinburgh. Travel through spectacular highland scenery to attend one of Scotland’s premier Highland Gatherings.

At Scottish Tours, we’re passionate about letting our customers experience the real Scotland.